I have been following the oils discussion on the other subject of oil in the Moss box. I will try switching to 30 weight non-detergent. I have been using the same oil as in the engine - 20W50 non synthetic. My problem is the overdrive unit gets stuck in the on position when the box gets hot. It generally then releases when it cools. A big problem for me is that I cannot reverse when it sticks. Not sure if the solenoid is energized when stuck or if it is purely a mechanical problem. Tried measuring the four contacts accessible under the tunnel cap. Three measure 11.7V when switched out of overdrive and one zero. When energized the same three measure 11.4V which I think, indicates the overdrive solenoid is activated. I will try SAE30 and see if there is any difference.
Does anyone have knowledge of the operation of the overdrive? I believe there are two solenoids - one to activate and the other to pull the solenoid back out.

In our family XJ6 4.2 SI with a Laycock: the problem with the OD stick had nothing to do with the oil or the solenoid itself, but with the electrics: the cables and connections were simply aged and the resistance was high, the solenoid was not getting the full 12.5-13-5 voltage,

We renewed the cables and all was fine.

Only one solenoid, located on the left side near the rear. It just pulls a lever up when activated, releases the lever when off, the lever should drop down. 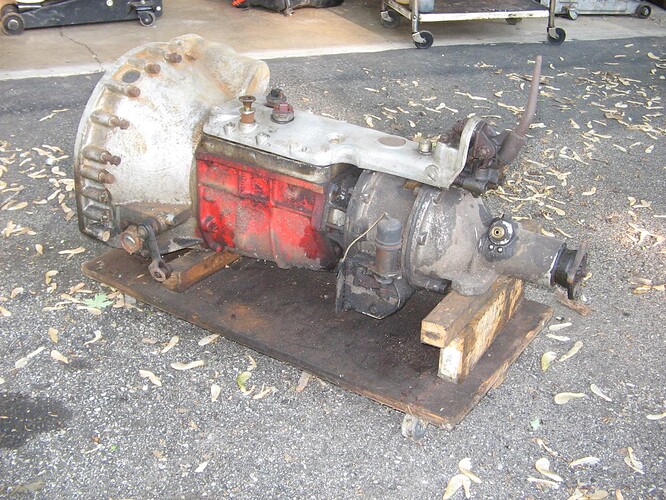 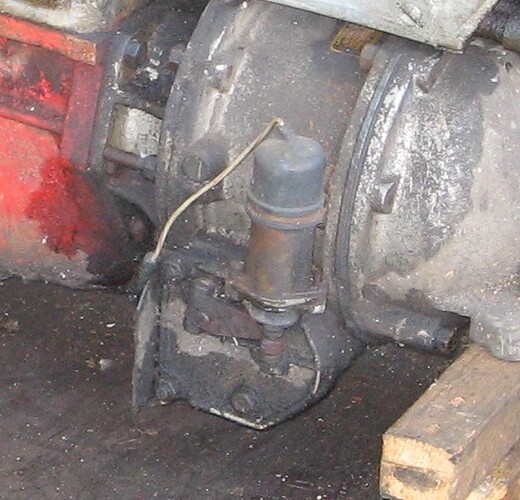 In case you’re interested how the overdrive works (and to what extend the choice of the oil type affects its functioning) I’ve attached a service manual for the Laycock Overdive. Although this manual was made for early Ferrari’s (so we’re in good company) it is the same type A Overdrive that is used in our XKs. You can skip the info on the Laycock D type overdrive.

Bob, thanks for the tips and for the Ferrari book on the overdrive unit. I have the Jaguar booklet but it is nowhere near as detailed.
Glen

Thanks Luis, we have good voltage at the terminals. Do you remember what your voltage was and how much the new wiring improved it?

Bob, the book says you must drain the overdrive unit separately. I have the “A” type drive but do not see a drain plug other than possibly the huge brass nut on the bottom of the overdrive. I was told by a friend not to remove that but I think it may be the drain?

Doesn’t the manual tell you to remove that plug and clean the filter at every oil change? It’s also the drain, only item you need to be careful with is the accumulator spring, especially if the reservoir might still be pressurized

You have to drain the Overdrive via the large brass nut at the bottom, The gearbox oil can move to the overdrive, but when draining only via the gearbox a certain quantity of oil will remain in the overdrive.
Nothing will happen if you unscrew the large plug and remove the filter for cleaning. But don’t go any further than that (see pic below).
I would change the oil in both the gearbox and the overdrive, just to be safe: repairing an overdrive is much more costly… 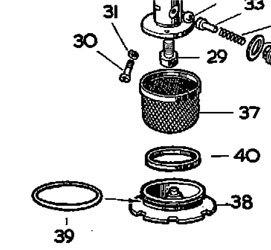 11V or so. The wiring in the gear stick gets so hot (XJ6 SI) that it was really bad and resistive.

Thanks LLuis, that would make sense if the wires were getiing that hot. I did rewire entire car so thos e wires are new. I do get a little drop at the terminals running slightly under 12V but even when engaged the Voltage at the solenoid was 11.4V.
UI think I discovered the problem in the lubricant. I was using a heavy multigrade with all the attendant latest slippery adatives. The factory was quite explicit in saying no addatives and no multigrade. 30 eight mnon-detergent. I did that and have had the car out twice in the last few days in really hot weather. (for Seattle) with no problems sticking.
Many thanks to all who offered help. Hopefully it fixes the problem permanently.

11v is good enough though knowing what the headlights get…

Not sure if I agree fully. In LLuis case the old wiring and poor connections are robbing the solenoid of enough voltage and current to drive it properly. There is a big difference between an active element like a solenoid with 1Volt drop across it vs a passive element like a tungsten filament with 1 volt drop. The active element needs enough current to drive the solenoid the filament will light up regardless (altho a little dimmer). Problem is the wiring is too light (too much resistance ) to allow the voltage to drive the solenoid fully in LLuis case.

It’s a solenoid that it being actuated, not lamps, and 11V was certainly not enough to energize it.

NOTE: in case you found the problem with the lubricant, this is really great. Would anyone reading this, check the wiring and bypass to test, make sure you do not leave it energized while testing, the last thing you want to do is forget it into reverse.

A starter solenoid or relay will work at 9V and if the wiring is too thin how is it that it worked in tens of thousands of cars from the factories?
If anything it’s not the 11V that caused trouble, it’s a bad connection that results in too little current for the strong coil in the solenoid to switch the solenoid or in too little for the hold current. I switched my compact overdrive with a moped battery that was a bit too weak to start the moped. No problem.

Indeed, it can be current, as well: whatever the electrical reason is, volts or available amps, rewiring was the solution in our case.