If anyone is interested I bought a Retrosound PA-03 motorized antenna that extends to just 17" in height. I took some pictures and made notes if anyone is curious to do the same. 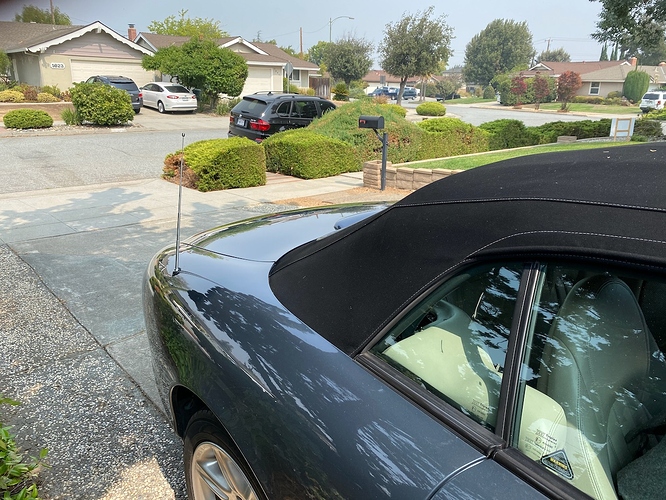 How’s the reception? Looks much better! Would be interested to know any issues you ran into

I live in an area that has a lot of FM and AM stations, so maybe lucky in that regard, but from what I can tell the reception is great. I was considering putting in a short antenna like on a Ford Mustang or something, but after digging around I found this one on Crutchfield and it had good user reviews on its reception. I like that is totally disappears like the factory ant when it off.

I wanted to install it in a manner that if I wanted to put the original style system back in that it would be easy to do. So, I reused many parts from the original ant. For instance I removed the electrical connector and rf cable from the original mast and attached them to the Retrosound Ant. So its plug and play. This added time to the install, could of just spliced in the two power wires directly into Jags wiring harness to save time, and bought an adapter for the rf cable. 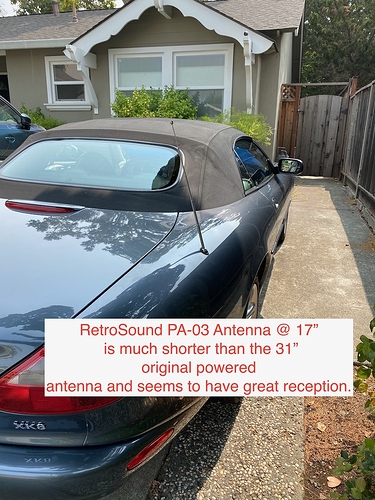 So looking at the picture, does it lean in towards the trunk, or is that an optical illusion? Or was that a personal preference?

There is some leeway in adjusting the angle. I reused the stock rubber grommet (which extends about half an inch below the fender) which is molded to aim the antenna a predetermined angle. Having said that, there is plenty of adjustment you can do. The new power antenna assembly is much smaller than the stock unit. In order to give it a sturdy mounting with good stability an included back strap piece is bent and angled to aim the bottom of the new antenna assembly. 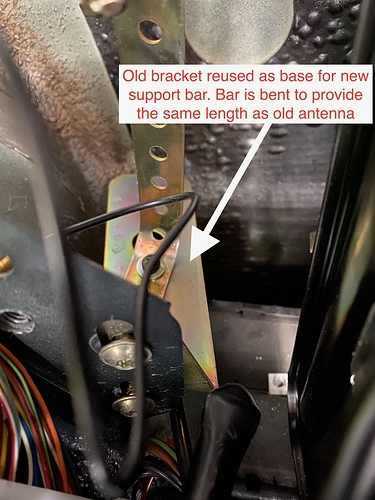 In the photo above, the base bracket shown was originally bolted directly to the bottom of the factory antenna. Gives you an idea of how much smaller the new unit is from the original.

Antenna in the lowered position. 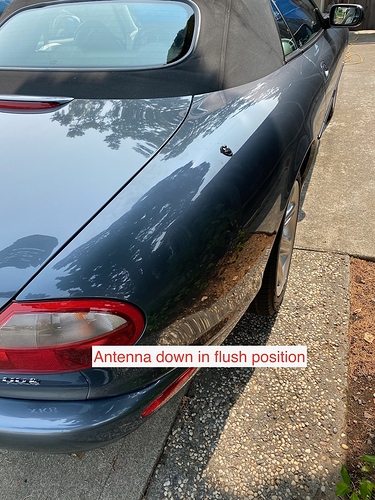