just some months ago I was under the impression that old threads were somehow “pulled out”, appeared on the list and fooled listers into replying. Then the general answer was that this is not the case.

Just now I find a thread on my list “[xj] off topic Men’s Hockey” with an activity 10 hours past that is in fact ten years old - including the last posting. 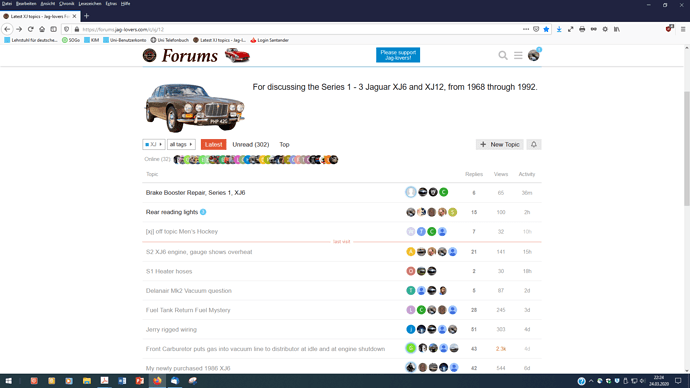 Anyhow, thanks to everybody keeping up the work for all your efforts devoted to this list making the world a more friendly, helpful, entertaining and social place, even more so in times that are little entertaining or social!

Hi Jochen, what happened was that a spammer resurrected the 10 year old thread about hockey to post a bunch of nonsense talk about liking hockey but more importantly to the spammer, a link to a sports betting site - he created a brand new profile and then posted it. Didn’t even have a Jag in his fake profile - it was some kind of Infinity.

I flagged it (maybe others did too) and the admins took down his new spam post but the 10 year old stuff remained.

Thanks Mike, that explains it.

Yes, exactly what Mike said. Thanks for flagging it, Mike!