Well, after many months sitting and a fresh carburetor rebuilt exercise, I filled both tanks with fresh petrol but it looks like the right hand side fuel gauge appears to be stuck indicating less than 1/4 of fuel. I will have to burn the fuel in the tank before I get in there and remove and inspect it. Looking through the Moss and SNG Barratt websites, it looks like these units are not available. Are there any other options than anyone is aware of in case the unit is not repairable and needs to be replaced?
Thanks.

Just went through this with a 66 Mk10 that’s been sitting for a long time. Once you get the originals out soak the arm where it hinges into the body with PB blaster (or whatever rust killer you like) and start exercising it. We got the 2 originals working again + another one from a very neglected parts car. Might take a week of applying lubricant and exercising them but they’ll most likely come back.

As you found out there’s no repros available. If we couldn’t get the originals to work I was thinking of modifying a Triumph Spitfire sender because they sit in the side of the tank like a Mk10 but it didn’t come to that thankfully.

I’d bet you can get your originals working again if you work on them a bit.

If they are not stuck, they may have an electric contact issue or broken wire inside

(both of these can usually be repaired)

These are tricky to repair - hard to solder the old corroded wires. I was able to repair one of my two. Ultimately, found two NOS units (they are different rt and lt) which was my answer. Nisonger is no longer taking repair work, but West Valley Instruments said they should be able to repair the units. You can get new plastic floats for these online - not expensive should that be the problem. At least they are easy to get to, one of the rare things on these cars that is easy.

I found that the movement in the hinge, on one sender, was very stiff, compared the other. So I simoly sprayed some penetration oil and worked the mechanism back and forth. It quickly got very easy, as I’m sure it is supposed to do.

For what it’s worth attached are some pics of a sender from a tank I have just renovated that had not been used for a long time, was 100% frozen, reinstalled and seems to be working okay now. 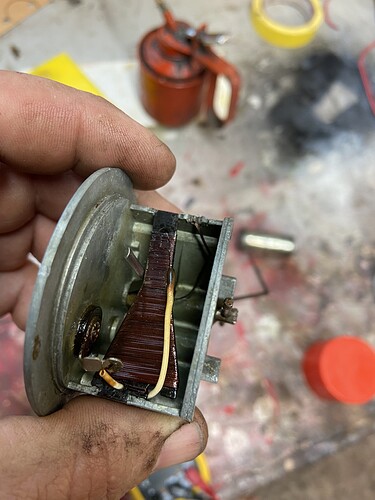 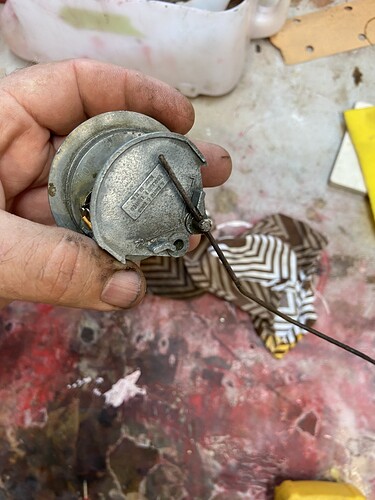 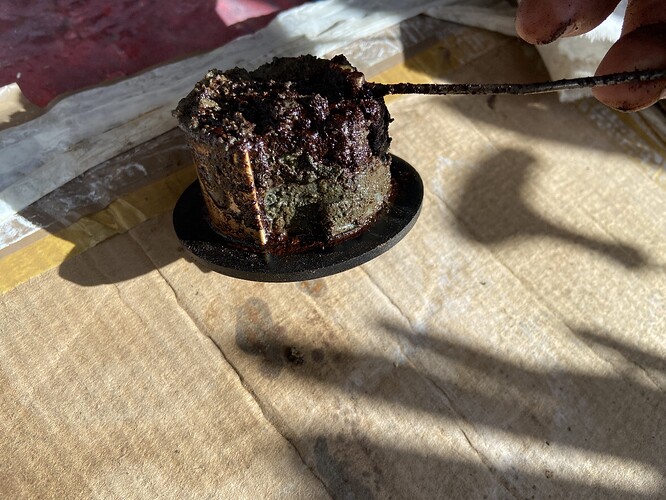 My XJ senders are a later design but work the same way and looked just as bad. Full of tar and crud. They work great now.

Time to drive the car and run the gas down so that I can remove the sender. About 4 years ago, I removed the tank and the non functioning in-tank fuel pump, replumbed the suction mechanism and replaced both pumps with later versions that mount on top of the wheel well. I did not open the mechanism up since it functioned properly at the time…

At the time I manufactured my own gasket. Do not know if these are currently available or not… 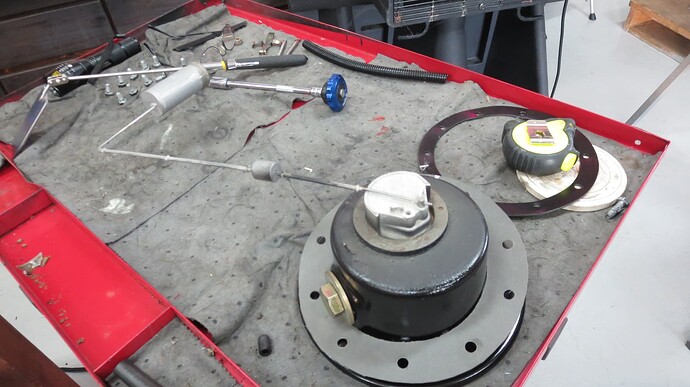 Interesting that your float rod has a weight on it. Neither my stock units, nor the NOS ones had that. Maybe it was a 3.8 feature. It’s interesting to me that these are not sealed units, and that gas apparently gets inside them routinely and doesn’t cause any problems mixing with the 12v DC resistance circuit.

Petrol is not conductive (neither is oil, you can submerge computers in oil completely, for cooling) and sparks are no concern as there is too much petrol vapor in there so it won’t burn. Not enough oxygen.