1986 vs 1997 are different suspension and rear end designs entirely

Thank you so much! I really appreciate it!

Or, go the other way around.

Don’t know what part of your great state you live in. but, there are/were a couple of guys well versed in older Jaguars there.
Names not quite clear in my head. Each posted here regularly.

You might be thinking of Bill De Creeft, bush pilot out of Homer and once-upon-a-time Aston Martin racer.

I recall some enjoyable conversations

Yup, he is one of them. I’ve also had that thought. Bill and
I shred the title of “oldest guys” at the time.

Kassaq? is the other. Memory jogged. .

I’m there with Doug, It won’t “just bolt in” Can you make it work? sure anything is possible. Jag IRS and IFS are extremely popular with the hot rodding crowd. Is it an easy fab? Nope.

Bill is doing well. Here he is (center) on Veterans Day just a few weeks ago. 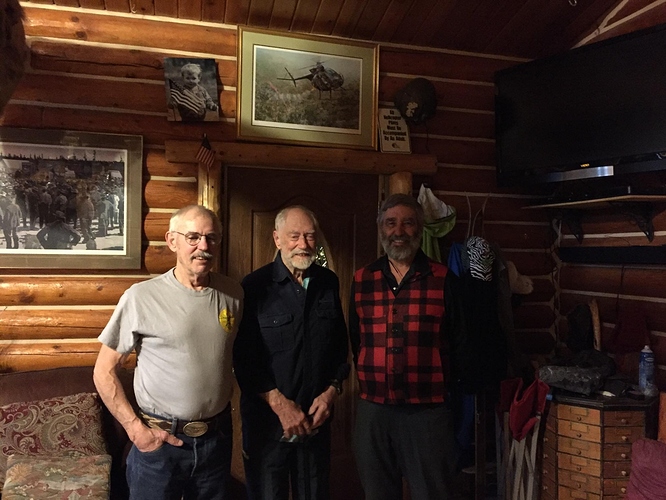 Thanks for the good news !

Kassaq? is the other. Memory jogged.

Correct–Tom Hishon; very nice guy and I think he’s posted on the new site. Tom has an XJ6 and an E-type, and visits Saint Louis occasionally with both.

Glad to get the update with good news.