Had the seam split and agree that trying to fix a plastic tank that holds some pressure might not be all that easy. So we ordered a new one. Arrived with Jaguar markings and in a Jag labeled box. When I was looking at (admiring) it something seemed off. There are four places for hoses…a medium sized one about the middle on the bottom and a space for a temp sensor and at the front two small hoses out the side and one slightly larger out the bottom. Looked like some trash in one of those so I tried to run a skewer through it. Could not get a skewer through any of the last three locations for hoses. Tried running some brush cutter twine with the same result. No luck. Looking at the old one it is no problem getting brush cutter twine in the holes and running it far enough in to see it through the filler cap. Water does not go three the three holes either…

I am assuming there is a problem but I am checking to see if there is some change in how they plumbed the coolant hoses on the beast…wouldn’t make sense but getting a part that has three outlets blocked doesn’t make sense either. Anyone else have a problem with the quality of Jaguar parts recently. Not sure but my understanding that the XJ12s used a different tank that the XJ6s at the same time.

I’m betting nobody was sure all the connections would be needed for all models, so they left them sealed. Easy enough to run a drill through the ones you need to open them up. There’s a similar situation on the carbon canister IIRC, has a tap for carb but it’s plugged off so you can use it on an EFI car.

I had a coolant tank in my V12 do exactly the same thing as yours has, separate at the seams.

The goo that holds the two parts together seem to be a soft setting compound. I decided to try and fix my tank. I scraped all the goo from both parts and decided to use JB Weld as the adhesive but just to make sure I also decided to use small machine screws and nuts around the tank perimeter.

I measured the perimeter length and used a screw about every inch. I applied the JB Weld to the bottom part of the tank and clamped the whole lot together with a bunch of large stationery spring binders. Once the weld had set I drilled holes around the tank perimeter and then inserted the screws and nuts. It has been a couple of years and I have had no trouble. Don’t forget to include the coolant level float before you close it all up.

If I can figure how to post a pic I will. 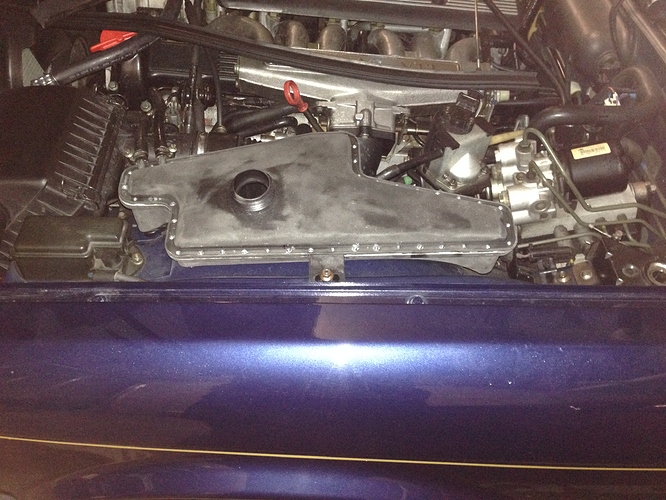 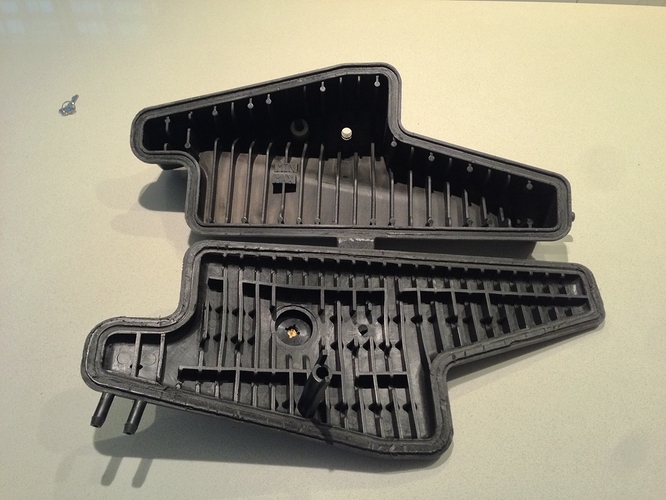 That’s some tank! I’ve never seen that thing before. Looks like someone at Jaguar just gave up on the idea of offering a clear view of the V12 engine.

I like the fix using screws and nuts. I might have used silicone rather than JB Weld.

I hate to thread jack but idk how to send a direct message. Bimbi you’re in Portland right?

There is a possibility that I might want to look at your car and drive it a little bit to compare to mine. I’ve recently done in frame main and rod bearings to cure a subtle knock and I don’t know if I fixed it or if there’s a knock or if I’m making the sound up and hearing it in my subconscious. So thought I’d look for someone who has the same make and model as I. Also would like to drive a xj12 that’s in perfect condition so I know what I’m working toward.