Wow, then I would think it certainly shouldn’t need any such major work, A.J.

How exactly did the POs abuse the car (for want of a better word) and what adverse results(s) did it have on her?

Not sure where your getting that information, but grease is only injected through Zerk fittings. Not the hole

I didn’t mention “hole”. There are supposed to be 4 Zerk fittings on each of those corners - we have discussed the procedure many times before on here, and members have submitted photos of the bottom of that plate that show the four fittings. There is also a diagram in the factory workshop literature re: rear suspension lubrication that shows them.

Those fittings comprise 4 of the total 8 lube points (two on each side for inner and outer hub bearings).

I have everything pulled apart and the only Zerk fittings are the four on each of the Universal Joints. There are no Zerk fittings on the hubs or anywhere else

Those fittings comprise 4 of the total 8 lube points (two on each side for inner and outer hub bearings).

These must be the four fittings that you are talking about. They are actually underneath the cage and are for the IRS fulcrum shaft 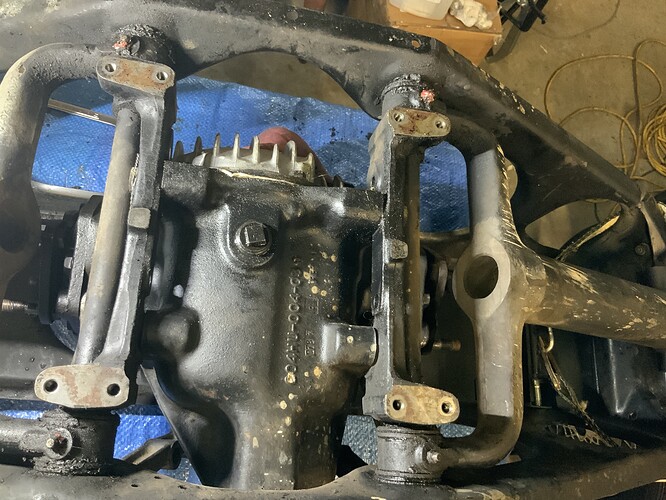 I think the next order of business is to deal with the IRS Fulcrum Bushings. I anticipate finding a whole lot of joy 🥲 there.

Change the felt seals with lip seals and modify the grease filling scheme as per the Book.

Hubs - Grease Vents modification Plugged center vent hole and drilled two holes outside the bearings, as suggested in Kirbert’s book. Now new grease will have to go through the bearings before it comes out from the vent holes and will actually lubricate the bearings. Hole distance from edge of Hub: 7mm M3 x 5 screw Chamfered the holes and added a small O-ring. [DSC_0191] [DSC_0192] [DSC_0224] [DSC_0194] [DSC_0222] [DSC_0223]

Guys, you’re really scaring me now with all these supposed modifications needed on a facelift 4.0 ('94) like my Superblue …

So, did Jag get ANY of these necessary changes made by the last MY (‘96)?

I just can’t believe they had that incompetent (indifferent?) of designers on staff, despite 20 years’ worth of models to build upon …

btw, as to the Book (and Palmdude’s own admissions in the past) I thought most of the advice in same is geared (no pun intended) toward the V-12s?

Wait a minute, Aris … I just noticed in your profile you have a pre-facelift V-12 … You do know that AJ has a 4.0 facelift?

If not, that given advice could be confusing … don’t make us slap you like Pres. Macron!

btw, I saw that event on the news today . I thought they said that France has both a president AND a prime minister (?)

IIRC, the suspension is exactly the same.

I thought they said that France has both a president AND a prime minister (?)

Yes.
And the president is the big chief.

Wow. First time I heard of a country with both

He sits under his shadow…
Greece has both as well, but it’s the opposite, the P.M. is the big chief.

btw, as to the Book (and Palmdude’s own admissions in the past) I thought most of the advice in same is geared (no pun intended) toward the V-12s?

It’s geared toward the V-12 XJ-S. If you have a 6-banger XJ-S, the engine stuff won’t help you much – but there’s still the rest of the car to consider. Of course, it’s also geared toward the 80’s XJ-S and isn’t strong on the facelift cars. But hey, the price is right!

If you have a 6-banger XJ-S, the engine stuff won’t help you much – but there’s still the rest of the car to consider. Of course, it’s also geared toward the 80’s XJ-S and isn’t strong on the facelift cars. But hey, the price is right!

For all intents and purposes the suspension on the facelift cars is virtually the same as the 80’s XJ-S although the part numbers change, but to look at one, you should be able to deal with the other. The same largely holds true for the HVAC system as well.

LOL. Very true, Palmdude, and again, I wish there is some kind of service award that could be bestowed on you for having put it together.

Oh, on the rear suspensions, one big difference of course is the inboard vs. outboard rear brakes. But I assume you’re saying the rest of the two systems are alike?

Working on the Rear Cage another milestone has been reached. I got the cage and the diff all cleaned up, dismantled the control arms, and cleaned them up. During dissemble it became that everything was worn and I happy that I decided to go all out and renew everything. Below is a photo of just one set of bushings and bearings, the bushings clearly show wear marks from the roller bearings, but all were worn, but not only that they all had various amounts of play. In my view the rear end takes a lot more abuse than the front, but gets the least amount of attention. Its also obvious why that is, the rear is more complicated and much harder to work on. 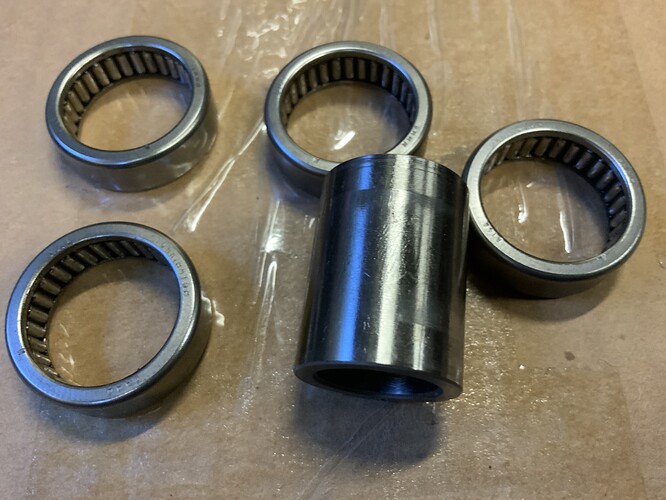 Instead of using the three ring circus of spacers and seals I decided to up the ante and never worry about the fulcrum shaft bushings again, so I went with brass. 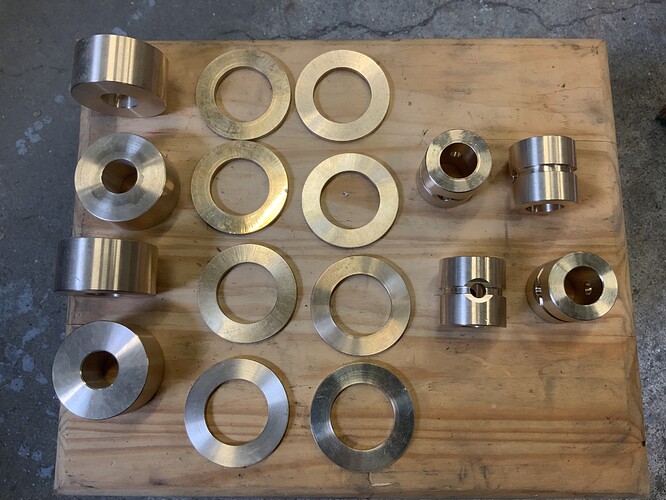 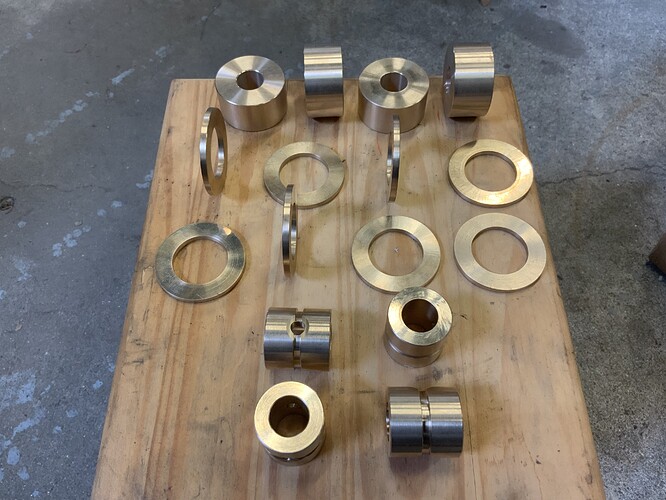 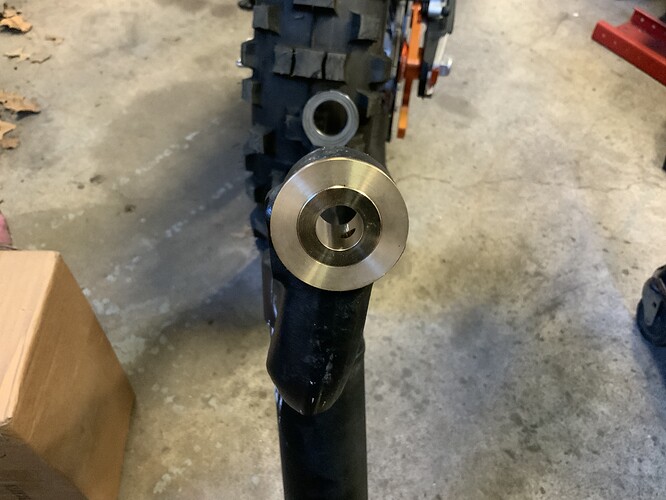 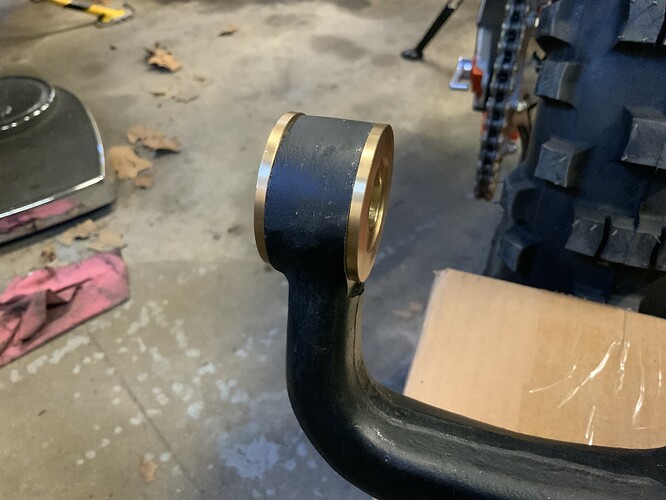 Now that, that’s done its time to move on to the hubs. 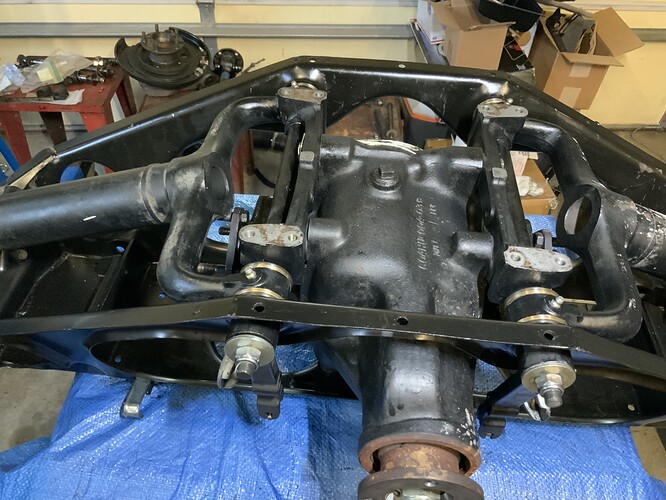 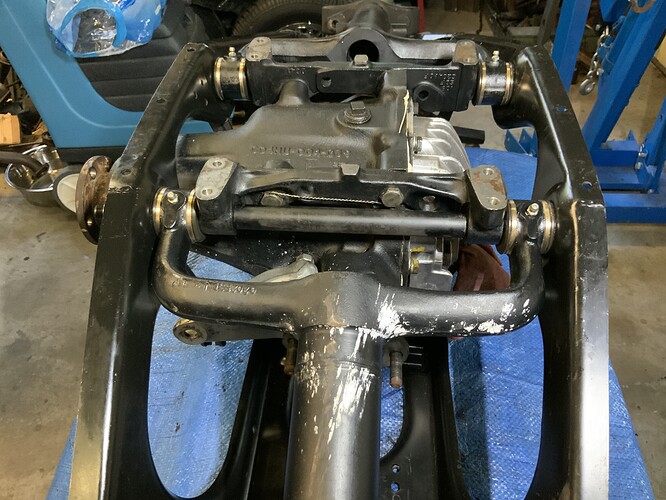 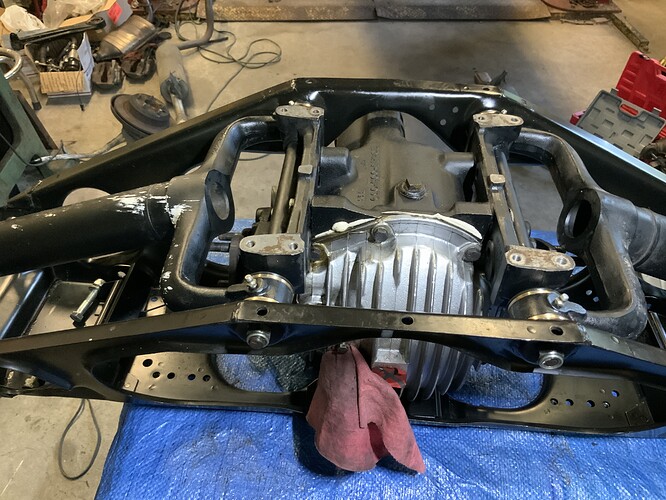 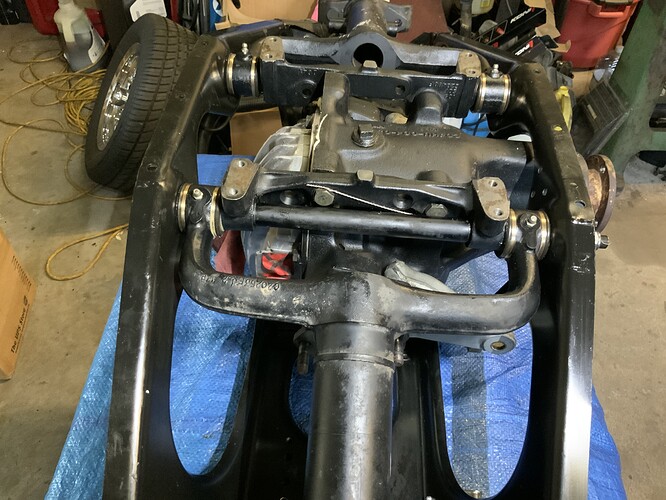 Your old bearings actually looked pretty good. On every car (and these are all Northeastern cars) that I worked on, the bearings were solid with rust. The center was often worn oval. On sweeping curves on the road, the fulcrum would move from one side of the oval to the other and the cars would have the most insane twitch! The bronze bushing you installed are borderline CHEAPER than the OEM bearings too. They are the only way to go.

The bronze bushing you installed are borderline CHEAPER than the OEM bearings too. They are the only way to go.

They certainly weren’t cheaper than the OEM bearings. They were however, much tighter fitting than the needle bearings, so I do expect so feel a difference (time will tell, I guess.)

The cars got a little over 50k on the clock and it lived and never traveled outside of Northern California until I bought it, so inclement weather is not something that it saw (zero rust).

I see you removed that rascal check plug on the differential cover. Just want to verify that it can be removed using just the bare end of a 1/2" socket drive. ?

I was in WM the other day and saw a 3-piece drive extension set (the black metal type, no less

) and thought of the task. If you snap all 3 pieces together it will extend a total of 18", IIRC. That should plenty to reach the check plug from underneath, or even via a 2" hole drilled in the boot bulkhead like (VK? Gregmatic?) created …

Good work A.J !
Never the less, I see no shims between the fulcrum shaft carriers and the diff…