And it was all going so well!

Making good progress with the assembly , and then ! Dropped the bloody coil , and where did it land ? , On a pair of circlip pliers , made a lovely hole , would you believe it !
Well if I’ve got to buy a new coil , I might go electronic . Anyone got an old seven thus converted ? 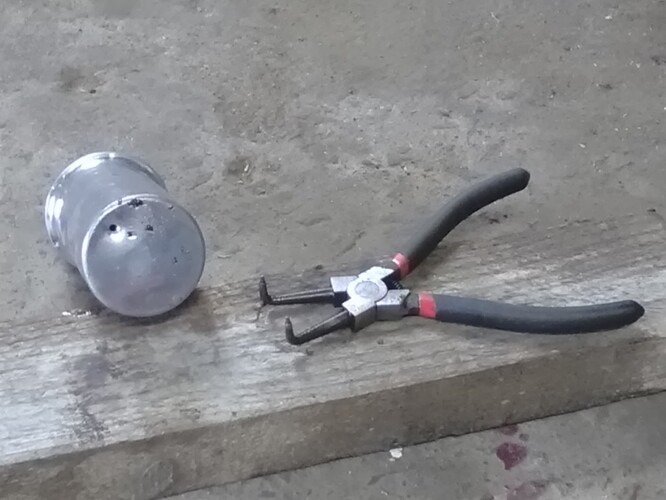 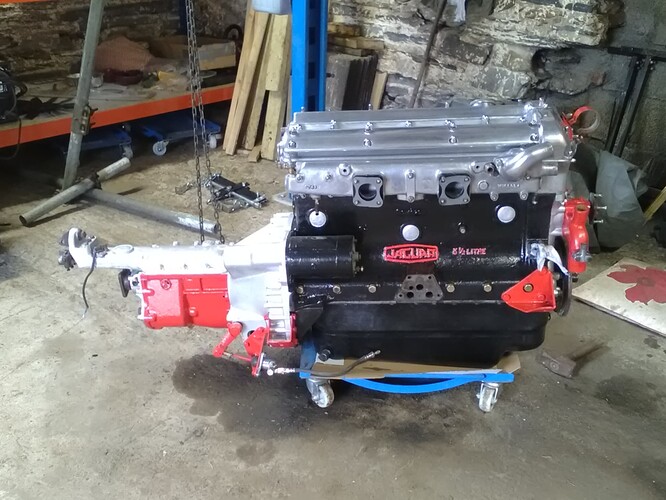 Maybe you can solder that hole closed.

Can that be done satisfactorily Rob ?

Its aluminum, so yes with good soldering technique. Is it oil filled or wax filled?
You need a good soldering iron. Sandpaper or Scotchbrite it super clean, tin it with resin core solder, then go over it to fill the hole.

It’s leaking oil . I have an electric iron .

I once bought a really interesting Lucas 6 cylinder racing distributor on eBay. The guy didn’t know what it came off of, and I didn’t either, but I bought it anyway. Paid $50 for it. I was the only bidder. After the auction closed, the guy decided to clean it up. Dropped the cap and cracked it. Six months later I finally figured out what it fit. One of approximately six 1959 Ferrari 250 GTOs. And those guys were paying $500 for OEM distributor caps.

Perhaps make up a disc covering the whole of the bottom, abraid the base and the disc and glue it on with JB Weld? I use it all the time. It’s great stuff.

Its lost a lot of its oil . What is that anyway ?

Its lost a lot of its oil . What is that anyway ?

I would not attempt to repair that coil, false economy

I would rather buy an original used coil from someome on this list or Ebay,
or fit a modern coil for the time being

My first thoughts , I’ll get a 3 ohm one , and if I go electronic that will do .

Quelle bummer. I bet you couldn’t do that if you stood there dropping the coil onto those pliers! The oil is for cooling, large commercial transformers are oil cooled. Paul’s suggestion is feasible; put some oil back in and seal it with JB Weld. It’s good stuff.

As suggested, I suspect as well that it is transformer oil. High electric strength and good cooling capability. Might be a bit difficult to find the right stuff unless you have a donor coil. Perhaps it might be better to cut your losses in the circumstances. Paul.

Not Kevin but Kenny.

Its lost a lot of its oil . What is that anyway

The oil performs two important functions. First, oil is electrically non-conductive, so it insulates the windings. Second, It is the heat transfer fluid that transfers the heat generated in the windings to the aluminum case where it is dissipated to the passing air. Without it the coil will overheat and short out to the case. More modern coils are designed to run cooler and use a plastic case, so no oil.

At my Lab we used to buy Shell Diala AX dielectric transformer oil in 55 gallon drums.

I don’t know where you would find it in a small amount.
McMaster and Grainger sell dielectric grease, which would also work if you could get it in there.

I wonder if it’s the same oil as used in those oil filled electric radiators.

Since we have now entered the realm of experimental science, here’s what I would do. Start with a little physical chemistry. Drain what oil is left from the coil into a glass jar and note the color, if any, and any identifying odor. If it’s generally clear and odorless, I might be inclined to go to a pharmacy and buy a small bottle of food grade mineral oil and a syringe, inject it into the coil then epoxy the hole. It will either work, and you will have saved the original, or it won’t, and you are no worse off than you are now.

Ordered a new coil , I think it’s the best option , and put the pliers back in the box

Ordered a new coil , I think it’s the best option , and put the pliers back in the box

I have always been wary of 90* angle circlip pliers on the jobsite as they reminded me of an upturned nail, now you have confirmed my OHS concern

Its aluminum, so yes with good soldering technique. Is it oil filled or wax filled?
You need a good soldering iron. Sandpaper or Scotchbrite it super clean, tin it with resin core solder, then go over it to fill the hole.

Rob,
Will regular rosin cored lead/tin solder, when heated by a soldering iron, bond to aluminum, or are you speaking of some kind of specialty aluminum solder ?
Thanks for any advice.