"REFIT GEARBOX. Fit the gearbox and clutch bell housing unit to the engine unit but observe that these units must be in alignment or jumping out of top gear may subsequently be experienced.

With the clutch bell housing bolts just finger tight operate the clutch approximately twelve times to effect alignment and finally tighten the bolts. The weight of the gearbox must be supported during refitting in order to avoid strain on the shaft and distortion of the driven plate assembly."

What is the method and tools involved to “operate the clutch” for this alignment step? In the past I have aligned clutch to engine and brought the tranny and bell housing in while supported, but I have not operated the clutch approximately twelve times.

Right now I have the bell housing to the engine while supporting its weight and found a smooth fit. But the clutch is mighty strong when pondering to use the clutch operating lever without leg leverage and further assembly. I don’t want to distort
C.3261 Lever, Operating Clutch page 27 Spare Parts Catalogue.

Can this alignment step be done on the garage floor or is it done once engine is back in car with clutch assembly fully ready to operate from legs? Or can I skip this step as I have done in the past?

I presume yours is LHD like mine. You can put a 2 ft. pipe over the operating lever and pull on that; then you have “leverage”. 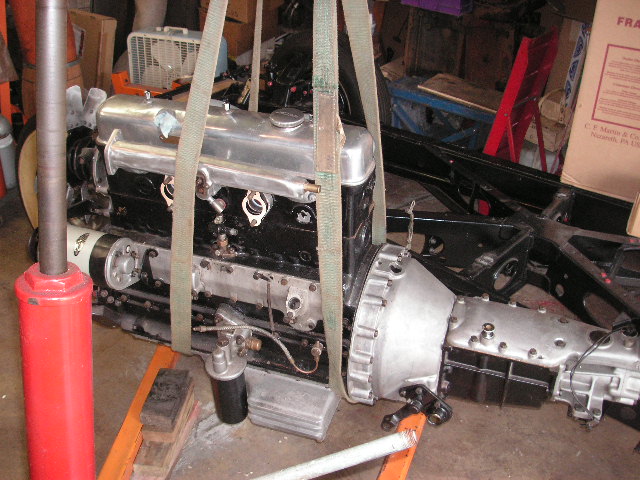 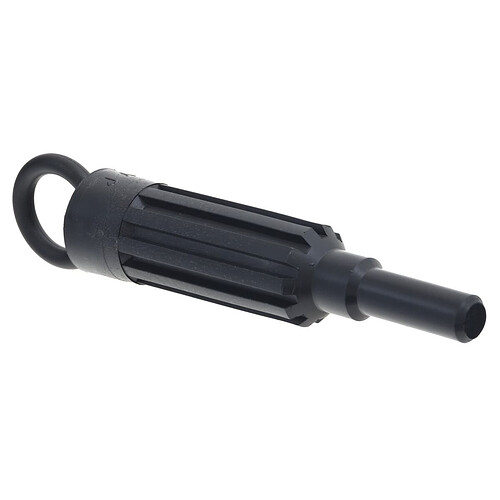 Hi Rob, thanks for ideas thus far. Yes, my car is LHD. I have used a spare tranny input pinion shaft for the same function as the plastic alignment tool: that aligns the clutch assembly to the flywheel and the bushing in the flywheel. Now I’m curious about aligning the assembled tranny/bell housing to be coaxial to the aligned clutch and flywheel.

A long pipe for leverage is contemplated like you have suggested. There are some complications there where I am hoping the brain trust will reveal further details in the solutions.

It seems the alignment process for the bell housing to engine is to align the tranny input shaft to the previous alignment of the clutch to the flywheel, to make all elements coaxial.

I wish I had read this prior to my reassembly, as it may explain why my gearbox sometimes jumps out of 4th ( only when going downhill and no acceleration so if anything the gearbox is slowing the revolutions of the engine)

I used one of those plastic alignment tools for my assembly.

I don’t think any of the above gearbox instructions would have prevented your jumping out of gear. You might be able to improve it slightly by increasing the detent pressure on the 3rd/4th selector shaft. There are three slotted adjustments and they are wired together to prevent them unscrewing but just disconnect the wire from the left hand adjuster (looking forward in the car) and try the effect of screwing it down perhaps a quarter or a half turn. If you screw it down too much the gear lever will become stiff to move fore and aft in the 3rd/4th plane.

Once you are happy with it replace or renew the wiring. 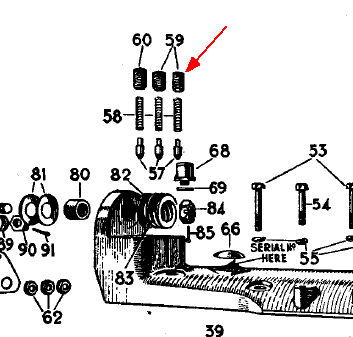 Thanks Peter I’ll give that a try. ( and apologies to Roger for the thread hijack)

Sorry Roger, I was thinking a 2" pipe that would go over the entire lever, assuming the engine and trans were not in the car and high enough for floor clearance.
But any method that allows you to loosen the clutch briefly, so that it doesn’t prevent the bell housing from aligning with the engine block as the trans shaft goes in, should be all you need.
The factory guys probably didn’t bother with the 12 times, they used an alignment tool or an input shaft from a gearbox, and that was good enough.

I didn’t question it, I used an old extra shaft to align the clutch plate and then mounted the gearbox onto the engine, like they wrote, so it was aligned, but not tightened further than finger tight. Then I lifted the whole assembly, fixed the engine mounts and the gearbox mounts according to the marks I had made when I took it out, attached the clutch mechanism AND then I did press the clutch at least 12 times and rotated the engine (without spark plugs) and gearbox output shaft a few times by hand. Then I tightened the bolts, put the spark plugs in and started the engine as soon as I could. I should have of course also mounted the gearbox top plate, but didn’t think it would be necessary. (Big mistake, more in my old engine parts thread. )

Cheers!
PS. Edit: this one:

Hooray and up she rises!

[image] [image] And there! Fixed to the chassis, then the clutch mechanism, tighten the bellhousing bolts, attach to prop shaft, mount the head, pushrods etc. Cheers!

The Mark V Service Manual page E.8 says for refitting clutch assembly:
“Centralise the driven plate by means of a dummy shaft which fits the splined bore of the driven plate hub and the spigot bearing in the flywheel. (A constant pinion shaft may be used for this purpose.)”

It still appears to me that the factory intended the second alignment step of bell housing to engine with the twelve clutch operations before tightening bolts beyond finger tight to help with something. I have discovered the alignment of bell housing to engine is discussed at least three times in the Service Manual, at pages B.32, E.8, and F.9. Page B.32 mentions putting the tranny into 4th before doing the twelve clutch operations.

So, I think I will try Rob’s recommendation with the engine and tranny off the garage floor enough for a lever (but avoiding bending the fork elements. If I don’t find a way to succeed there, I will tighten up the bolts and install into the car, where I could try to loosen the bolts and do the alignment via Pekka’s method with full use of legs in normal operating regime.