Brake and Anti-lock lights have come on

This morning after changing my fuel pump, the brake and anti-lock lights didn’t go off. Long red/ adjacent yellow. I needed to take a business trip…70 miles and home…which I did without incident.
Brakes are fine, stopped perfectly and exterior bulbs ok. Since purchasing the 1989 XJS, I have new brakes all the way around including the accentuator.

Can someone give me an idea of what is going on and what to test to have the lights go out.

The ABS light is on on my GMC Yukon also. Vehicle brakes fine. Most likely, one of the wheel speed sensors is out of position or loose or dirty. You might try calling your local auto parts store…PepBoys, Advance Auto, O’Reillys, and see if they can scan it for you. Usually a free service. Alternately, you could jack up the car and have a look at each wheel sensor. It might be, one is just covered in dirt.
SD Faircloth

Thank you, will do.

You might try calling your local auto parts store…PepBoys, Advance Auto, O’Reillys, and see if they can scan it for you. Usually a free service.

Dave is usually correct, but in this case…I think you will waste your time going to the local auto store for a scan. They can do that only for OBD-II cars, 1996 and newer.

1989 XJS, I have new brakes all the way around including the accentuator.

1989 should be the Teves III system with the electric boost and accumulator (accentuator?)

If so, both amber and red lights indicate a failure (no boost pressure) and you’re likely looking at a potentially costly repair. To give you an idea, this thread was active not too long ago:

Here, staring from post no. 6 The how and why

Yes, I know…the only code my kitty understands is green as in money.

I meant accentuator…I had this replaced in late 2019. I don’t think I have put 3500 miles on the car since then. I pumped up the brakes with the key off…it too7 pumps to become solid. This issue came out of nowhere. I just changed the fuel pump…tell me the inward back brakes are below the drip hole for the gas which leaked during the removal?

I meant accentuator…I had this replaced in late 2019

I am not familiar with this terminology, I am sorry.

Dave is usually correct, but in this case…I think you will waste your time going to the local auto store for a scan. They can do that only for OBD-II cars, 1996 and newer. On a 1989 Jag - nope.

Steve, Appreciate the correction. My Yukon is year model 2004. My thinking had gone back to the future. Dave F.

So wait…brake warning lights came on for a Teves3 brake system, and you drove 70 miles like that!?

I dont know the teves at all, but it may be good to take photo of exactly what warning lights came on for other experts.

Guessing the OP meant “Accumulator”… If I had to bet…

The heck with the vernacular, let’s fix the issue.

How about the combined pressure switch mounted on the booster pump adjacent to the accumulator. Mine has the contact that drives the brake warning relay stuck. Other 2 contacts work fine. Abs warning light goes out as pressure builds. But o.p. may have 2 contacts stuck.

How about checking the connections to the ABS ecu located in the boot… Not that I’m suggesting accidental disruption… Use jumper pin on ABS’s ECU plug to check the fault codes (flashing codes on your dash). It will take some time to correctly count all the blinks…

Hi.
This comes as good news…the fuel pump was replaced and the issue began almost immediately.
Where is this ABS eco located? I do know some gas was released when the hoses were removed and of course the fuel pump when replaced needed moving around of the pieces surrounding it.
Please advise and a big thanks in advance. Perhaps we have figured this out with your help.
Rick

How about checking the connections to the ABS ecu located in the boot… Not that I’m suggesting accidental disruption… Use jumper pin on ABS’s ECU plug to check the fault codes (flashing codes on your dash). It will take some time to correctly count all the blinks… 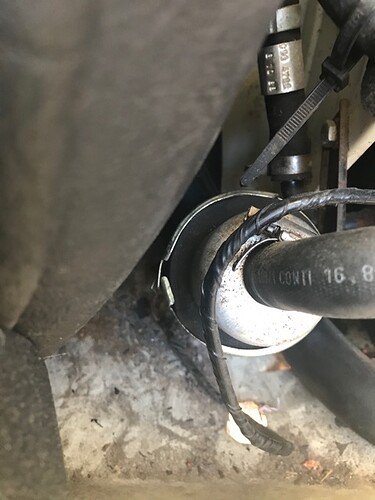 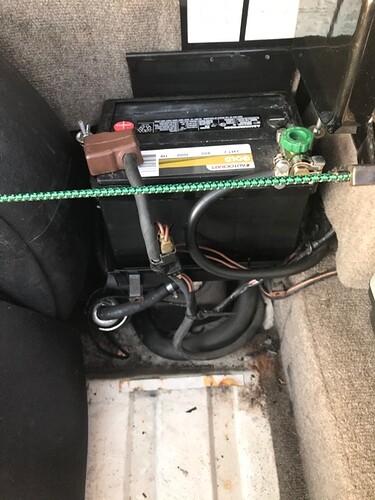 Hi.
It’s raining heavily here in Syracuse today, but I will, as soon as possible I will give it a tap to see if that changes the issue.
Thank you for writing.
Rick

Rick,
There is no relationship between your fuel pump and the ABS system - except they both use electricity but from separately fused 12 supplies. The only time you normally get both the amber ABS light and the Red Brake light is when you have no pressure (two fails - the ABS has its minimum pressure requirement, and the brake booster system has a minimum pressure requirement as well. Have you checked the ABS system fuse, and the electric pump fuse? Have you checked to see if the pump operates - or are the pump terminals and open circuit? if you have a good pump, then your can move on to checking the multi-function switch. Have you made sure there is enough fluid in the reservoir - there are a couple of switches there for low fluid level as well. If all that stuff is working, then you can move on to checking power to the ABS unit over the left rear wheel housing in the trunk. Then the wheel sensors - but, I doubt there is an ABS wheel sensor in the world that will turn on the Teves III red low boost pressure light by itself, but would likely turn on an amber ABS amber light only. But the Blink test at the ECU may also point you in the right direction.
Do you have an electrical schematic for your car?

Let us know what you find.

Thank you very much to take the time to write.
As mentioned, it is a rainy day here in Syracuse and I don’t have a garage attached to my old farm house, not a great shade tree. I will cheque your ideas in order and see what prevails. And yes I will let you know.

Just to mention…I followed the guideline of pumping up the brakes with the ignition off. I took 7 pumps to harden the pedal. Strange as we took a near 200 mile drive yesterday with no issues…it was like the lights were off.

Interesting you mention the abs unit in the trunk. When I cleared the trunk to have the fuel pump installed, I noticed the back carpeting falling and reglued it into place. I wonder if I jostled it. Can you give me a more specific place to look?
Thanking you in advance.