I have a xj12 front end brakes later 4 pot calipers. Is series 3 the same in manual looks like it want to confirm my driver side rotor seems warped. I did replace all 1 year ago. Rotors calipers but did notice the brake hoses to calipers were metric I seem to remember. Also master cylinder from rock auto for series one is same has 3 is this correct???can anyone give me a refresher on the systems. I have series 1 /72 but converted to xj12 not sure of year but I ordered parts back then for series 3. Also bearings same has series 3 is xj12 same???

What Series is your XJ12? the Series I and early Series II DO have different brakes. Also, well I don’t know about the XJ12’s but I do on the XJ6’s Series I & II; have smaller spindles.

If you’re looking to do a brake swap, it is possible. The easiest way to achieve this is to replace the uprights and spindles. This is the parts page for a Series III XJ12.

image627×819 201 KB
I know first hand the spindle sizes are different. the spindle on the Series III is larger in diameter than the Series I or II. So the highlighted bits are the parts I’m on about.

These part numbers and page are for a Series III XJ12. These parts are the same with the exception of the spring as the Series III XJ6. I’m saying this because Series III XJ12’s were never imported into the US and have become scarce in Canada & Mexico; that being said use your XJ12 springs and swap out the other two components. I also know the wheel bearing sizes are different, Just the ID not the OD or race. so your hubs will work.

What I’m not too sure about is the bit that has IDK in red on it (sorry I don’t know what its called - the curvy bit?), and the water ring. I don’t think these parts are different. but who knows.
I’m thinking you’re gonna have to swap out the two piece disc brake backing plate too. Maybe not.

To be on the safe side, you could get all of these bits - and the 4 pot brakes all as one unit. Another thought suspension on the XJ-S is the same as the XJ12 So there’s another option.

Everydayxj.com is your best bet to get all of the bits you need (in North America). or in Sacramento California there is has Jag heaven. Another option, obviously, Local wreckers. (I’ve seen two Series III go through the local wrecking yard (here). there is also ebay, craigslist, & offer up.

The spindle is available new, as with the consumables such as bearings, & seals. The upright? Good luck on NOS. I did a quick look to see if I could find any New or NOS. That would be a no on both.

Hope I didn’t muddy the water any more than it already is.

Mark thanks for all that info fantastic mate.some great info! I.already have xj12 front suspension in my xj6 series.1/1972. It’s all the same it seems 79/86 xj6 series. I did notice today there is a shim on the calipers! So I need to figure how to measure with gauge to figure the caliper sits correct not sure but in manual it’s not clear on how to do this. I figured that the series one xj6 is unf and not metric i think Frank mentioned this a while back to me! I had some notes I took but have misplaced my notebook on all the info I wrote.

the shims come in two sizes. I’m going from memory, because I’m not near my parts catalog, and I’m too lazy to run upstairs and look. Anyway I believe the sizes are .004 and .010 these shims serve two purposes.

What I’m not too sure about is the bit that has IDK in red on it (sorry I don’t know what its called - the curvy bit?),

I did notice today there is a shim on the calipers! So I need to figure how to measure with gauge to figure the caliper sits correct not sure but in manual it’s not clear on how to do this.

FWIW, I’ve never personally seen any of these old Jags with shims to align the caliper. And I’ve had a few of them apart!

However, all of them have had shims to take up the gap between the caliper and the steering arm as seen in the above illustration. This has nothing to do with centralizing the caliper over the brake rotor as the position of the caliper is not altered at this location.

To determine how many shims are needed between the steering arm and the caliper simply bolt everything together and measure the gap. Or insert enough shims to take up the gap. If you get it wrong, or have changed calipers, you’ll almost certainly need to have the toe-in reset.

Jaguar’s rationale for this arrangement has always been a mystery to me.

To adjust the position of the caliper you need shims between the caliper and the upright.

While we’re on the subject of swapping suspension parts from one series to another, don’t forget that the upper control arms were changed on the Series III XJ6 (circa 1983 as I recall) to give different geometry. It was a simple thing; merely a matter of using existing V12 upper arms…which are the same as XJS.

Just something to be aware of !

Anyway I believe the sizes are .004 and .010 these shims serve two purposes.

Good research Mark, but just to clarify a point…

The shims in question are not used to align the the front suspension; not intended for that purpose.

If the shims are lost or changed, or parts are changed…anything that alters the gap/relationship between the steering arm and the caliper from pre-repair setting…the toe-in setting will be lost and need to be reset.

In older USA speak, it is the “Drag link”.

Sure am glad, I don’t need to tear down the front of my Jaguar. If I did, I’d be tempted to buy another whole front assembly from Pick n; Pull or similar and build it then swap it in.

Just watching round here since circa 2002, I get the shims as “fettling” material. used to mate two forged parts. and to make up for tolerance differences. Fill an unintended gap between two parts…

Brits are noted for that, Here, not so much…

Goes way back to the day that Cadillac startled brits and others by tearing doewn a few cars, mixing the parts then putting them back togethert and runnnng snd driving them, sans fettling…

In older USA speak, it is the “Drag link”.

I thought the drag link was what connected the Pitman arm to the steering arm? Used when there’s only one front wheel (tractor) or when the more common center link or relay rod isn’t used (Jeeps, trucks).

I never saw one. I’ve heard that some of them had large slotted screws. I have a large 3/8 inch drive concave screwdriver bit (Sears) that was intended for them.

Whilst being technical I should also point out that not having a rack doesn’t automatically mean you have balls.

Shims.
The Green XJ6 was the first time I’ve had the front end of a Jaguar a part; and it had butt load of shims fall out everywhere. There were shims between the caliper and the vertical support / up-right and the steering arm too. Maybe mine was special (ed). It would be quiet fitting around my residence.

As I understand it, the three location of shims cover the IFS alignment. camber + caster + toe-in = alignment. Am I wrong again?

As I understand it, the three location of shims cover the IFS alignment. camber + caster + toe-in = alignment. Am I wrong again?

**
Toe-in is adjusted by turning the track rods, Mark, not by shims - but shim adjusting other parts of the geometry may affect toe-in…

Of course after i wrote and submitted my post, I thought about the track rod adjustment. So Yep, Wrong again. I’m just gonna stop posting.

And the caliper shims thing has befuddled many before you!

Shims are used to centralize the caliper to disc as well as to adjust the gap twixt steering arm to caliper lug, it’s all in the official workshop Manuel.
Peter B

I stand corrected. The pitman arm attaches to the steering box. jaguars do not have the device termed as a steering box. The drag link transfers movement from the pitman arm to the spindles on the front ands thence to the wheels.

aye, drag lind of old did have a coupling that included a sltted member that screwed into a tube. Two cups and a sprig encased the ball on the pitman arm.

With the rack, the arms from it to the spindle could be drag links, I suppose… So, at the spindle, steering arm is an apt description…

I was not aware that sears had a special screw driver for use there!! I merely used one of my big screw drivers…

I was not aware that sears had a special screw driver for use there! 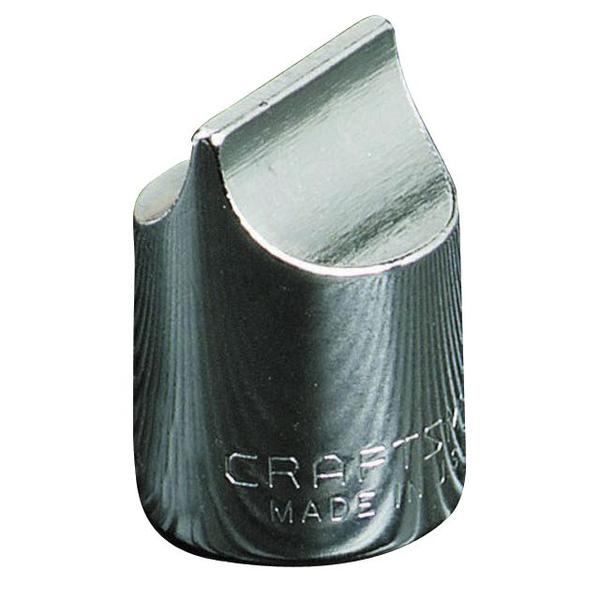 Slick. I may have seen one, bt never realized that was what it was for.

I’m in USA! Northern CA. Question on the shims if the caliper was not centred correctly with no shims would this cause the rotor to warp?? Has i said I turn my wheel and it binds slightly in one spot. The bearing is good and my front end has all been replaced. It’s been fine for a year now this also notice under heavy braking and slowing to a stop you can feel that spot?? Thanks for your advice and info it’s helping me to understand cheers