Ok I see (sort of). The 47V Zener shown here is connected across the power downstream of the injectors but UPSTREAM of the transistors (N across N). There’s one big problem I have with this image from AJ6 BUT it is possible that the Zener is connected UPSTREAM at the pins on the OTHER side of the circuit board (not pictured)… and I haven’t examined this. BUT I see no way it can be connected upstream of the 5.6/6Ohm ballast resistors as there’s no wire for this.

I wish Roger was more of a regular here to answer how this diagram interfaces with the circuit board. I don’t see it in this configuration. In this config it looks like peak and hold pins would have to be fused? (I don’t think they are).

The Zener is across the “on” transistor; it is confusing because of where it is in the illustration. No extra wire needed…

The thing that gets me is the illus shows the Zener connected forward of the ballast resistor and to the ON circuit (as well as the hold in front of the ballast resistor). I guess technically it could be drawn there wired across the OPEN pins (which would put it in front of the HOLD circuit when the harness is connected). If the Zener were shorted it would hold BOTH the OPEN and HOLD sides grounded with the harness connected, but would show connected to ground ONLY on the OPEN side with the ECU disconnected (both subject to the 0.33 Ohm resistor)… IF this diagram is accurate.

I commented about this on another thread- this is why you cannot run the engine with the resistor pack disconnected; there is no protection for the “hold” transistors, as they get the protection through the pack. Lucas was too cheap to have a second Zener, or run the extra wire.
The failed 6CU that I looked at failed in the mode you describe, with the “on” transistor shorted, and the “hold” still functional. With the “on” transistor shorted the injector is powered and what the “hold” circuit is doing doesn’t matter. Same would be true if the Zener shorts out.

Hi Paul & Robert,
Thanks for your thoughts to date…AJ6 Engineering is slammed with work and wont be able to look at an ECU until end of August. ( This is car is my daily so I’m lost for summer ) I called ACT Drivetrains LTD who tested my original unit to see if they can repair it or the donor unit. Donor unit primes but injector fault is still present ( Injectors & ECU case get hot at key on ( No Crank )
** Got Load Probe leads to do voltage drop test from InJect. Plug… would get 12.11v drop to 11.56v when loaded ** 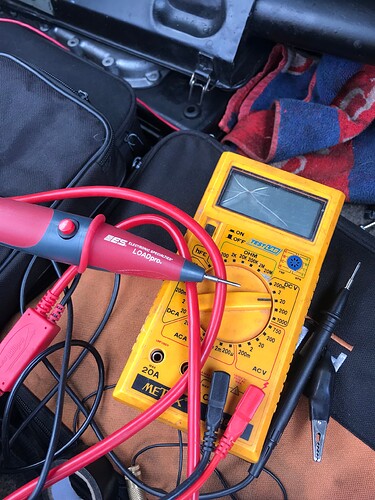 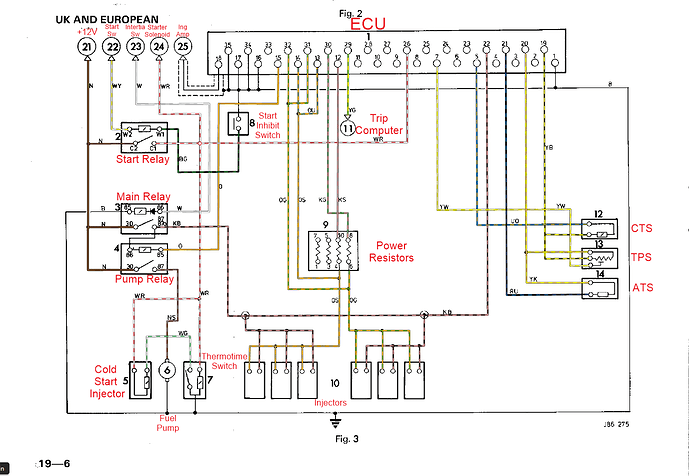 Unless you can get someone to tackle repairing the ECU itself, I think at this point you’re reduced to pulling the covers off the ECU and probing components to see if you can find a fault (likely the Zener diodes, and RCA transistors). I haven’t fully investigated, but there might be an analog of the pressfit (I think it’s pressfit) diode here: https://www.wontop.com/pressfit-diodes.html

Replacement transistors have been theorized and discussed in a couple of other threads.

Of course this is still totally speculating on likely failed components.

Terrible options but:
These guys down in AU advertise on EBay to repair XJS ECUs: Looking to buy car parts online? PEC Australia is the number one place to go for underbody, suspension and performance parts for your car!

It sounds like these guys owe you at LEAST a phone diagnosis if not a re-check of the ECU they supposedly looked at given all the diagnostics you’ve been through:

Somebody here swapped up to the 9CU (probably had to do a large re-wire maybe using a doner harness?) https://www.jaguarforum.com/threads/jaguar-85-xjs-running-rich-and-lumpy-how-to-measure-throttle-potentiometer-voltage.127024/

IDK if Walter Petermann of Corsair Electronics in Houston Tx still exist, but in the past he did do repairs on the 6CU ECUs… but he may have retired. You can still look up a phone number for that search, but IDK if it’s still any good. Best Jaguar ECU Repair & Return Service - Send us your Jaguar's damaged ECU and we'll TEST & REPAIR your unit and send it back to you with a 5 YEAR WARRANTY. Get started today.

We test and repair Jaguar control units - many types and models - fair prices and warranty.

In reply to a message from Paul F sent Sun 16 Aug 2009: The old zener does not have a part number. It looks like the old silver can style transistors but without a lip and has a slightly conical base with one terminal sticking out (the other being the case). The diameter is between 9 and 10 mm. None of the electronics suppliers seem to have anything resembling this. I compared the two zeners on the heat sink using a multitester. This one was a short. I have not checked any of the other …