Getting your XJS onto ramps

This just popped up on my FB feed. I know theres been discussion regarding trouble with the nose hitting standard ramps, these could be used as the ‘run up’ maybe? 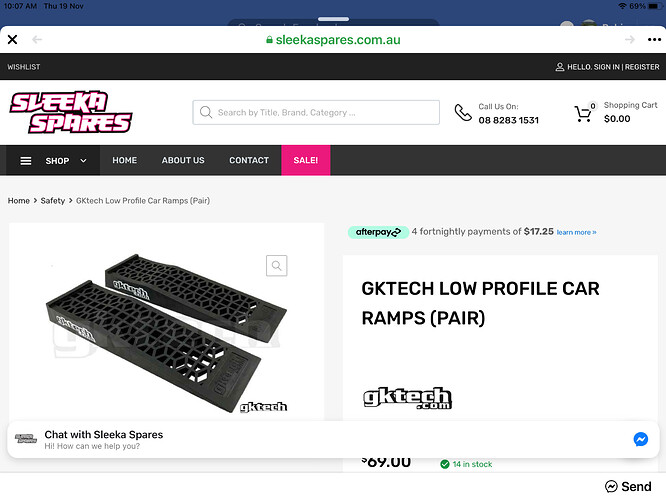 Yes and no. What ramps have you got???

You may need to cut the inclusion for one bar to fit it, on the firts bar of your ramps. The best things to use are motorhome level blocks.

Front is easier to get on ramps, rear may be tricky.

Me? Home made ones from the dim dark past. I use a couple of small 50mm x 200mm x 180mm pavers that raise the front of my XJR sufficiently to get onto the ramp.

Looks like it only raises the car a few inches.
Good for starter to get onto higher ones.

Robin,
I recently posted in another thread that I occasionally put my Jaguars up on four ramps by raising the front end with my 3 ton Sears floor jack with a 2X6 under the front subframe and then put the ramps under the front wheels/tires. Then I put my 3 ton floor jack under the IRS with a wood fixture I made for that and then raise the rear of the car high enough to slide the ramps under the rear wheels/tires. No drama, no sliding ramps, no problems. Very precise. I have been doing this for 15 years or more with our XJ-S, XJ6s, XJ12, and E-Type without any issues.

Hi Paul, no problem with the way you are doing it, just offering an alternate possibility, with the front of the XJR on ramps I would be pushed to get a normal trolley jack under the rear, maybe if I had a low one.

I do something similar, but with 4 beefy jack stands instead of ramps - chances are I’ll need to take at least 1 wheel off.

The whole point of ramps is the ease and convenience of just driving the car up on them so you can work under them. If you’re going to the effort of getting out the trolley jack and pumping the lever to get the car up off the ground, why bother with ramps? The ramp end is just in the way, and they take up a ginormous amount of storage area in the garage. Just use jackstands instead.

I made my own when working under my 89’ XJ-S 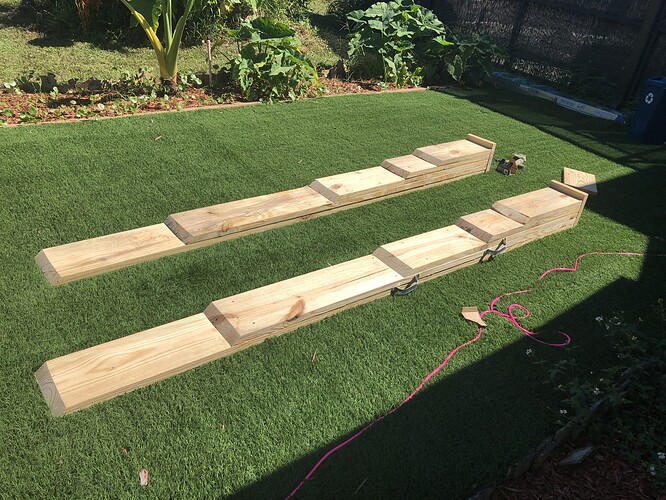 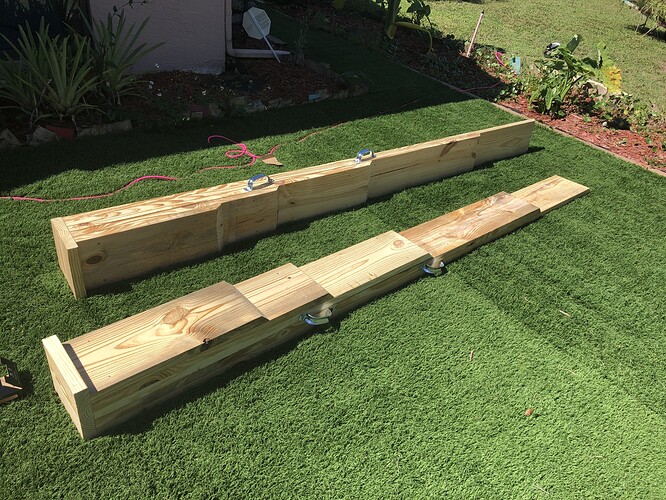 Sorry they don’t cut the mustard, they need to be stained and varnished, unless you are using them for a non Jag car then they’ll be serviceable

Kirby,
Never in my life have I ever been guilty of doing things the easy way.

Ahahah oh stop it… I let them naturally stain themselves when I left them out in weather. They took on a nice darkish color and have a natural molding varnish forming. Still work lovely.

they need to be stained and varnished,

Rubber feet on the bottom?

they need to be stained and varnished,

They need to be mahogany!

Before I had a four post lift, I preferred ramps to jackstands. I’d drive the front up, and then jack the rear, and shove ramps under those wheels too. This was when I was younger, poorer, and more tolerant of rusty Jags where a jack stand could pop right through a jacking point at any moment!

My brother had a 66 Coupe DeVille around 1995. Drove it over the damn ramps one day. So as logical teenagers we just drove up and over it again. My XJS could kick his Cadillacs ass every day.

But now with the doubled up 2x8 “ramp” I get enough clearance to just go straight to the 3 ton jack and then jack stands.

They need to be mahogany!

They are ramps for a Jaguar, so they should be appropriately finished with elm or walnut book-matched veneer.

Is that Astro turf the ramps are on?