I’m about to replace the seal (weather stripping) on my 1954 XK120 - any recommendations from those who have already replaced it on:

Thanks for any tips.

I would use a plastic paint scraping tool, you may have to trim the width with scissors or a Stanley knife, and if you think it will damage the paint you could dull it up a bit with a file first.
3M sells a weatherstrip adhesive which should be available in any auto parts store.

I’ve had decent results removing old contact cement by rubbing it with margarine, then using a seamstresses steam wand. Once the cement starts to go soft you can rub it off with a finger, so no risk of damaging paint.

But sometimes… the glue remains impervious to this. I also have some label remover which is also not all that aggressive.

Thanks for the tips and that need a standard adhesive is fine.

I don’t think I ever would have thought of using margarine. Thanks for the tip. Brian

I use and recommend Barge glue. It is what is used to repair leather or rubber shoes so you can purchase tubes of it at the shoe repair shops (around $4-5 a tube). Works like rubber cement, waterproof, holds wonderfully (25 years on seals and still perfect) and you can peal it off with some effort later if you need to. I always keep tubes of it around the house or in my workshop.
Hope that helps

On the subject of 120 boot seals. I’m about to do mine. Opinion seems divided on whether the seal is attached to the lid or to the car. Urs Schmidt shows both variations in his photos. Viart shows the seal stuck to the channel in the car. What are the views of the forum ?

Although sadly the FHC Supplement does not mention the change. 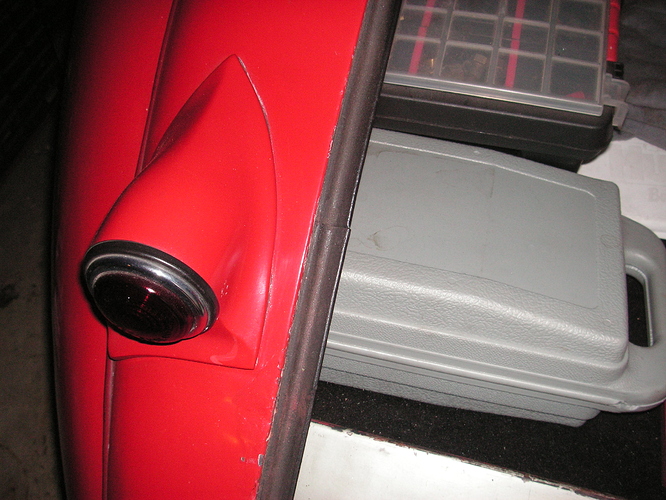 So for a FHC, one would have to make a guess based on month and year it occurred on OTS and DHC.
According to Porter, that would be February 1954, and would include about the last 100 or so FHCs.

Great, thanks Rob. Mine’s going in the gutter then (so to speak). I didn’t think of looking in the Spare Parts Catalogue
Regards
Tim