Button said, I believe, that he was new to the car but not the track and vice-versa for his co-driver.

So how much practice do these guys get to find out what the car can and cannot do, because without that I don’t see how Button would have “discovered” the surprising (he’s likely not new to driving E’s) potential straight line and cornering speeds of the car right from the get-go. So either he wasn’t really “new” to the car or he was and is just that damned good a driver.

About the driveline failure……sounded to me like the clutch just gave out and maybe the problem was leaving it in third, and given the mechanicals were most likely lightweight everything, it just couldn’t handle the torque being shoved down its throat. Any other failure would surely been accompanied by all kinds of horrible noises, unless perhaps just a shredded pinion in the diff. Overall though I would think that if the car was really that slippery, it would have the effect of reducing the load on the various driveline components……just don’t have to work so hard to move the car.

I like to think that the gem of the performance was the guy behind the wheel. Any fool can drive a slippery car at speed in a straight line. Or maybe it wasn’t that slippery, just very light, or a bit of both and it takes a great driver to capitalize on both.

All that money spent… snd the damn 710 cap is still crooked!

Thanks for the P6 photo!

I have two spare front wings for that Magnette, directly behind the Rover…

One final thing. I promised, in another thread I think, to post a picture of the only two seater Hurricane. 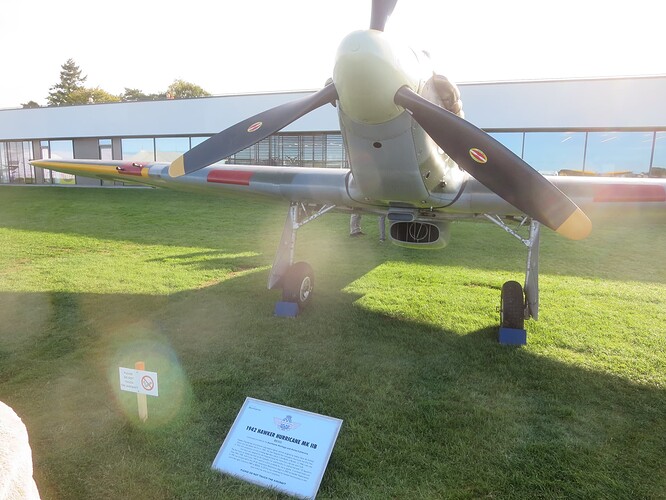 I wish I’d taken a shot of it in profile.

FWIW it looks like it’s a 4-speed, here’s some cockpit footage of Mr. Button driving that E-type on the Goodwood circuit:

Here’s a good clip (use stereo speakers or headphones if you can!) of it with Tiff Needell behind the steering wheel!