Help me identify this number

How does this number translate?
Thank you
Carlo 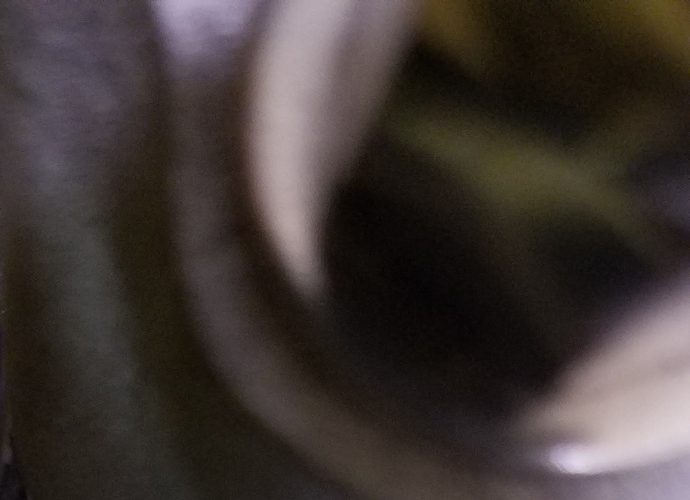 Are there any other stamps on the part? Sometimes that can help determine the letter.

Thank you, John. Those are pretty much the possibilities I came up with. It’s the only number on the head. I’m looking to determine if the head is original to the motor.
Carlo

Sorry, but that picture looks like someone’s colonoscopy, I can’t see anything.
Cheers,
LLynn
PS: I was able to see it after I clicked on the picture and it looks like FT132 to me.

The stamping you show is, I presume, from the rear of the valley of the cylinder head. These numbers (typically 2 letters followed by 3 digits for XK engines of this era) are believed to be a head sequence number indicating the order that heads were used for constructing engines at the factory. Jaguar ceased stamping the engine number (found on the block) on the back of the timing chain gallery at the front of the valley with later 4.2 cars, so unless your cylinder head is from a much earlier engine, it will not have one. Your head will have other markings indicating the cylinder head part number, the foundry it was cast at, and possibly other information. This is located on the underside of the head on the intake side in the area that overhangs the block. These embossed markings can be read with a mirror, or maybe you can get a cellphone camera down there and take photos of the underside. As far as I know, this information does not, however, include a casting date (whereas the block castings do). Some folks have made extensive studies of the variations over time - e.g. Haddock & Mueller in their book on E-Type Originality. As far as I know, the best you will be able to conclude by studying these numbers is that cylinder head is period correct for your engine, but not that it is the actual head that accompanied your cylinder block from the factory. 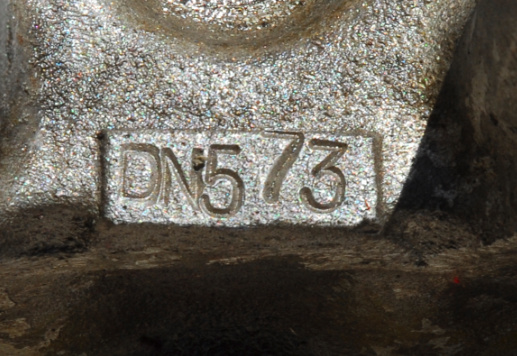 As others have indicated Jaguar stopped stamping the heads with engine numbers before MY 1968.

@Roger_Payne has the definitive answer.

For comparison the stamping on top of my head is DW875. My car was built Feb 19 1968 and engine number matches data plate and Heritage Certificate. When I get time I will see if I can find the other markings.

Thank you all for your input. I’ll try to find more markings.
Carlo 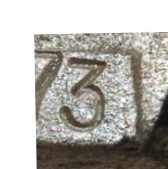 The upper half of the 3 in Carlo’s picture is just poorly cast into the aluminum, but you can see the diagonal segment of the 3.