Greetings, please help. My XJ12L from 74 worked on the spot and just went off, I assumed the amplifier had burned out and after disassembling the case it could be seen to melt. I ordered another one, but I didn’t see that it was from 1980, the difference is in the wiring and the connector. I have short cables and all black wires on the old one, and on this one from 80. Red, black and yellow, there is a difference in the connector as well. I found the schematic in some catalog (I will attach) and put it together as it says, but it still doesn’t work. Another thing, I saw oil leaking from the coil and ordered a transistor ignition coil from our auto parts store, should that fit? I found a circuit on the internet where the resistances on the resistor are written, I measured and everything is fine except the resistance between W and UW according to the circuit should be 8 Ohms, and with me it does not measure anything. Can I put an 8 ohm resistor here, I live in Croatia and there are almost no such cars in our country, maybe 2 in the country. Thank you! 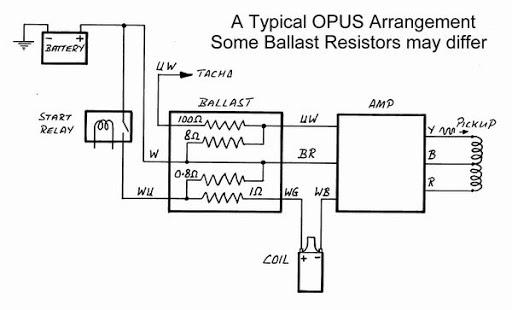 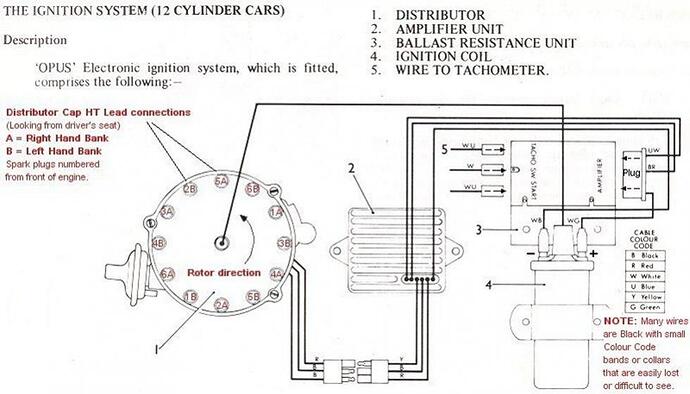 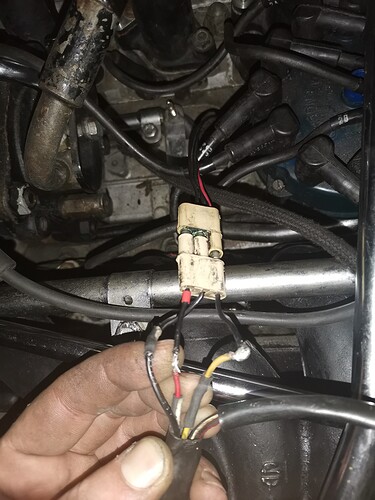 sorry, I won’t be of much help as regards your question, but there is quite some V12 expertise around on this site and they will be happy to help out, I’m sure. To facilitate communication it might help if you could specify the conditions you start from: is the car original, what regional specs (I bet in 1974 not many V12 Jags were exported to Yugoslavia!), is it carbed or FI, which ignition system is supposed to be on and which is on the car? Over almost 50 years, during some of which the car may have done its duties far away from a parts and dealer network, strange things may have happened …

Apart from that, these cars are very well documented. Do you have the original parts catalogue - available online at https://parts.jaguarlandroverclassic.com/older-vehicle-information under <XJ12 AND DAIMLER DOUBLE 6 SER 2>? There’s also an original Repair Operation Manual (ROM) including a complete wiring pattern which is extremely helpful for question like yours.

You should be able to get parts either new from very active and helpful suppliers or used - check out the German ebay site.

Good luck with your car!

I assumed the amplifier had burned out and after disassembling the case it could be seen to melt. I ordered another one, but I didn’t see that it was from 1980, the difference is in the wiring and the connector.

If the connectors and wiring differs one would assume that the later amp could work - but without a relevant wiring diagram, it gets a bit iffy to experiment. Comparing the two amps; there should be three wires from the dist to the amp; yellow, black and red. And two wires from the ballast resistor, blue/white and black/red to the amp. Then one, white/black to coil ‘-’. so what is the specific difference…?

It’s every reason to believe that the later amp would perform the same functions as the old one, once the wire connections are sorted - which is the rub. And as Jochen says, some other lister may be able to solve that?

And to complicate matters; the new amp may be faulty - it has happened…

Greetings, I was able to diagnose a malfunction on the vehicle. It was a resistor. We built a 10 ohm resistor into it just to try and it turned on right away. Thank you very much.

Thanks for the feedback, Ivan…

Was that a resistor in the resistor unit? Since you now have a working engine; you could consider testing the other ign amp - as a spare…

Yes, resistance in the resistance unit. I’m looking for resistor 47229, so if anyone has let me know.

Obviously you are in the ballpark with your choice, Ivan - provided you got the Watts rating right. Unless you experience any malfunctioning there should be no worries about the original resistor…