So I picked up my XJC 4.2 on Friday after a short spell at the shop where the main task was to complete a Euro bumper conversion and side tasks included tightening the head (new gasket, crank and other things 2000 miles back), new water temp sensor and putting the rad fan on the right way around (long story).

And I was feeling very happy with all the above, in particular the well behaved engine temp even while sitting in horrible Parisian traffic. I put the air con on as it was getting warm. And shortly after I heard a « pop » and engine temp rose sharply to the « l » of normal (previously around “r”).

Obviously a sign something untoward in cooling and yes should have stopped for immediate inspection but impossible in circumstances and limped the remaining mile (15 mins) home, during which time the temp gauge hovered around the same before dropping a bit when I was able to pick up speed.

Not difficult to diagnose: lower radiator hose had come free. So basically last stretch was air cooled. Ugh. I was actually surprised engine temp had not gone off the scale.

My two questions are

(1) Cause: most likely hose simply carelessly refixed, but could there be something else at play? The fact that I put on the air con just before may have been coincidence, or might have created some sudden load which caused rise in pressure? (I had used the air con earlier in the run too without ill effect).

(2) Effect: clearly I will check for head gasket damage by looking for exhaust gas in coolant once hose re-attached and coolant refilled, and any other general issues, but is there other more specific collateral damage I should look for ?

I know it is a robust engine but also that it is not fond of overheating.

Cause: most likely hose simply carelessly refixed, but could there be something else at play?

As temp rises and coolant expands, pressure rises to the bespoke 15 psi - which is certainly enough to push off a loosely tightened hose. All of which you may have noticed when refitting the radiator hose? On a deeper level; a clogged vent hose or faulty cap will rise pressure to levels where the weakest link fails - in this case the radiator hose.

That it happened just after you turned on the AC is just a coincidence - any odds. I doubt if any collateral damaged ensued - but 15 minutes without coolant is not advisable, so some perfunctory checks is warranted…

As an aside; the problem with no/low coolant is that the temp sensor doesn’t ‘feel’ the water temp, and only reads its surrounding temps. Temps elsewhere will be higher than the temp gauge shows - but oil has a cooling effect…

Good point about the temp gauge. I would have taken an infra red reading but by my impatient spouse reminded me of some other priorities.

I should have added that I turned the heat to full DEF mode to attempt to take the heat off the engine - of course to no effect given no coolant.

Closer inspection this morning suggest the clamp was too far from the end and hence not really getting purchase on the pipe work. So indeed the simple explanation seems to hold.

If anything put a new FAIL SAFE thermostat in whatever you do now.
I have one in stock.

Yes I was also curious to understand that.

In the meantime, having put 12 litres or so of coolant back in the engine, went for a drive. Nothing untoward and reported temp as before. My infra red sensor reported about 93c on the thermostat housing with the dial in the middle of the gauge.

Under hard acceleration, my exhaust was visibly pale but otherwise fine. I coudn’t replicate this with the car standing and I couldn’t say if this was different from previously. I’m not talking big clouds of steam or anything, just noticeable. On inspection at cold later, coolant levels had not changed.

My mechanic says i should just drive it for a while and monitor, we can’t tell anything yet.

I had similar experiences with my XJ6C back in 2007. It kicked the lower radiator hose out at least three times.

In the end the head gasket failed and I did an 18 month complete engine rebuild and cleaned up the engine bay.

A couple of things that were wrong in my car back then:

1 the radiator and coolant expansiom tank had the caps switched!

Originally the cap on the coolant expansion tank had a chain to prevent this.

Once the whole system gets hot enough, if there is air in the system, like a large air pocket, it would allow the coolant to boil locally. If that happens the steam pressure will be enough to kick a hose out. That’s better than blowing a head gasket that may occur if the system is dead tight.

Make sure you have no air in the cooling system (easy on a 4.2) by running it and topping it up in front of the thermostat (and make sure the thermostat works.)

Check that you get coolant going both ways in and out if the expansion tank. On mine the wrong cap developed too high pressure and did not allow coolant to get sucked back into the cooling system.

Now it’s been working great for 12 years and 50.000kms. Also in terrible traffic in Liege and Brussels last week. 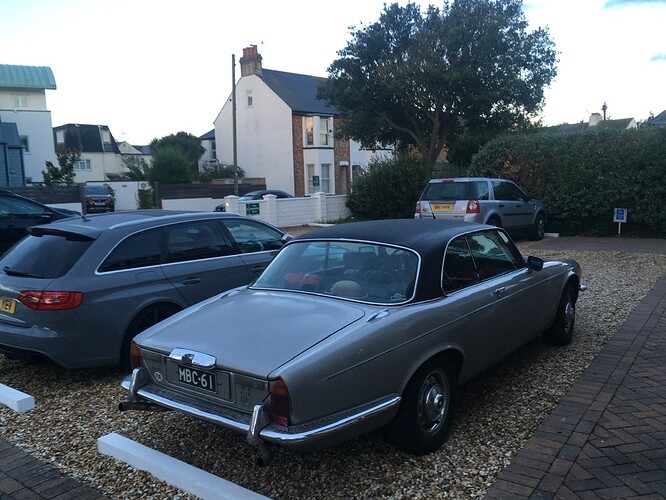 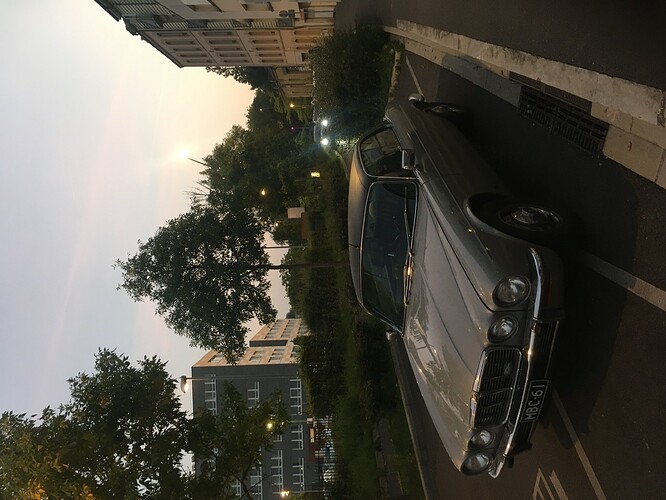 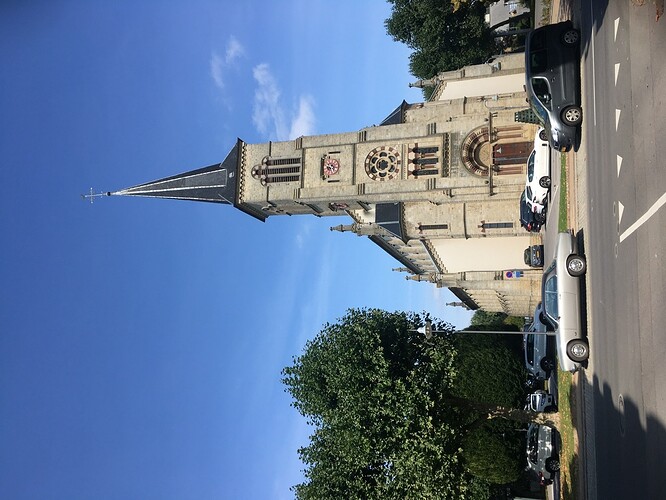 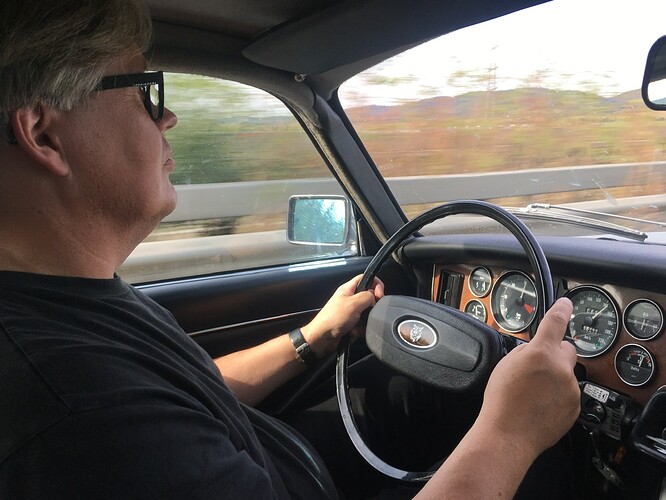 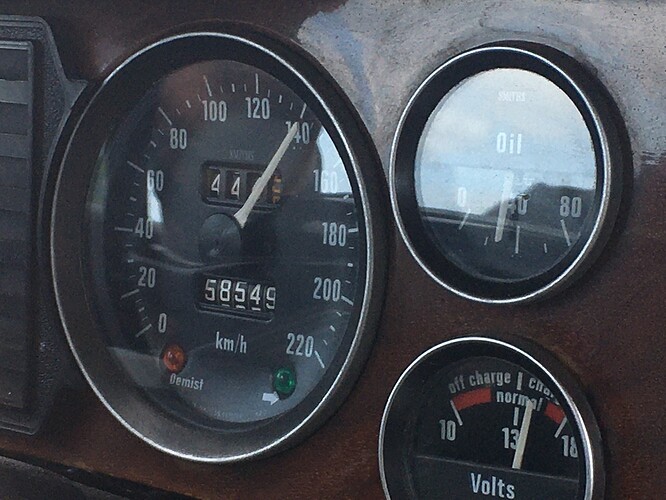 My mechanic says i should just drive it for a while and monitor, we can’t tell anything yet.

That’s all you can do. Maybe check if the hoses get pressurized immediately when you start it and monitor oil and water as usual.
I personally know they survive loosing 6 litres but twice that, amazing. I‘m now worried about my lower radiator hose as a weak point.

Usually (on a working system) the pressure is highest after shutting the engine down, because the water is not circulating in the engine much anymore, so besides a little thermo siphoning there is no supply of fresh cooled water and all the heat soaks into the coolant.

If it wasn’t you who installed that one show it to whoever was at fault so they don’t do it again.
I think the head gasket is the first to go followed by the exhaust valve area.

I understand that „Failsafe“ thermostats are made to fail fully open but I don’t see a reason to freak out about thermostats since we know what happened. Good luck and keep on driving!

Those thermostats are sold here, they are made to stay open when the radiator gets too hot. I will

send you a picture. 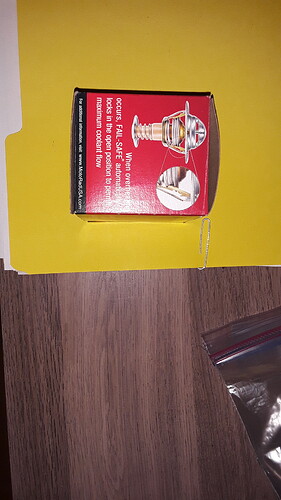 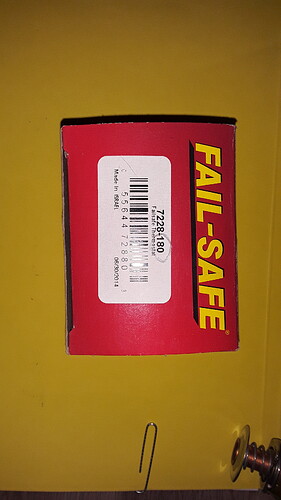 Sending you the pictures. 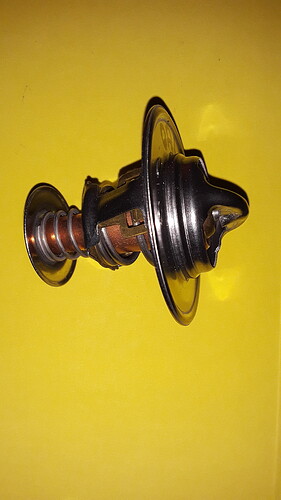 Every thermostat is fully open when the radiator gets too hot but some thermostats can fail in a closed state so driving on with a broken thermostat would not work. Your failsafe looks like any other XJ thermostat (well ok the earlier ones were brass and really pretty). I guess that the wax capsule pulls it closed against the spring when cold instead of pushing the thermostat open when hot. If the wax leaks out of the fail safe brand or type, the spring pushes it open. Otherwise the car would run hot, but nothing dramatic.
If the thermostat is okay why risk breaking the thermostat housing…

I had one of those episodes. The DOHC did not survive. The guage lied to me. Came home on a flat bed. Zero compression in all holes. Done for Now a lump…

Every thermostat is fully open when the radiator gets too hot but some thermostats can fail in a closed state so driving on with a broken thermostat would not work.

That said; thermostats tend to fail at ‘half mast’ when overheated…

My infra red sensor reported about 93c on the thermostat housing

**
That’s a mite hot, Nick - your thermostat may have failed due to overheating…

Elementary check; the engine should reach operating temps, around 11 o’clock on the gauge, within 5 minutes of driving - a failed thermostat will take considerably longer…so…?

Everything normal. Operating temp reached within 5 mins or so and stayed there. In the early part of the drive, exhaust seemed pale under hard acceleration again but later on this disappeared. So possibly more to do with the exhaust system not being fully warmed up.
This morning, checked coolant levels and no change.

Still have a couple of electrical issues which I will post in a new chain but am feeling cautiously optimistic on the engine front.

I guess that the wax capsule pulls it closed against the spring when cold instead of pushing the thermostat open when hot.

It’s exactly the same as any other thermostat Dave, the difference is that when the car overheats it opens a bit more and there are two tabs that click and lock the thermostat open.

Everything normal. Operating temp reached within 5 mins or so and stayed there.

Sounds good.
I would take the thermostat out and check it though, as Frank suggested, the 93°C that you measured is high.

If it stays there it should mean the thermostat is working but there might be a little steam pocket somewhere. If it stays at 92° that’s okay. If the temperature rose during normal driving, I would investigate. But I wouldn’t touch the thermostat if it can be avoided.

PS i run with an 88c thermostat, unless my memory is playing up.