How many 5 Speed XJS’s were produced

I was out at the local Brit car show on the weekend. I came across a really nice 1992 5 Speed XJS. The car was in great shape and someone was saying tis is a fairly rare car. I checked my XJS book but couldn’t find how many were produced. Does anyone know how many 5 speed XJS’s left the Jaguar factory. It also had a two leather upholstery which looked nice. Wasn’t sure if it was a red collection edition or not. 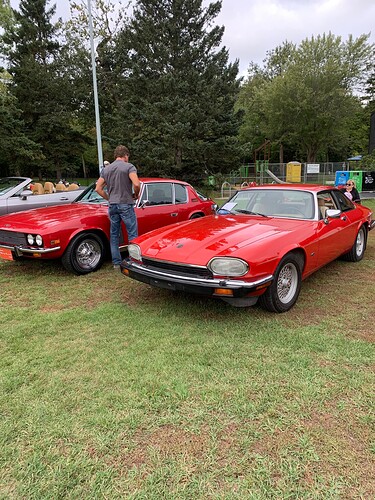 Does anyone know how many 5 speed XJS’s left the Jaguar factory.

For the US (North America), the only year 5 speed manual was offered was 1993. Only 6-bangers.
Anything else is either changed by the owner or grey market

I was just responding to the question, which describes a 92 5-speed. Assuming the OP didn’t miss-speak and the car is described correctly, I just said that any six with a 5-speed would be 290 for 4.0/3.2 years and a 265 for 3.6/2.8 cars, which is true wherever the cars wound up being sold, or not. The changeover happened around 1991 in the XJ40/XJS ranges IIRC.

I was just responding to the question, which describes a 92 5-speed. Assuming the OP didn’t miss-speak and the car is described correctly,

From just doing a quick Google search , I discovered this from another Jaguar forum.

So I sent an email to the archivist at JLR asking for 5 speed production numbers by body style for the US and Canada. After speaking to a specialist for this area, the archivist responded with the following:-

"I did the figures for US and Canada for XJS facelift manual cars.

There was none in 1995 or 1996. There was approximately 70 Manual AJ16 engine XJSs and none were sold to the USA. It doesn’t mean none have been imported though."

Remember these are calendar year production figures, so some cars produced in 92 may be 93MY and some in 1993 may be 94MY.

So a total of 176 cars for the US and 47 for Canada. A manual AJ16 looks to be a very rare bird and if someone did bring one over here, it’s probably the only one!

I guess the only reason I was curious is a gentleman at the car show said there were only 26 in Canada.
I’ve only seen two in my entire life.coincidentally both were red. One at an auto manufacturers auto show in the early 90’s with a cloth grey interior and the one on the weekend.