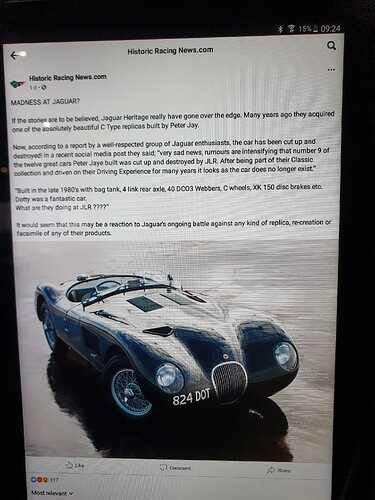 Or is JLR positioning itself for further legal action, where it might reflect badly that they owned a replica themself, in which case it’s pretty clear that the horse left the stable long before the stable fell apart (to coin a phrase)?

File under “baffling”, I think.

Perhaps Jaguar’s “Continuation” is their motivation for wanting the decks cleared.

If they plan to locate and crush every replica made, that’s quite the task ahead…

Yeah, that witness was clearly not well chosen to support their case…