Sadly, no Classic this year, but a couple of dawn photos from a few years back, taken at Indianapolis. 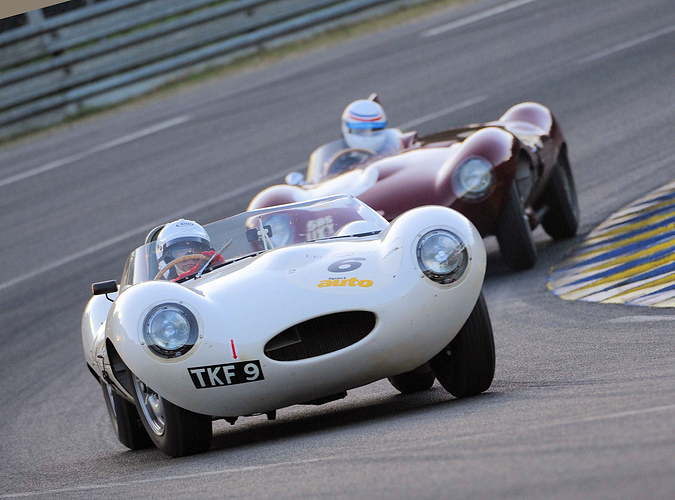 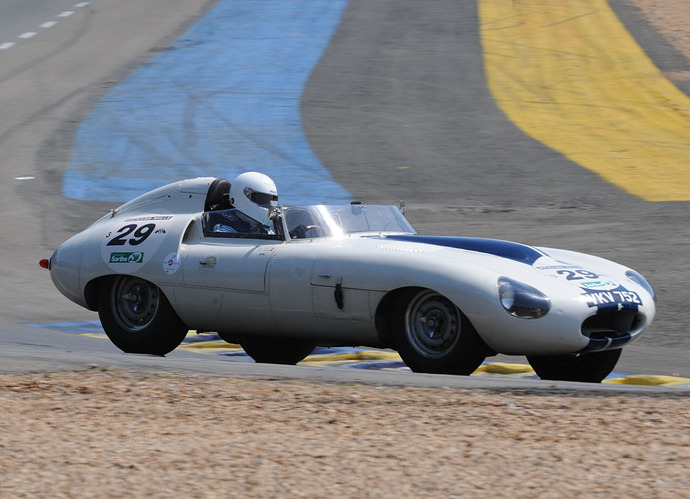 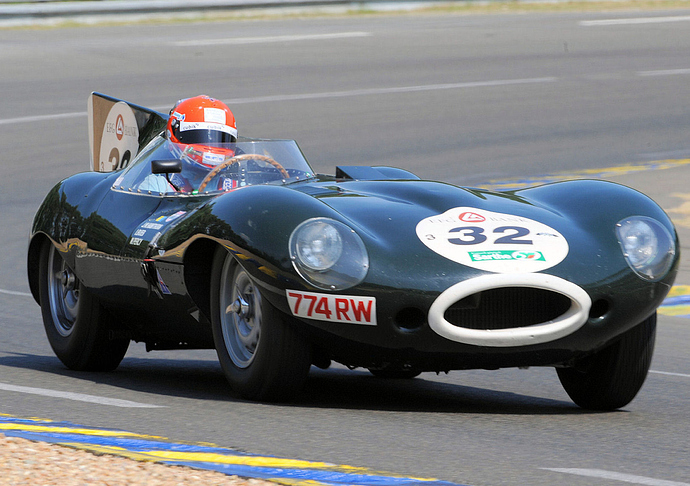 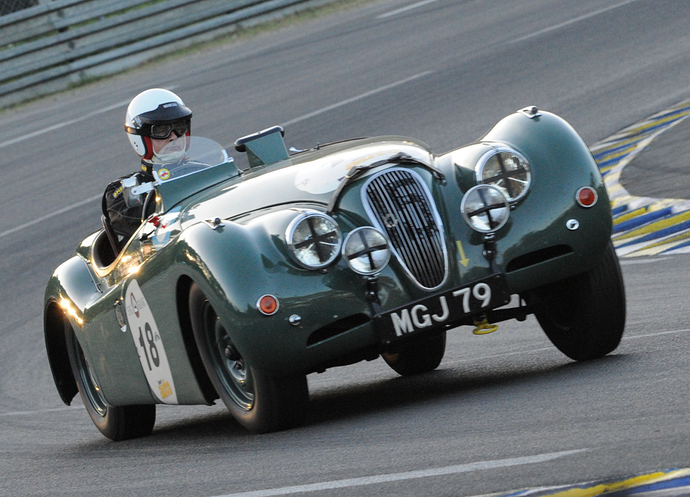 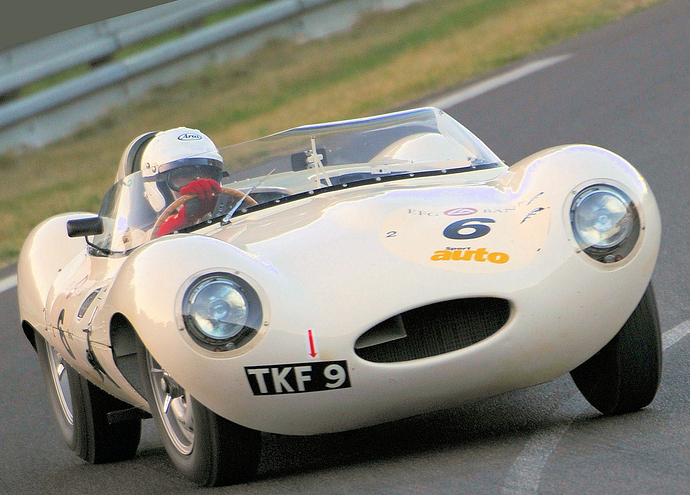 dueling ds there is nothing that sounds like that!

Excellent pics, thanks for posting…but…how on earth do they manage to not roll the car on that massive negative banking??..

It’s thanks to the ground effect obviously!

(more seriously, I would have probably tilted the photos the other way too)

Or perhaps to me tilting the camera for effect

Here is as it really is 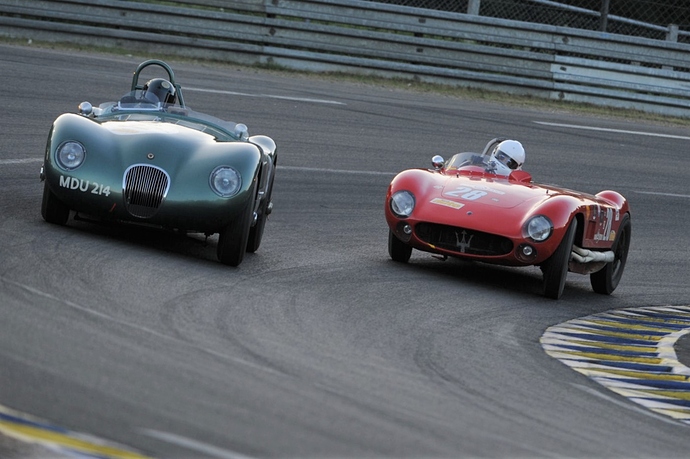 that is beautifull c and maser 250?

Of course, Alex Buncombe, seen here pedalling Fangio’s C-type, came from last and won the race. But he had the bend changed for his laps. 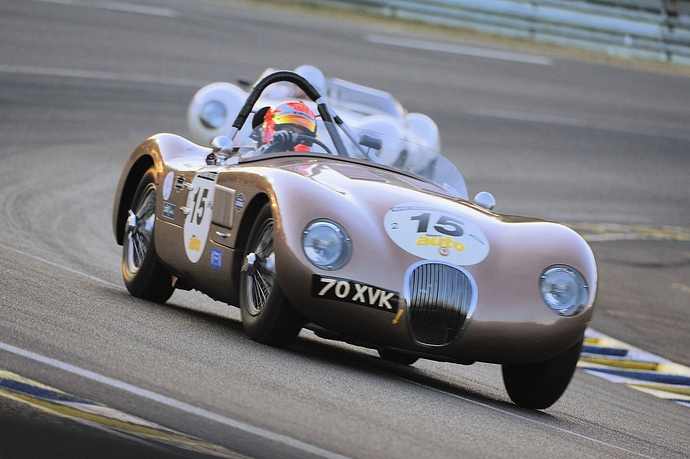 The C-type is XKC 004, the oldest in existence, and I believe you to be right on the Maserati, but I am no expert on them

Surprised no one has commented on the second photo.

is that one of the cunningham cars?

That is the mythical E2A, the prototype link between the D-type and the E-type.It was raced at Le Mans in 1960 by Briggs Cunningham and normally would have been cut into pieces and sent to Stickley’s scrap yard, as they did with all other prototypes. except in this case Roger Woodley persuaded William Lyons to let him save it and it remained in the family until it was purchased at auction by Stefan Ziegler for $5 million some years ago. The rules for Le Mans had changed and the engine had to be a maximum of 3 litres, down from the previous 3.8 litres that Jaguar raced up until 1957. The 3 litre engine was not strong enough and failed. Today the car races with a 3.8 litre lump but the original engine is preserved. Here is a photo of it. 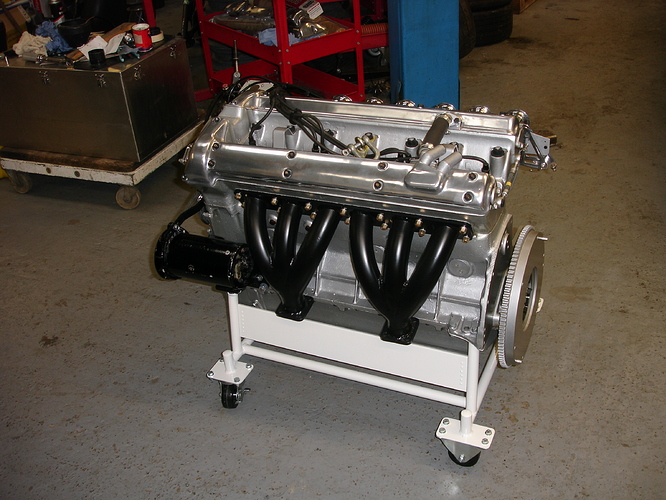 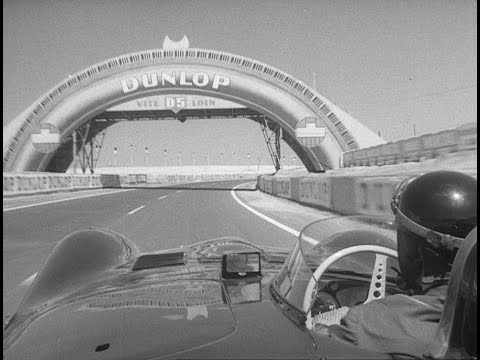 wow hawthorns 'smooth as silk and effortlessly quick. thanks for the dream ian. john

I wonder what the lap would have looked like at full speed.

Would that be a flying lap

Look’s easy and something you would like to do , till

i am trying to remember some of rob walkers insight and mosses, perhaps some one could find that artivle about mike relly getting the bit in his teeth.

Here I am at Goodwood, plus a photo doing a lap at Le Mans,Just like Hawthorn, except that when I did it the circuit was close to the public if not marshals and officials etc… This was on the Wednesday, and there were about 50 Japanese in the stands on the left. As I roared past, they all stood up and bowed! 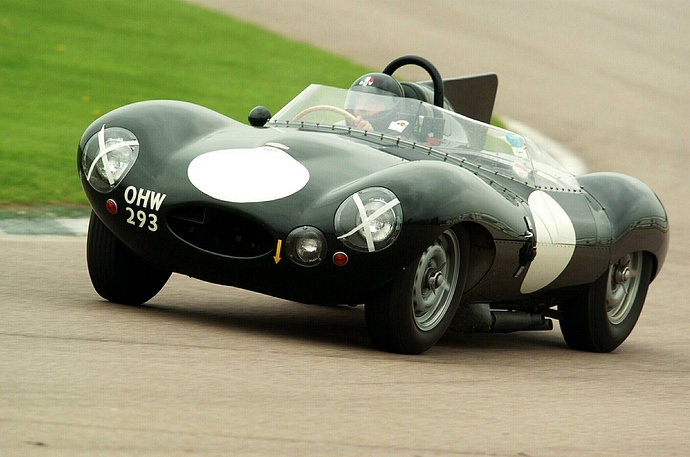 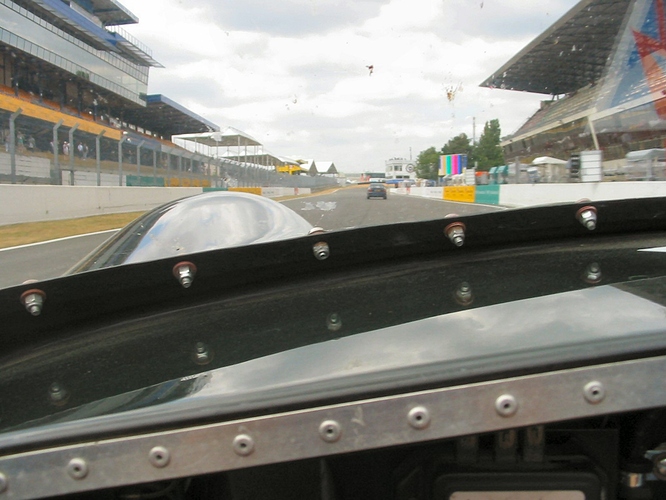