It looks as though LPG was last talked about on here over 15 years ago… so how about an updated discussion on it… (unless you’re all avoiding the topic for a particular reason?)

With this electric/green agenda unfolding everywhere and that our beloved petrol is not only getting expensive but much harder to find good quality low-ethanol stuff, LPG as a dual fuel maybe should be a consideration?

2.) I seen a youtube video recently from a Polish LPG company that claim they have successfully converted a Jaguar XJS V12 with LPG: 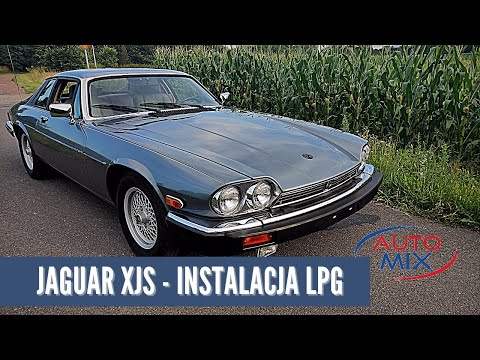 It’s obviously in Polish, but it seem legitimate enough … what do you think?

I’m really intrigued about going dual fuel on my XJS but need some updated info on the whole LPG conversion as I know it isn’t trivial, nor cheap. Anyone here who has a successful conversion?

@MarekH is your go-to guy!

Dear Owen,
if you use the search function and also look at the “old website” photo albums, then you’ll find plenty of details of my v12 running dual fuel, lpg and petrol.
kind regards
Marek

… it was more to do with seeing if this conversion idea was still supported to this day. I guess Google search results didn’t bring up everything.

Anyway, my main question is where do I start with all of this? What would you recommend for an '84 V12 HE XJS? (What I have).

Is a 1984 xjs worth spending money on? You have to decide how much money you want to spend and the only collectible v12 Jaguar is the etype, so it very marginal as to whether significant expenditure is worth making. At some point, the xjs be as desirable, so will hopefully justify the expense of replacing the Lucas fuel injection and at that point, it becomes economical to tack on an lpg conversion.

For the etype was an easier decision, as it remains a valuable car whether it has carburettors, fuel injection, or a dual fuel setup. In my case, I fuel injected the car at an expense of about GBP1500 to 1700 and the lpg setup was the same amount again. That sort of outlay is proportionately a higher amount for an xjs to swallow and a complete non-starter for an xj12.

I wouldn’t consider a piggy-back system even though you already have fuel injection. I would look to replace the 37 year old Lucas components with a modern ECU that is capable of handling multiple maps and has control of ignition and all peripherals aswell.

A properly executed lpg conversion should always have second hand value in the UK so long as the differential pricing exists between petrol and lpg, so the big decision is how much you want spend on a modern fuel injection system by reference to the car’s overall value. If your current fuel injection setup is now almost life expired, but the bodywork isn’t and you want to keep the car long term, then the decision becomes easier.

I run a Megasquirt v3.0 with sequential fueling and wasted spark ignition.