Also does anyone have recommendations for mechanic,Im in los angeles ca.

I do have the electronic SS Jag Service Manual, its only quite short, unlike later ones

think I may have free downloaded it form the internet

There are several members here with tremendous expertise with these models

You are really looking at a Mk IV service manual… and make adjustmentsfor some of the items that were different. There was no pre war service manual
One mechanic may not fit all jobs. The place that can , say, rebuild and balance tailshafts probably won’t be much good on beam axle alignments, or engine rebulds or double helical gear boxes. etc

Do you know where I could get manual ?Also any tips on who could rebuild engine,its 11/2 litre and turns over ok.

Welcome Roger.
I also have an SS saloon, built Jan 1938 , a 2.5 Liter, chassis 40051, engine L205. It has some odd characteristics different even from later '38s.
Let’s first be sure what you have. What are your chassis and engine numbers?

Thanks for the response, l will reply with #s after noon as im at work, im sure the engine is not original,badge on grill says 21/2 ltr engine says 11/2 ltr. But after 80 years who knows what they did.

ok engine #KB3811E
chassis #412592
body # B5346,obviously some one changed the grill,its for sure 11/2 litre.would really like to find an engine guy who could rebuild the motor?

Ok great, that chassis number, engine number and body number are in line with a 1-1/2 Litre RHD saloon built in 1947.
You can check some others of the same year on here using the Browse feature.
www.saloondata.com
You may already be aware of this, but that engine was built for Jaguar by the Standard Motor Co., which also made the Triumph, so your best bet on a competent rebuilder might be among the Triumph experts.
There are sure to be some in LA. My first thought is Moss Motors in Goleta, who sell TR parts and may be able to put you in touch with a good TR engine shop.
www.mossmotors.com
For the correct badge, Worcester Classic Spares in the UK.

Worcester Classic Spares LTD specialises in supplying parts for the Jaguars MK.IV, MK.V, MK.VII, MK.VIII and MK.IX models as well as for the SS and SS100 models

I havè some new 1 1/2 litre badge inserts, depending on which model.

As Rob says all the numbers confirm that you don’t have an 1938 SS Jaguar. What you have is a Jaguar MkIV 1947. There are lots of differences between the MkIV and the SS but one very obvious one is that in the Mark IV the lower edge of the boot lid abuts the top edge of the spare wheel compartment. In the SS the two lids have an immovable section of bodywork separating the two lids.
Unlike the SS there is a service manual for the MarkIV and there are plenty of original as well as reprints available. Just ebay for:
Jaguar Service Manual 1946-1948
Originals look like this: 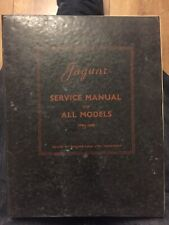 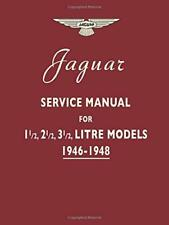 Thanks so much for info,I know ill have many more ?

Here is an electrical layout drawing for the MK IV 1947 and a couple of quick guide pages. 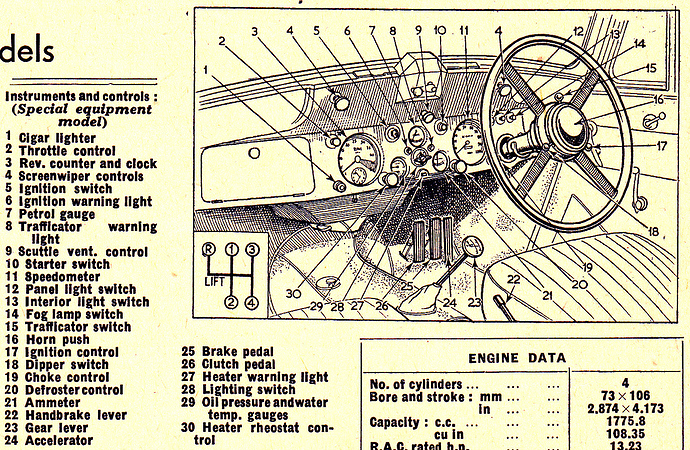 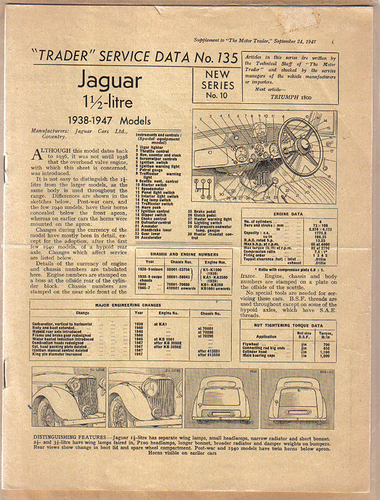 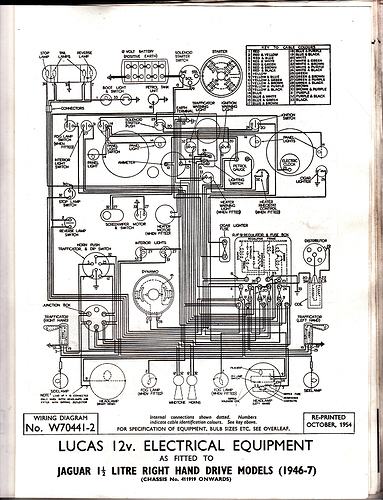 I have a full Service Manual and full Parts Manual for my 1948 1 1/2 litre MK IV which covers 1947 cars - I have them now as electronic scanned files, so send me a personal message (and include your email address) if you want me to send you a copy and will be about 6Mb file size attachment.