Looking to find info on my father in laws 1960 Xk150 Jaguar he used to own. Trying to surprise my wife so she can see it again

Looking to find info on my father in laws 1960 Xk150 Jaguar he used to own. Trying to surprise my wife so she can see it again. 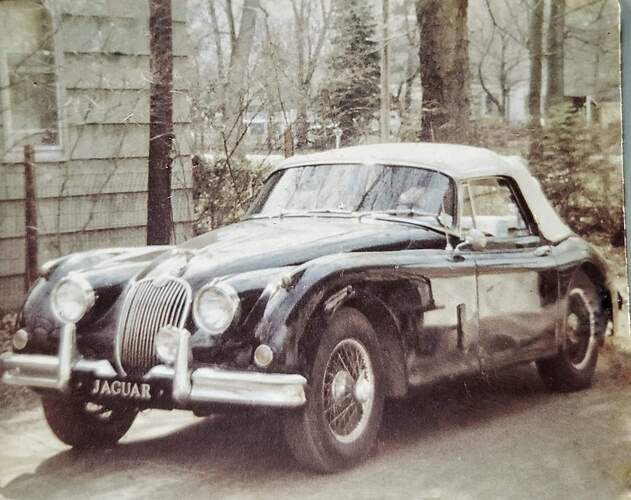 The car was registered and in northwest Indiana in the 90’s. Sometime in the 2000’s it sold… It was sold and rumored it went to Europe.
Father in laws name was Harry Robert Fouts

I don’t have a vin number for it. Just a license plate from 1990. Indiana historic plate.

Any info would help so much. 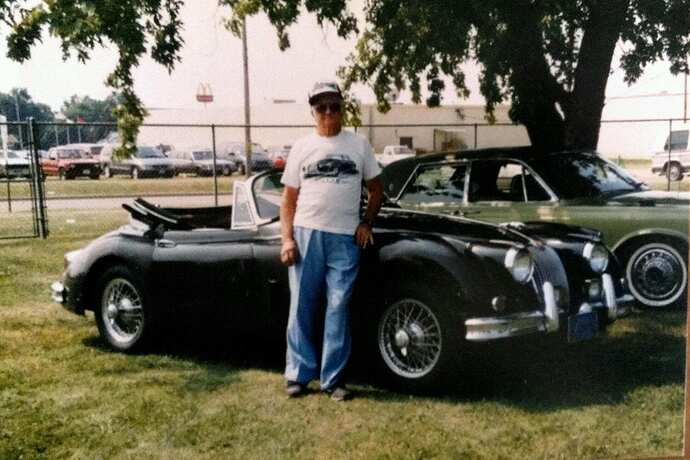 Thank you Rob. I will do some more digging and try to find an insurance record. Great idea ! I will keep ya posted. Thank you again

In addition to insurance records, a state registration document for the Indiana historic plate might have some car identification numbers.

The car was registered and in northwest Indiana in the 90’s. Sometime in the 2000’s it sold… It was sold and rumoured it went to Europe.

Ron.
I bought my XK150 from Northwest Indiana. (Dyer, Indiana.) and shipped it to the UK in Jan. 2006.
The original colour was Black, the same as yours. The P.O. changed the colour to red.
My car was built end of April '59. Apparently it’s not unusual for a car to be registered in the US the year its sold. I removed the wing mirrors and aerial…
Its difficult to see the rear lights in your photos. If you have the larger rear lights on your car, this probably wasn’t yours. 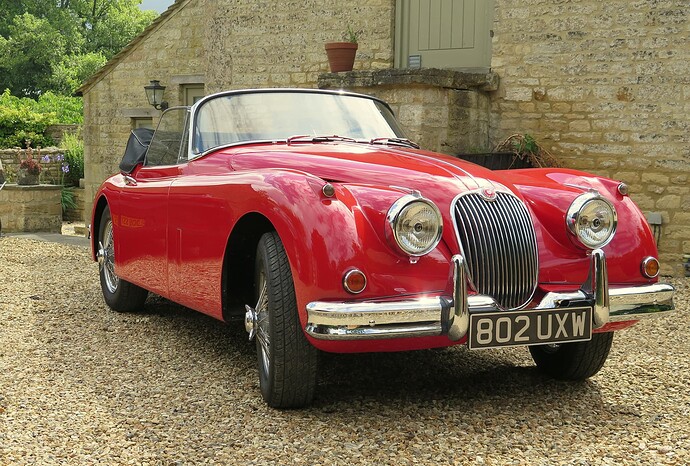 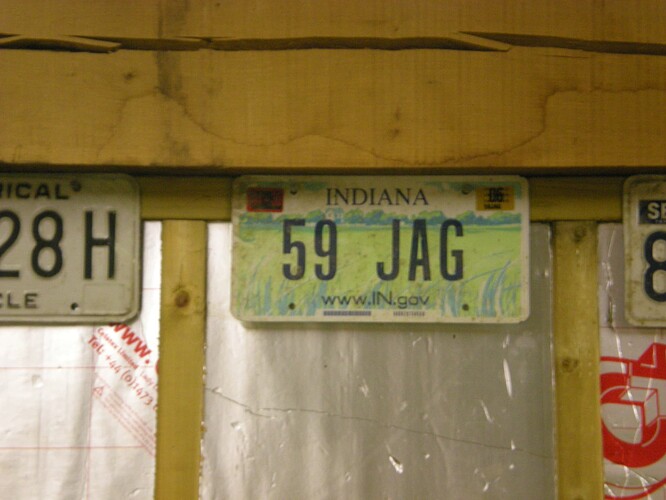 Do you know if the owner before you was Harry Robert Fouts ? If it was, it is the one. He sold it between 85 and 89 I just found out. It was sold by a guy named Warren Woldt. He lived in Hebron off of I65 in lake county, IN

I’ll find out more info from my brother in law. There was a crack in the block the her dad drilled out and plugged with a brass fitting and ground down. The car had a lot of rust on the body panels also. Yours really looks sharp !!! Thank you for replying.

Phil, here is the rear of the Jaguar. 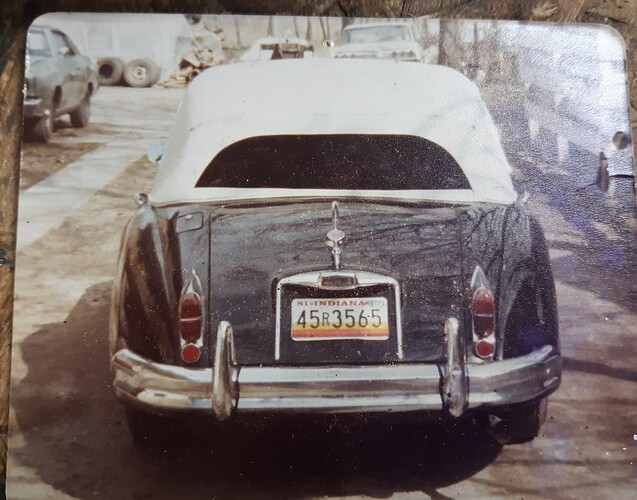 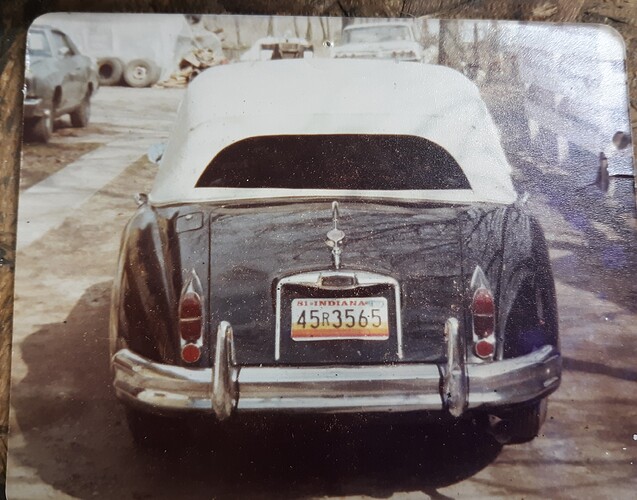 Hi Ron.
You have the larger rear lights on your XK150, which means it rolled off the production line at least 6 months after mine. I had a quick look on XKdata at all the 1960, black, XK150’s, but nothing stood out as being your XK.
I think your best chance is, if you can locate the VIN number, put it on XKdata with the photo’s you have, a description and your email address and hope someone recognises it and contacts you.
Good luck.
Cheers Phil.

Thank you Phil for the info. I will find that darn vin # for sure. I will keep you posted on my findings. This is exciting. LoL

Phil, I have somewhat of an update on my father in laws jaguar. The guy that sold the car was warren woldt. He was out of Hebron, IN, but had family in Lowell and Dyer ! The pieces seem like they fit. Can you check your records for this name ? Maybe the previous owner changed the whole car around to be like something he used to own. I’m having no luck finding that vin #. We have checked every available resource.

Thank you for trying to help us out on this quest to find her dad’s car. I really really appreciate it Phil.

Try searching his name and city in the AnyWho app. I did find a Warren Woldt living in Hebron but don’t want to publish his info here due to privacy concerns

I tried calling him. I left a message but no response. I might try him again and leave another voicemail message. Thank you for your help

Update… I contacted the Indiana BMV about doing a trace on both license plates we have, but they didn’t have any records of it. Still can’t find the vin number anywhere. I will try the Warren guy again.