Well, here’s a tip for anyone in the future who may be installing the later type heater in a Mark V. Put it in BEFORE you put the body on the chassis, or before the engine is in the way anyway. I’m sure that’s the way the factory boys did it.
Otherwise you’ll need to take the air cleaner and valve cover off to get the two top bolts in.
And you’ll need to learn the two finger method of putting washers and nuts on the three studs of the heater core, and I hope you don’t have fat hands. 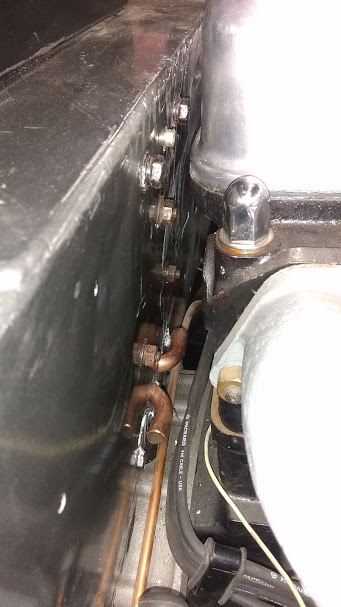 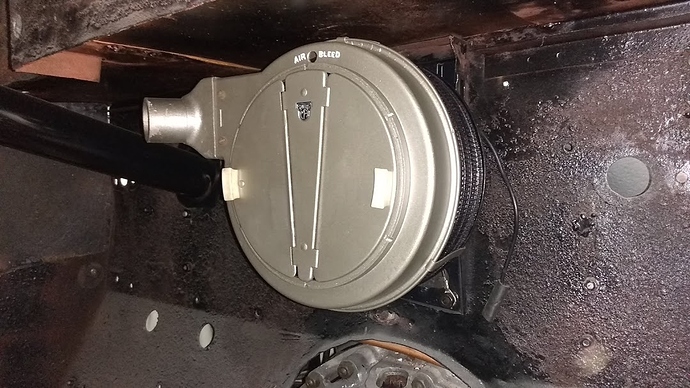 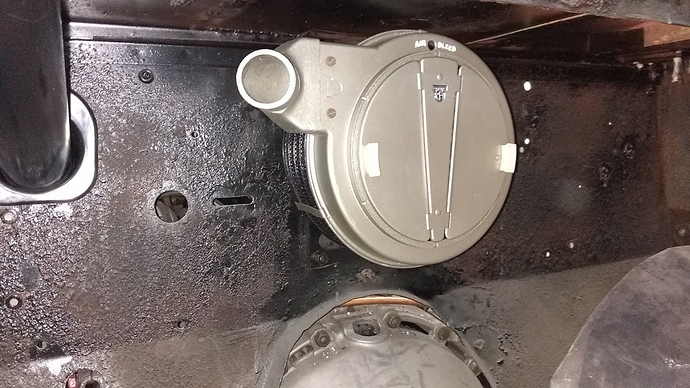 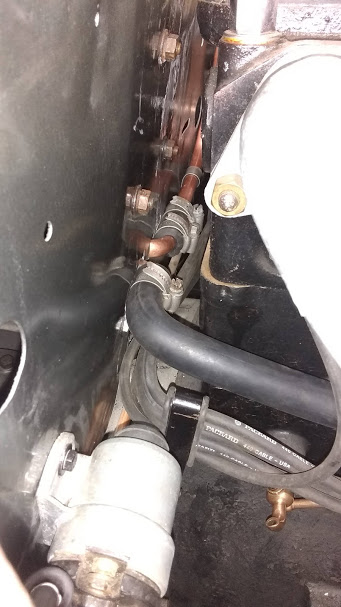 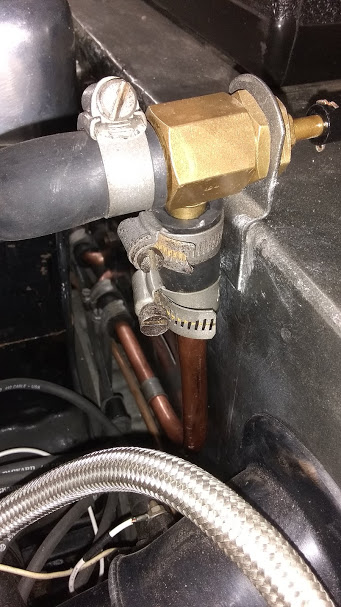 IMG_20200814_194146606341×607 71 KB
This model from Smiths has an air bleed valve at the top, protruding through the scuttle, so you can let the air bubble out when you fill the system.
And after going to a lot of trouble restoring the 10 original Terry hose clamps, I discover they won’t fit, the new hoses are thicker wall, a bit larger diameter than the old ones. Scrambled around and found 10 larger clamps, some Terry, some Jubilee, some Swedish, one American.
Water test tomorrow.
Timothy2963 (Timothy M Fox) August 15, 2020, 6:04am #2

You are absolutely right about the heater going in before the motor I’m sure. That would explain the Service Manual image. 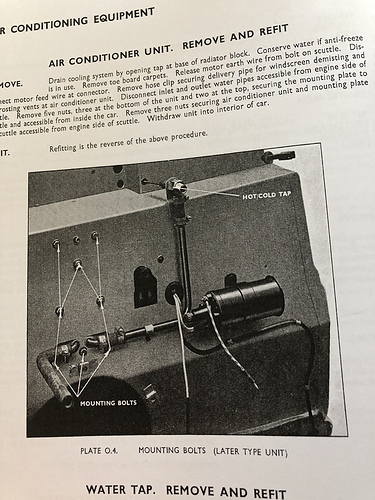 My heater was in a separate box whenI bought the car and I haven’t got round to refitting it for two reasons. First, I can see just how tight it would be against the firewall. I do have fine hands fortunately but often lack patience when I’ve dropped a nut, bolt or washer for the tenth time! Secondly, there is so much heat which comes through the firewall even on a cold day, albeit by Melbourne standards, that I don’t need a heater.

I am very grateful for the footwell vents. I still have the original factory tar type substrate ‘insulation’ on the cabin side of the firewall which isn’t much chop. I could fit newer material but that’s a low priority. I think I’ll fit the heater for looks more than anything else at some stage.

Filled it up with water for the test, no leaks, and it runs! Started up easily, and with 60 psi oil pressure. 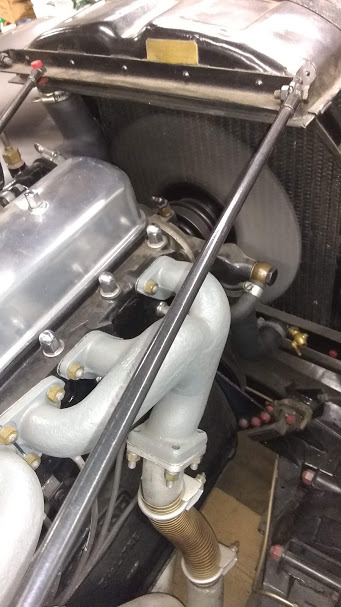 Congratulations, Rob, on running the Mark V engine. Is this the first in-car engine start since before your paint work began?

I started it once last October without water, just for a few seconds. This is the first time running for a longer period since I rebuilt it.
Now moving on to door alignments.

It’s doable but far from easy. I took the heater out in about 2006/2007 restored it and put it back in, with the engine (complete with cylinder head etc) in place, but it was desperately diffcult to ger all the nuts and hoses and hose clips in place. :-o

For those living in climates not needing a heater, there is an alternative for heater installation on Mark V cars with interior heaters.

The heater may be installed in the car where it may be seen while leaving off the hoses behind the engine block. Heater cores are known to rust through and pour engine coolant car interiors. The only fluid in my interior heater core is air. It was easy to put threaded plugs up at the water pump and on the water manifold and put the removed parts into storage.

Not a solution for everyone, but I live in a warm climate and have had the unfortunate experience of having a heater core dump into a car interior (not my Mark V).

The circular heater in the MkV is not a visually attractive accessory. I would be tempted to remove it totally in warm climates.

I remember many years ago being given a lift on a cold day in a small Ford. I asked the driver if he could put the heater on, which he did. My first reaction was: “that’s an incredibly effective heater!” but shortly after I discovered that it had squirted hot water over my ankles and I opted for the heater off option.

“that’s an incredibly effective heater!” but shortly after I discovered that it had squirted hot water over my ankles and I opted for the heater off option.

You have reminded me of a similar incident I had in a TR6 back in the 1980’s. The heater hose split and sprayed boiling water all over my feet in the driver’s footwell. The only problem was that I was approaching a traffic light which had just turned red so I had no time to turn the coolant flow off. In went the foot to brake hard and come to a stop.

Scalds take quite a while to heal!

I’ll keep the MKV’s heater in a box for a while.