Hi Guys
According to the author of the book ‘The Rise of Jaguar’, the early Mk4 had a longer bonnet to the post war cars. Does anyone know by how much. It may explain why in some adverts the car looks stretched.
Mike

There may be a confusion of terminology here. There are 5 distinct types of cart sprung Jaguar saloons. (Cart sprung as opposed to IFS in the MkV)
The term MkIV only applies to the version preceding the MkV. In other words the post war cars. The other 4 are SS Jaguars and not MkIVs.
The earliest are the coachbuilt types.

I think it is true to say that the coachbuilt cars had longer bonnets than the all steel cars but as far as I know the all steel SS Jaguars and the MkIVs share the same bonnet lengths.

In short, I think Barrie Price has been confusing the terms SS Jaguar and MkIV Jaguar in spite of them being very different creatures.

Thanks Peter - a very comprehensive answer. Dont think we have any coachbuilt SS 3.5 or 2.5lt in the club - would like to have taken a measurement. From the early adverts, I reckon they look better with the longer bonnet. Perhaps I will have to get busy and weld a couple of inches in haha.
Regards
Mike

I would have expected my bonnet to be the same length as Rob’s but it’s not! My car is the same model but dispatched in January 1939 and the bonnet length is 1224 mm (This is the actual length at the hinge point and not the length of the hinge itself.)

My 1947 3.5 lt is different again at 1228 mm. This difference could be because I made 2 new bonnet tops. A previous owner had stood on the original bonnet to reach something in the shed and caved the metal in to such a point that is couldn’t be straightened satisfactorily.Looks like we need a car earlier than 1938 to capture the longer bonnet that Mr Price is referring to and this would have to be a 2.5 lt.
Mike

I’m not convinced that this collage tells us much. Possibly the smaller body of the coachbuilt car accentuates the apparent bonnet length.
Top to bottom they are:
1937 coachbuilt SS Jaguar
1939 all steel SS Jaguar
1948 all steel Jaguar MkIV 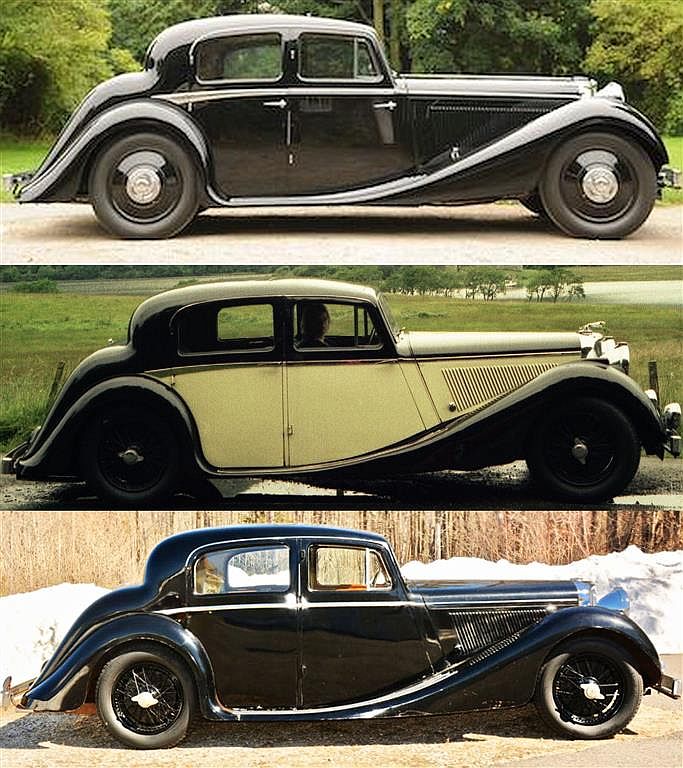 No, not your imagination Rob. If you see it in white you can see the broken front door leading edge.

Very good, yes I see the change in slant or angle from lower door to upper door. I wonder if Lyons was bothered by it. It appears that this was related to the need to open the LH door past the spare tire. 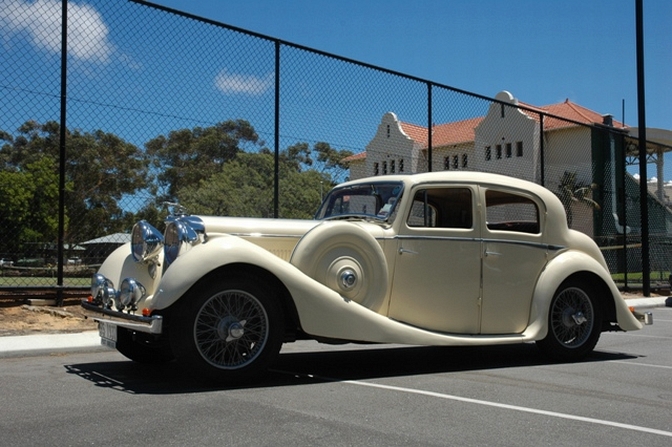 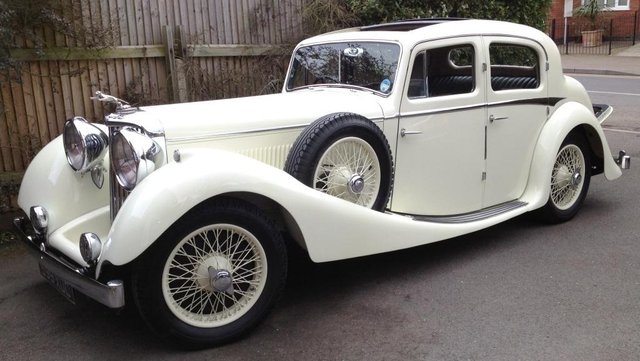 So we can take the door and bonnet change for ‘38 as all part of Lyons’ styling improvements related to hiding the spare tire.

It kind of spoils the lines but curiously the coachbuilt 1.5 litre doesn’t have this problem but the spare wheel is pushed higher relative to the bonnet top. 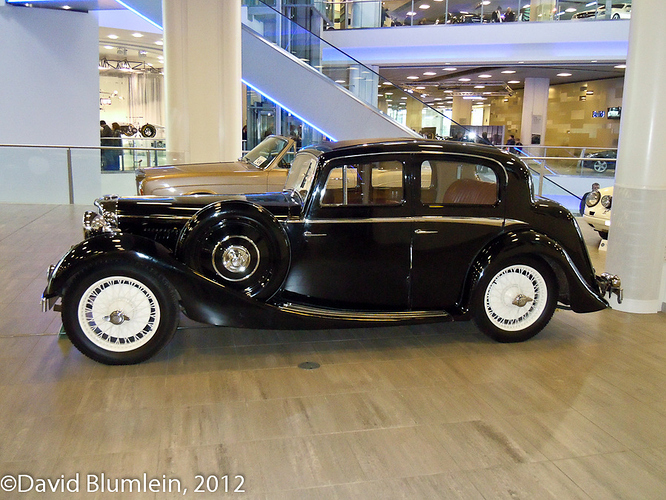 Yes, the first picture of Peter’s collage does seem to show a longer bonnet and in my opinion improved appearance, but as Peter says may be an illusion emphasised by the narrower back door and therefore supposedly shorter body length. Nice collection of pictures Peter.
In the second picture of Rob’s the bonnet appears longer than in any similar photo I have of my car.
Mike 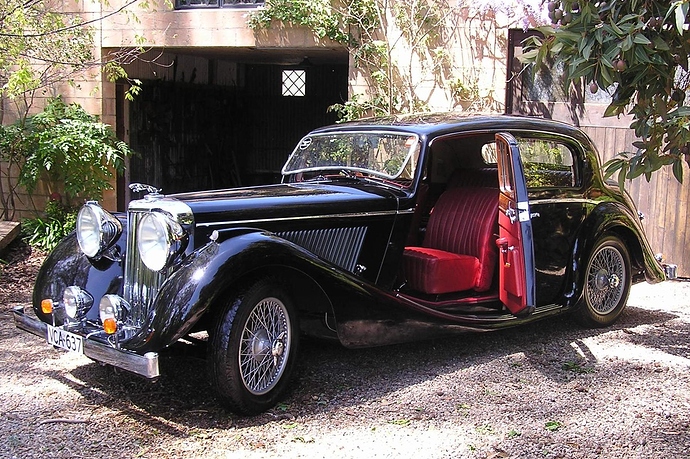 Tough to really tell, as the spare or lack of it affects the illusion.
Another thing I just noticed is the rear door glass appears longer front to rear on the all-steel cars.

The all steel cars do have noticeably larger bodies. There is much better rear legroom and the rear door is wider. I think I can remember measuring the bonnet length of a coachbuilt 2.5 litre and it was longer. There are pluses and minuses with all models.

I think the proportions of the coachbuilt cars is more attractive than the all steels but the broken line on the front door detracts from it. The all steel SS Jaguars have nicer interiors than the MkIVs but the MkIV have more elegant rear ends.