Old tensioner plug about to drop inside (picture) - Success!

Trying to carefully remove old and extremely hard / brittle rubber plug. I’ve tried every different shaped pick I’ve got. But the rubber is SO hard that every time I apply force to remove, pieces just explode outward. 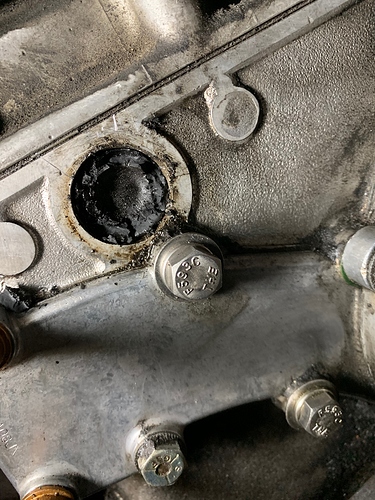 I’ve pretty much run out of options and am about to lose the rest inside the engine. I know everybody says I shouldn’t worry, but most people just seem to lose the inner ears, I’m going to drop most of the plug!

i had similar issue - I poked a hole in middle thinner area, and inserted pick/hook tool so I could hook around the back of it and pull. Worked pretty well.

Poke hole at angle so as not to push plug in.

That old plug was hard as Bakelite and there was no way I could poke a hole through. At least until I heated up my pick red hot with the torch. Then I was able to slide/burn a hole through with a straight pick and then ‘thread’ a curved pick in behind.

Still only came out in bits and pieces, but at least they mostly all came out. At least one piece fell in, as I could see it in a picture. Had it skewered with a straight pick but ultimately while trying to wrangle it out, it fell in. 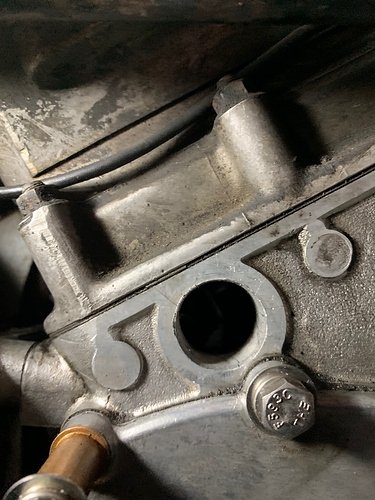 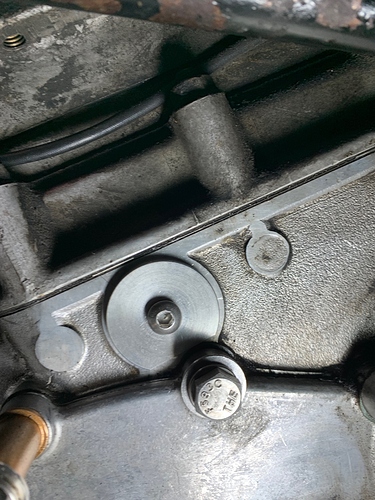