I am posting here because of the F type forum getting so little traffic.
Monday just got a 2017 F type coupe with 12K miles, V6 (340 hp)
This engine compartment is so tight, there is no way two more cylinders could be added. I thought I remember reading the V6 and V8 share the same block and crankshaft? Car is Jaguar Certified but found some issues that need to be addressed. Brakes function fine but rotors are very worn with a ridge on the perimeter? Top hinge of drivers door has wear/play up and down movement on a near new car? Headlights flicker on rough pavement, so much for quality control? Other than that a beautiful car that can not get by on looks alone.
Glenn

I believe they are the same block, I seem to remember a discussion someplace that posed that question. I queried the reply due to a V6 normally being 60 deg v 90deg for the V8 the explanation was that they have countershaft(s) to correct the harmonics.

As usual, Google is your friend:

Jaguar's V-6 is a reworked version of its V-8, but it's much more than just two dead holes. Read more at Car and Driver.

So does this mean I have two empty holes in my block or no holes but blanks.
Was looking around engine compartment for the oil dipstick, there is none!
These cars scare me with all this high tech stuff, usually been able to fix most things myself even on my XK8. Will not be the case with the F type. What my E type has 8 fuses, the F type about 180 fuses. Do we really need to have windshield wipers that come on automatically? Or a silly rear wing that raises at about 70 mph.
Need some ideas for a personalized plate, everything I could think of was taken. Do not want to incorporate “F” in plate may be misunderstood.
How about a British term /slang up to 7 letters/#s.
If someone comes up with a good one I use will donate $100. to Jaglovers.
Glenn

Thanks Ray
So the cranks can not be the same.
Glenn

So the cranks can not be the same.

Read the article. It’s a V8 block, with two bores plugged, and two 3-cylinder heads. The crank has split journals so firing is still even at 120 degrees in V6 form. Plus the crank has two counter-rotating counterweights to further reduce NVH.

I did read the article Ray but I aint no engineer. Lucky I made it through high school!
Glenn

Anyone remember the cookbook, Manifold Destiny? They used the valley of an XK head as a cooker. Seems to me that those two empty cylinders would be perfect for fixing an oyster stew and a stack of Pillsbury biscuits. Maybe it’s time to revise the book. 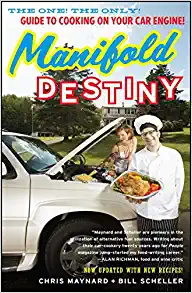 I did one better on my E type. My exhaust manifolds on my 70 series 2 have two flat spots with threaded bolt holes. I bolted on a steel grate and cooked a three course meal. An annual event in So. Indiana.
Glenn

If someone comes up with a good one I use will donate $100. to Jaglovers.

I’ve seen 5PLAY on an E here in NZ (one better than foreplay?)

Want a plate with CLASS.
Saw a young lady a few years ago with a plate that read “HOT2TRT”.
surprised that got through
Glenn

I am posting here because of the F type forum getting so little traffic.

Come on, man. If everyone thinks like that, the poor F-Type forum will never get any traffic.

I’m making an executive admin decision and moving this thread to F-Type.

So does this mean I have two empty holes in my block or no holes but blanks.

Here’s what Wikipedia has to say about the AJ126 engine, in part:

The AJ126 V6 is basically an AJ133 V8 engine that has 2 fewer cylinders and is made on the same production line as the AJ133. It shares a very similar block as the supercharged V8 AJ133, with some differences such as reduced bore size. Cylinder heads are also derived from the V8 engine. The engine features a balance shaft to drive the oil pump and balance the crankshaft.

https://en.wikipedia.org/wiki/Jaguar_AJ-V8_engine (scroll down a bit)

I just read the Car and Driver article Ray posted, and was surprised to learn about how Jaguar went about creating a V6 from the V8. I had no idea, I always assumed they’d chopped off two cylinders and shortened the block. You learn something new every day.

I also didn’t know about the split pin crankshaft. Clever. I’ve always felt that the AJ126’s idle sounds different from normal 60 degree V6 engines. A little lumpy. Almost, but not quite, like a V8.

Here’s a short video from Jaguar, showing the engine in exploded view (you’ll have to hit the pause button):

Bonus link: Jeremy Clarkson tested the F-Type for Top Gear back when it first came out:

The reason was largely to do with crash testing. With a different, smaller, engine they would have had to repeat the Euro NCap (sp ?) programmes but with those parts unchanged the V8 results carried over to any Jag models using the V6.

I also didn’t know about the split pin crankshaft.

GM did it with the Buick V6 in the 80s: @Craig_Balzer may know more than me, being a Buick Boy!