All,
My S3 PWDA has been tripped so the light is on. I have performed the reset procedure in the ROM several times with no luck so have just unplugged the light. Unfortunately, my OCD kicks in and I know it is not right so want to fix it.

There is a cap on each end of the PWDA. I tried removing one the other day and it is on real tight. Before I =gain better access to the switch to try to remove it, can anyone answer a couplle questions?

Well, something went wrong and I did not get the questions before it posted!

Thanks for the help.
Doug

If you unscrew the end “caps”, then you’ll find there is a bolt running from end to end. It has a groove at either end which houses an O-ring to maintain hydraulic integrity. In the centre is a spring loaded switch which either conducts to earth or not, depending on whether the bolt has moved across or not…

A sensible and cost free approach is to simply omit the PDWA. If you are careful, then the brake pipes can be manipulated to join the booster connections directly. The front and rear pipes would be reversed in this case, but that won’t affect the braking, simply what the failure mode is if hydraulic pressure or vacuum is lost.

The booster connections on the s2 car started one way around and it switched sometime during the production run, so there is no great significance in which is the master and which is the slave.

Do make sure you don’t have a genuine hydraulic problem first.

If I am understanding the internal design you are describing, then the caps should be dry and if I remove the correct end, I should be able to slide the spool/bolt to the center without having to re-bleed the system. I know the switch does nothing but I have in the back of my mind it is not per the design and want it to work as planned!

Yes - if it works as it should.
Be also prepared to find that the O-rings have leaked, it is horribly corroded inside and the bolt is covered in 50 year old congealed muck - you just don’t know.
kind regards
Marek.

Just unplug the dang thing, your most likely going to have to bleed the brakes when you open it up and it’s never going to work reliably. I rebuilt mine many years ago and it worked for about a month. One caveat though, I always check my brake fluid before I take the cars out.
Cheers,
LLynn

It is a bit of quirky safety feature.

I’d quite like to know before that happens, not afterwards. I think the seat of the pants will have worked this out long before I notice a red light coming on.

Well, something went wrong and I did not get the questions before it posted!

Tip: If you click the little pencil at the bottom of your original post you can edit it rather than adding a second post. (But maybe you already knew that . . .)

Doug,
The PDWA (C37217; RTC2525;Girling 64048953) is a safety device, much like seat belts. Sorry to hear you’re having difficulty resetting the valve. Here are some pictures of an original valve and it’s components. Hope it helps. Corrosion inside the valve is usually the culprit. It’s the result of improper brake maintenance. The ROM is so-so in the reset operation. I"ve found it’s best to remove the valve, overhaul it, reinstall and then bleed the brake system. I know it’s a lot of trouble but the only way you’re going to know what’s going on IMHO.

image3080×1602 782 KB
There are two pistons within the valve body. Each is fitted with a square o-ring to hydraulically seal the unit. The right piston has a groove in which the small steel ball resides. The ball groove keeps the switch from making contact. If a leak develops the associated pistol will move causing the ball to ride up on the piston, actuating the switch which turns on the BRAKE light. 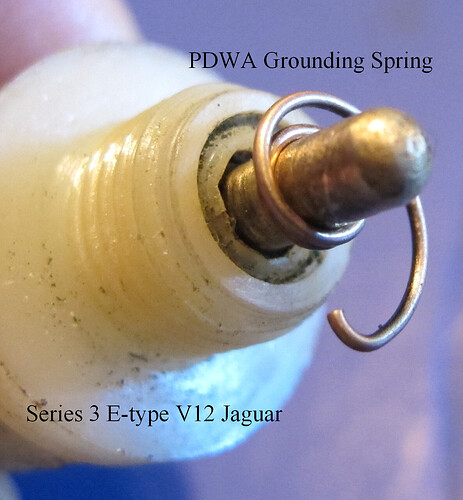 image1187×1281 283 KB
Girling made a Service Kit - SP2615 but as of late, it’s not been available. The kit comprised two square seals, 2 copper washer and the steel ball. Maybe one of the major suppliers will see fit to re-introduce the kit! The switch was used on numerous British vintage car PDWA valves along with Ford Motor Cars. 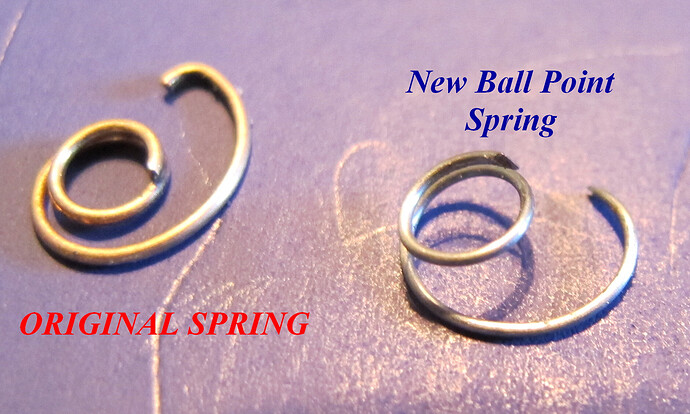 image1883×1131 506 KB
Without the ground spring the system won’t turn on the BRAKE warning light if actuated. They’re easily fabricated. 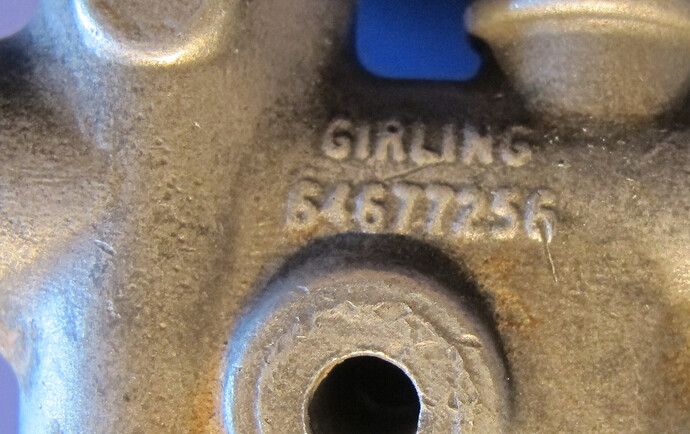 image2254×1419 676 KB
PDWA body Girling part number.
With care the o-rings may be reused. They’re square and the material is resistant to brake fluid. Standard o-rings will not work!
If you have not idea when the last brake flush was, when the last time the PDWA was overhauled then it’s time to remove it, take it apart and see what’s going on. It’s 40+ years old and probably never been serviced.
Hope this info helps. Nice stable of cars. Also have several daughters living in the area.

Photo showing typical corrosion found on a long overdue valve service. The valve would not reset per the ROM because of internal corrosion. Once overhauled and a new service kit installed it worked as new! Tip: Pipe cleaners with brake cleaner spray are good for cleaning the small fluid passages. 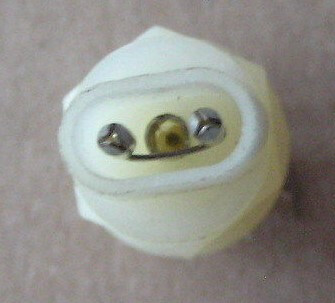 Inside the switch connector end the two terminals are shorted together via a cross wire. 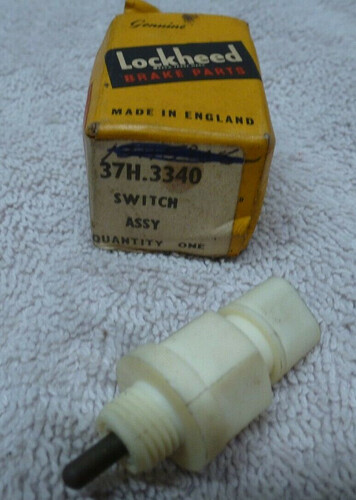 image773×1084 149 KB
OEM switch. The same switch was used on circa 1970’s MG, Triumph and other British Leyland products sold to the North America market. Ford used the switch, among other applications, 1986 Bronco.

Dick,
This is exactly what I was hoping to see! Thank you very much!

Doug,
Glad to be of assistance. Post some pic’s of your PDWA if you remove and overhaul it. Since the SP2615 service kit is NLA I’m looking into PTFE square o-ring seals. The small ball bearing shouldn’t be a problem finding either. The original end washers may be super heated with a torch to anneal them back to specs for reuse. Any questions don’t hesitate to ask the Forum or send me a PM.

For anyone reading this thread who does not know what PDWA is short for it is Pressure Differential Warning Actuator. (I googled it). The information in the thread is valuable and I would encourage the original poster to correct the order of the letters In the title for the benefit of anyone searching in the future.

I used to have a T shirt with “DUCK” written on it. Underneath it said “Dyslexics Connection UK”. I’m guessing our cousins across the pond won’t get it, but the Brits will nod knowingly…

Five out of Three of us are so we may get it!!!

The French Connection UK T-shirts were very good advertising for the company. Everybody noticed them, big time.

Doug,
As a follow-up here’s a tool that will aid in keeping the PDWA valve centered while bleeding the brakes. 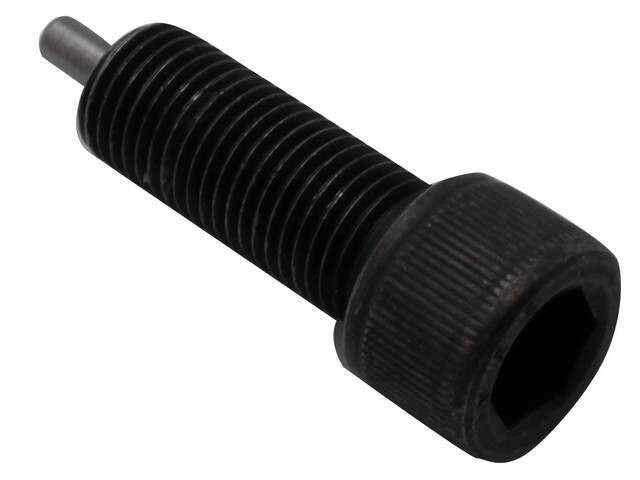 Found this little gem at National Parts Depot - part number 914-7. It arrived today and I gave it a test drive. Works great with the Girling PDWA valve even though it’s listed for American vehicles.
To use the tool remove the PDWA electrical switch and simply screw this into the port, finger tight only. The tool pin will keep the ball seated in the shuttle piston detent, holding the shuttle valve while bleeding the bakes.
After the brakes are properly bled remove the tool, install the switch and wiring connector. Check the dash Brake light insuring the PDWA valve has not operated/tripped.
NOTE: If the PDWA has operated/tripped this tool will not reset the shuttle valve. To reset, follow the ROM procedure (70.25.08; 70.25.17) or remove the valve assembly, overhaul and reinstall with the tool in place of the switch.
Another note: If the PDWA internal seals have hardened (age/heat) brake fluid may migrate up thru the switch. The switch does not contain fluid. Lastly, if rebuilding the PDWA use new end Copper Crush Washer (according to Girling).
.