Does anyone know of a current source of Marelli coil connectors ?
The “Holy Grail” link in the January 2005 posting by Steve S. is no longer good. The posting provided this additional information:
WMC-100, AMP Weather-proof Multi-connector, and then select “Type = 4-way
(2 male and female connectors per pack)”.

I’m an amateur at this so, having my nose rubbed into the source/parts I need would be gratefully accepted as blessing not punishment.

I found this 4-pin connector on eBay, UK - 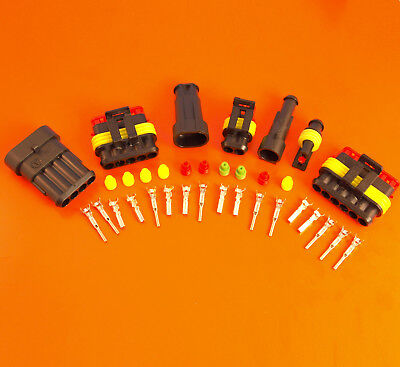 Is that what I need ?

(With due respect to the UK) Is there a source for the Marelli connectors that is a member of the Jag-lover community (i.e: mutual support) ? Or, perhaps a source in U.S.A. (assumption: faster delivery; less costly freight) ?

My XJS is sold but I’m in the west burbs and I have some of those connectors that you link to on my shelf. You’re more than welcome to stop by and see if it would work for you.

They are a standard connector. Here’s one kit for sale and if I needed one I would role the dice on this one.

Send me a PM. I have a 1995 6.0L XJS with Marelli ignition. Redid the wiring and still have some spare connectors in the garage.

Does anyone know of a current source of Marelli coil connectors ?

Just recently my local NAPA guys conjured this up for me. It worked. 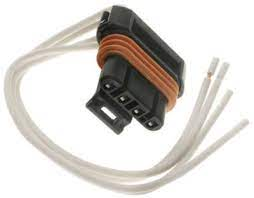 Just introduced the two curls, yet the little tabs on the connectors were weak and busted off. The connector actually fits cozily with its little orange elastic sleeve, however it’s basically impossible to keep them associated with changes in temp, vibration, and so forth. This might become agitating. I might not find the connectors anyplace as the JAG vendor at any point could not find a section number, just the whole 15 foot at any point lengthy saddle… Figuring I should essentially electrical-tape the poo out of the connection…??? Any assistance is enormously valuable!

Doug,
Thank you for this tip. 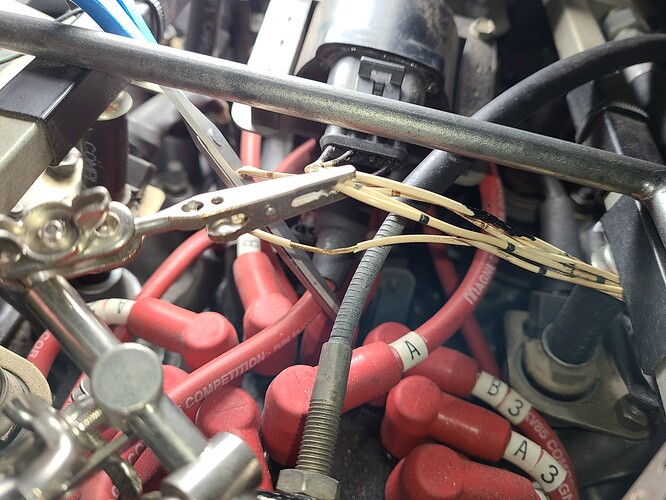 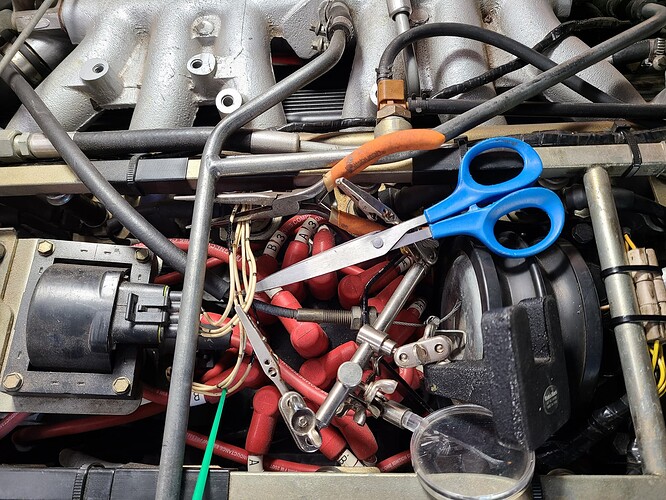 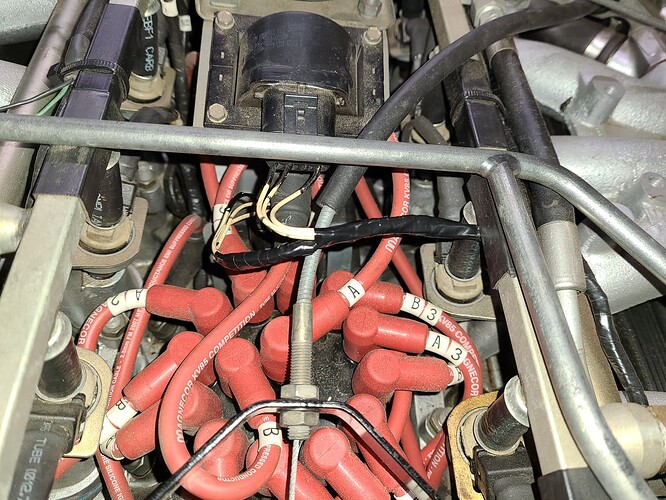 20221020_1837541920×1440 394 KB
Based on your tip I picked up two of EC194 connectors at the local NAPA. They didn’t have them in stock but they arrived two days later. I also purchased some identical looking wiring from them and I plan to replace the connectors and all of the brittle wiring in the spring.

Ahoy !
So…How does one remove the wires from the OE Jaguar Marelli coil connector ? Anyone actually done this ?
I thought removing the wires would be relatively simple: insert, from the wire side, a thin probe into the Marelli coil connector to release the lock-tab then, pull out the wire. No success. Wire didn’t budge. (Assumption: The compressible lock-tab is on the Marelli coil connector while the stop-nub is on the wire ferrule. Could be the opposite arrangement but, I don’t know what type of probe would be sufficiently thin and stiff to be inserted from the ferrule end. Maybe a dental probe.)
Unfortunately, at this time, I cannot get involved with rebuilding a harness, which is truly the sensible solution. For now, I need a speedy “plug and play” hence, simple change out of the broken connector. Ha !
Regards,
Richard Cielec
Greater Metro Chicago, Illinois; U.S.A.

Richard,
If you don’t plan on reusing the plastic connectors, why not cut them apart with a dremel cutting wheel tool? I did this when I removed and replaced a bunch of broken fuel injector connectors. If you have a steady hand, and are careful, you can cut the plastic away without damaging the metal pins and then reuse them. Just put a towel down in that area so you don’t get a lot of plastic bits falling into the engine V.

If, someone’s actual experience on the wiring, think all of this type of connector is made the same (which part has lock and which part has the stop-nub) then, heck, I’ll take the chance. I mean: from a manufacturing standards perspective, common design makes sense. I simply lack the actual experience so am reluctant to just jump right in.

Paul:
Do recall the wire gauge for the coil wires ? Is it 16 ga ? If I can free the wires from the damaged connector then, I’ll use some heat shrink tubing for the temporary fix.
Thanks.
Best Regards,
Richard

I get the connectors here:

A specialized crimper is helpful for these since they aren’t the pigtail style.

Remove the old terminals with a terminal removal tool, or some very small pointy tool. If you follow that link above you can see the terminal has a small tab that locks it into place. Just stick your tool in and depress that tab from the terminal side (as opposed to the wire side).

I use 18 gauge gxl wire. Original looks smaller for the most part, maybe 20. 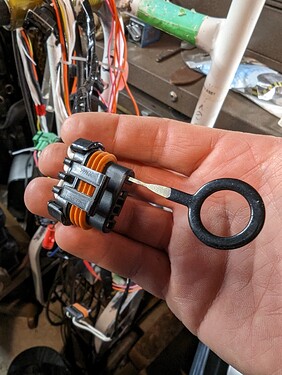 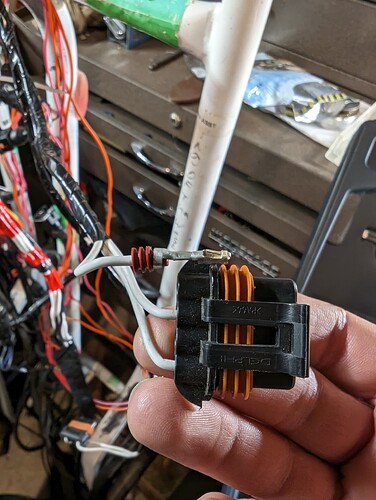 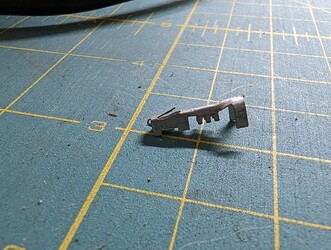 And I just use a Weather Pack crimping tool. Crimps the conductor wire and the seal at the same time. 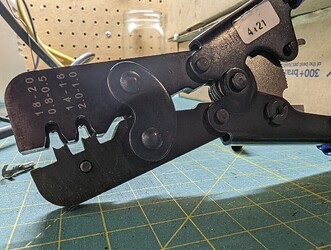 Hello,
Ah ! From the connector side, 18 or 20 GA and, specialised crimper tool.
Got it.
Thanks.
Regards,
Richard Cielec
Greater Metro Chicago, Illinois; U.S.A.