I took the bumpers from my '38 saloon to a chrome plater, along with the crank loop, SS badge, carriage bolts and acorn nuts. I’m trying a guy I haven’t used before, but he’s been in business since 1976. Quote is $580 each for the bumpers BTW, but that includes an hour of straightening out the ripples. I think this car was towed by a chain around the bumper at some time in its life.
He asked me if the indented SS in the badge was to be painted later. He’d seen it on Chevy and Ford badges and grilles he had done. I said I didn’t know.
So the question for today is, should the SS letters be painted, and if so, what color?

I don’t know the answer. I have left mine unpainted just to avoid any ignorant anti-nazi glancing at mine and deciding to deface the car. 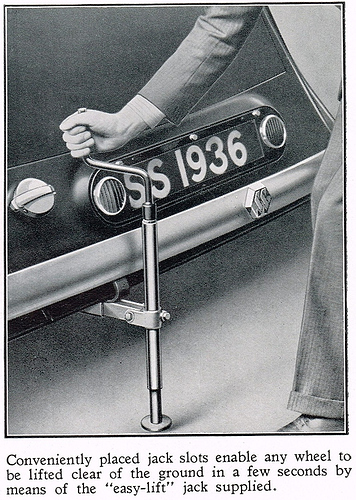 This one looks unpainted. 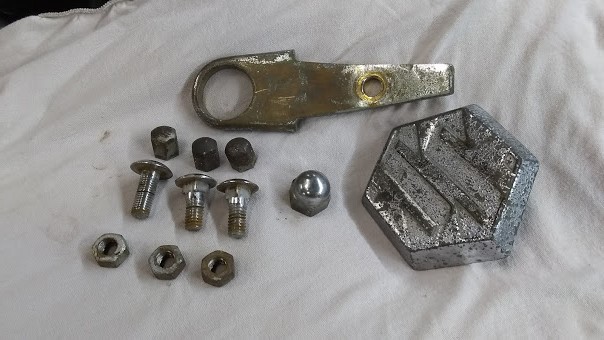 Hi Rob.
The ones I have seen have the SS and the two small diamonds painted body colour however this could easily have been by enthusiastic previous owners. Cant find any photos at present but will keep looking.
The three I have owned (by coincidence?) have all been a similar olive green colour.
Cheers, Graham. 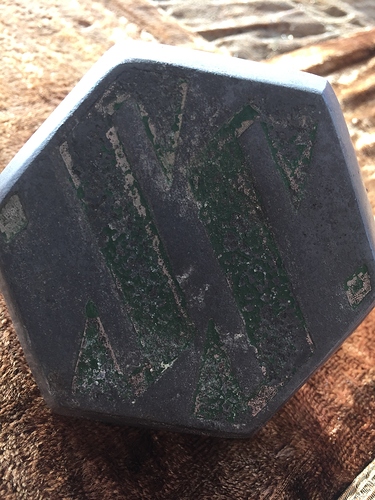 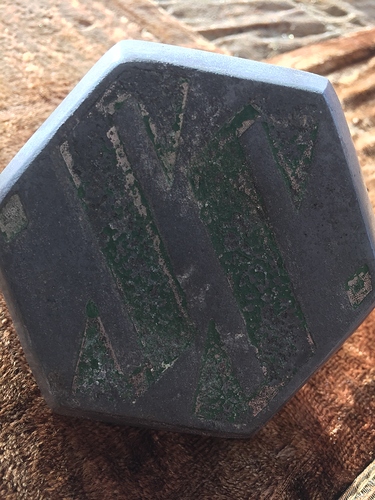 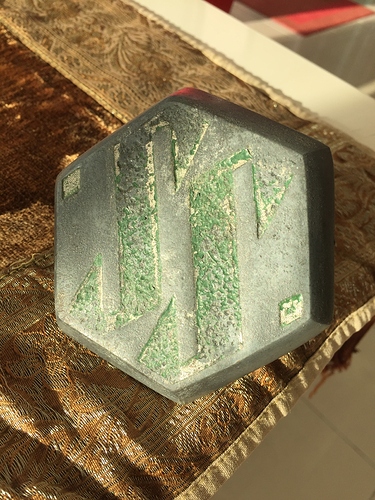 Unfortunately I’ve just found a period photo (B&W) that shows the SSs painted in a dark colour. Certainly not the same colour and the car’s body.
It’s on page 101 of Skilleter’s “Saloon Cars”

I suspect the colour was black.

I have Skilleter and Porter and Whyte.
Black makes sense as a general choice, as body color wouldn’t really work with say Ivory or Gunmetal or Lavender against chrome, but I could see it in the darker colors, even Mountain Ash Green, which could be Graham’s, and is the color I have chosen to restore the car.
Well, it will be back in 4 months, as this shop has 30 bumper jobs ahead of me.

The Schutzstaffel symbol is pretty close in appearance the to SS Jag rear bumper badge. If the badge bolts on easily, you could consider leaving it off except for events where people would most likely not be worked up by it. I use a flat cap and leave my leaper cap off the radiator when I go to the grocery and so on. The flat cap is unlikely to be stolen and is easily replaced.

Sad times in which we live, eh?

My Dad made a substitute plinth, for his PIII Rolls’ “Flying Lady,” back in the late 60s, after someone damaged it (repaired successfully), and sourced a cheapo alternative, from Warshawsky.

Apparently, Dad subsequently came out to see he cheapo plastic one had been pinched, but was chuffed to see the theft had apparently incurred a cost: whilst busting it off, the bandit apparently cut his hand, and there was blood on the German silver radiator shell…

Today, he’d have been sued by the thief…

Figures the Nazi’s didn’t “invent” any of these symbols. My grand-Uncle’s desk calendar with the a native New Mexico Indian symbol… 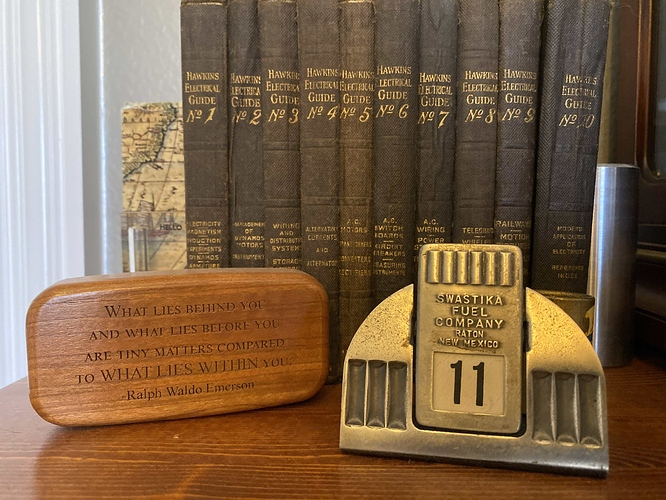 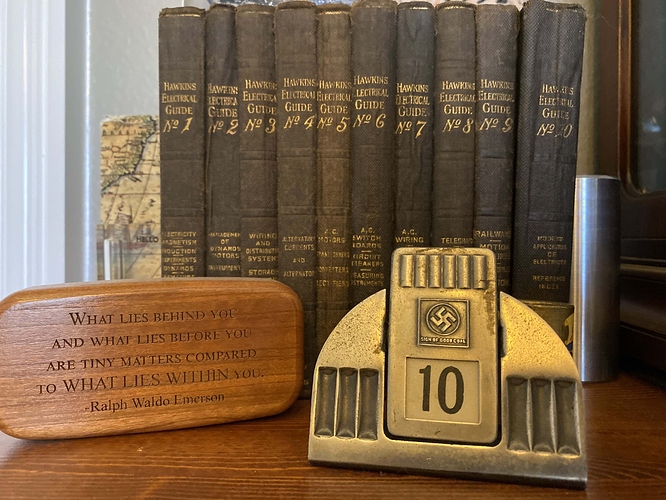 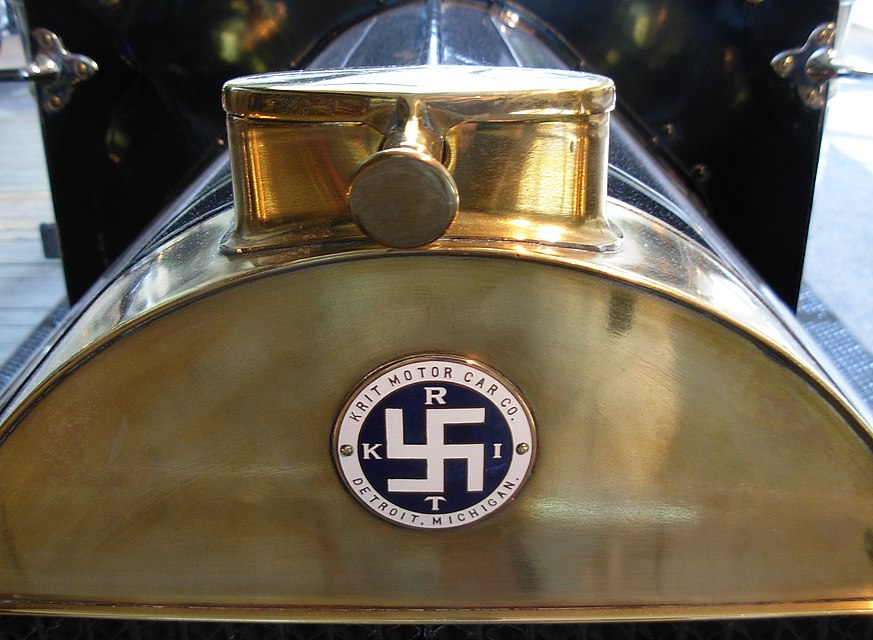 Still, the SS logo is a part of our cars’ history. At a British car show last fall I displayed the car and was surprised to find that not many owners of late model Jaguars were aware of the Swallow Sidecars to SS Cars history.

Lyons wasn’t the only one to have to change a company name because of world events. Sternberg trucks of Milwaukee became Sterling trucks in 1915 for similar reasons.

Indeed, pre-NAZIs, the swastika was a positive and well-thought of symbol, extending back centuries.

It’ll be kinda the same now, for red ball caps…

Was and still is an official symbol of the Finnish Air Force, although not that much used nowadays (for obvious reasons) but nevertheless it is still used in certain cases and they do get a lot of criticism about it, but insist that we had it first, and it is not used in the same angle nor the same colours (but always blue and white). 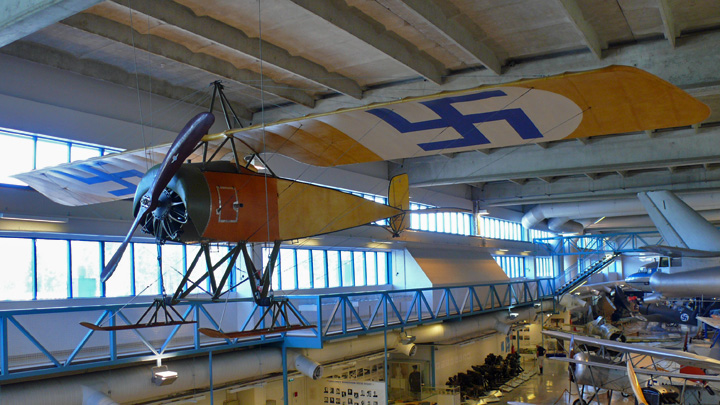 But on modern planes the livery is more like this: 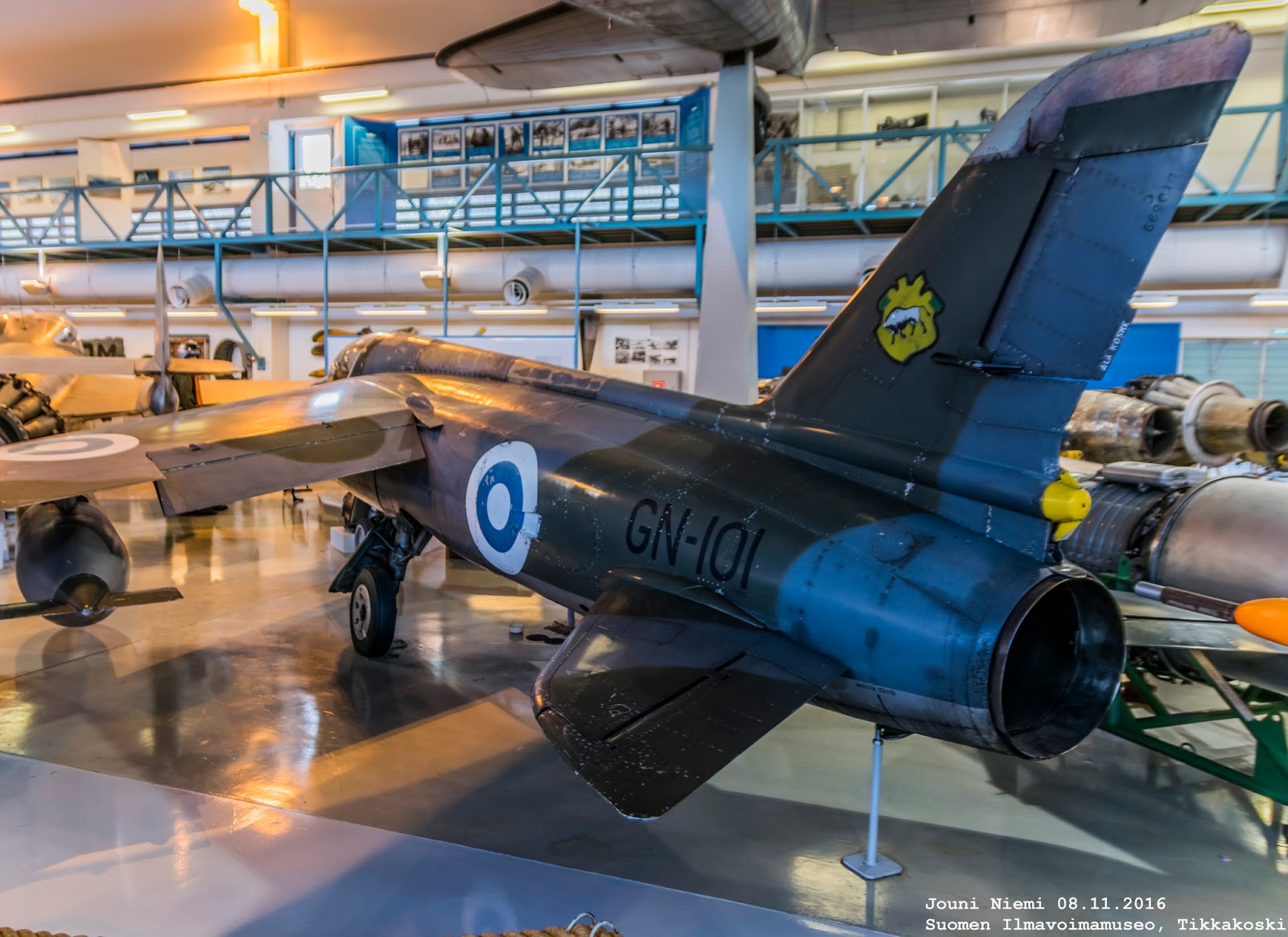 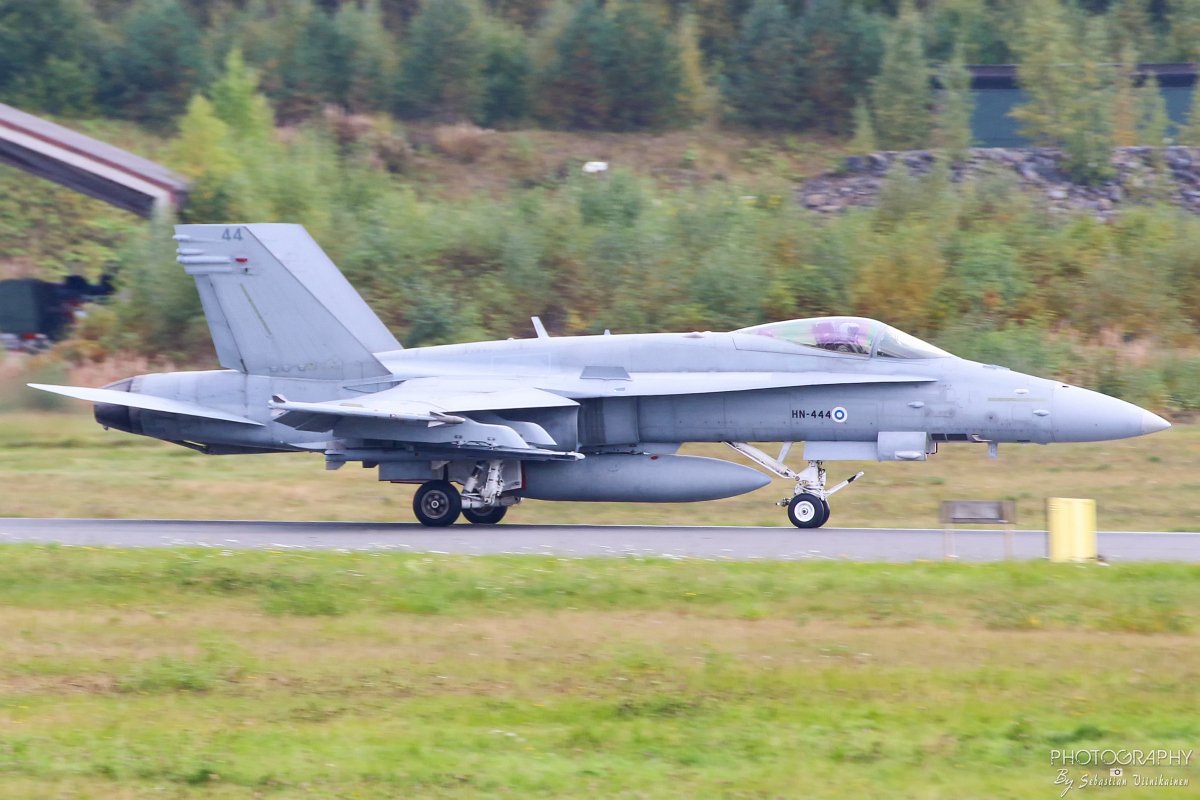 The official flag for the Air Force Academy and the uniforms still bear the swastika, and we don’t think it’s a problem at all, it does not have anything to do with the nazis.

I think, especially in comparison to Russian views, we like to keep history as real and natural as possible, and not try to change it and avoid symbols and original real memories, stories and photos, but more just try to understand them, as they were.

Ah… a DC3! My favorite bird of all time!

Not wanting to sound like a nit-picker (which I have been told many times to be) I believe that is a DC-2.

And drifting off even more, I find it fascinating at these times that it was actually bought by a Swedish count (Carl Gustaf von Rosen, who’s family’s coat of arms I believe had the swastika that was borrowed and painted to the very first Finnish Air Force planes back in 1918) and given to our country together with another plane and some other material as aid.

As we had very little equipment when Stalin had decided to “free” us from capitalism in 1939 even that civil aircraft was converted (desperately) into a bomber of some sort that was used once for that purpose during the 105 day “Winter War” and then later converted back to cargo / transporter and used up until 1955 by our Air Force.

It was later used as a (non-flying) cafeteria and is now on display at a shopping centre:

I believe that is a DC-2

Could be: the 3 was subtlety different than the 2, not really discernible in your photo.

Amazing aircraft, that continue to be used nearly 90 years on, from its introduction.

There is a DC-3 being operated and serviced (and it flies with passengers) by a volunteer club near here in Helsinki. I have heard the pilots love it, as they can really feel the controls when flying it. And it sure makes a fantastic sound when it occasionally flies by either here downtown where I live and work, or to the west of the city where we have our Jaguar Club’s archive and office.

Now I think they lost the old airfield as the city wants to build housing there (does not make any sense, it’s a swamp, reminds me of Monty Python, again) as there would be many better places available for houses elsewhere.