Music in nice on long trips but mostly I wanted to fill the hole in the console with something that would pass for a sound system w/o spending too much to get there.

The car came to me with a behemoth CD player that I assume was ‘professionally’ installed based on the amount of hasty hacking done to make it fit: 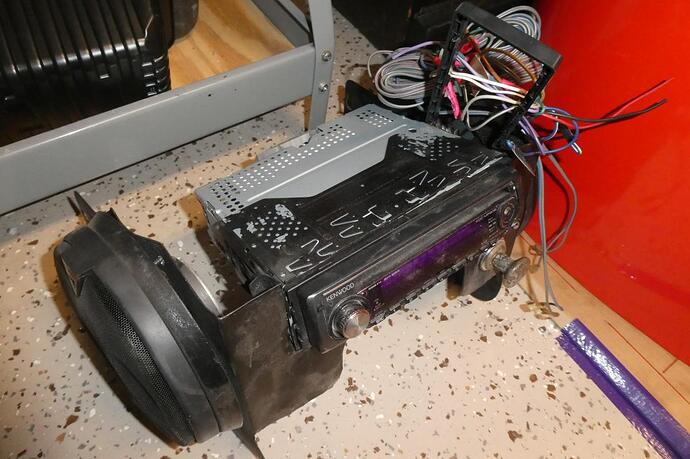 For the head unit I found one that met my criteria… cheap, light, small and accepting Bluetooth and mass storage devices: 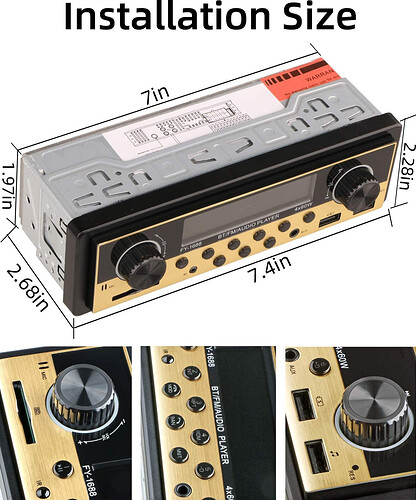 Speakers have to be slim so I went with some small self-enclosed ones: 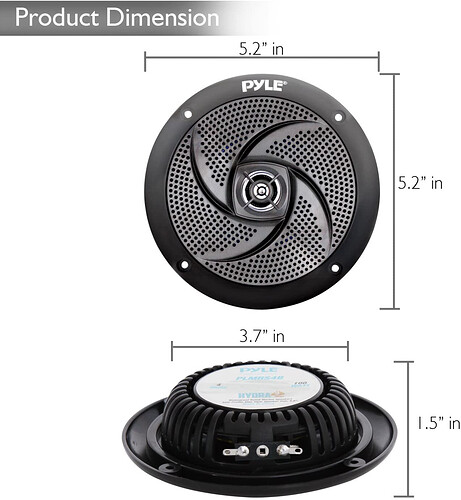 I could have possibly gone one size up but deemed these ‘mostly likely to fit w/o a fight’. I made some mounting rings from a thin plastic cutting board: 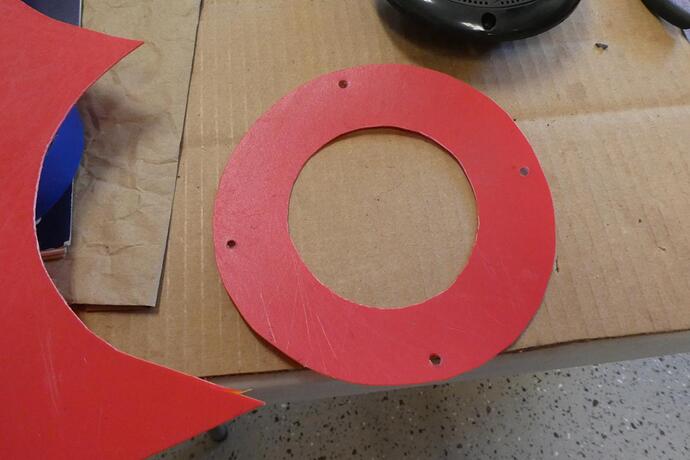 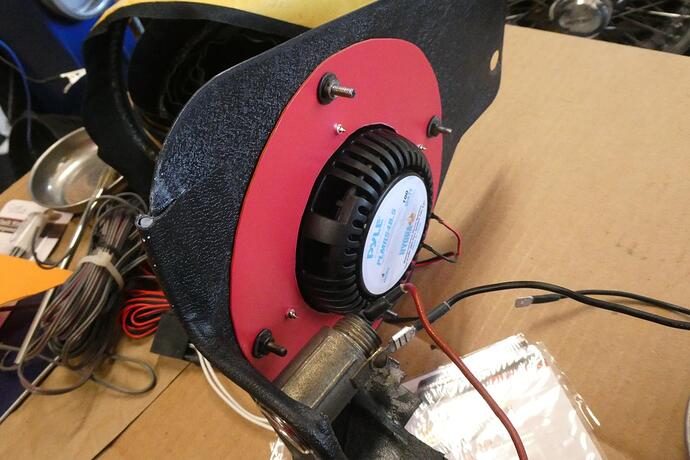 A J-L thread on the subject of radio mounts in AC cars was invaluable (@MartinScherz and 3 guys named Bob) but I did one thing differently.

The car came to me with the shifter housing screwed down to the gearbox cover - seemed like a hack but it greatly simplified the R&R of the console plus it got the housing as low as possible to maximize room for the radio (a tight fit under the evaporator plenum). 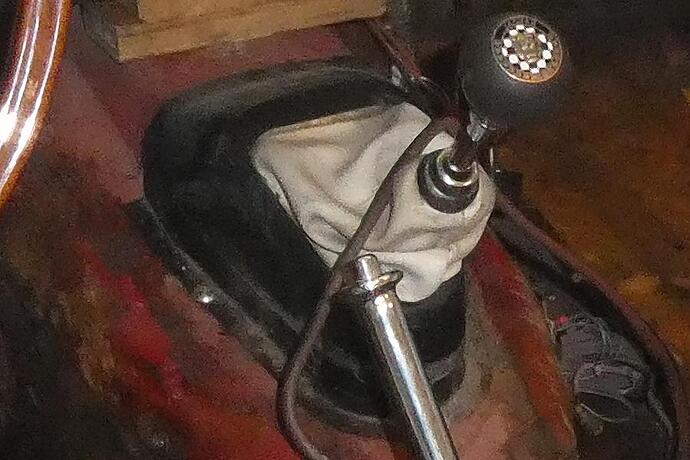 I tried the correct way (housing attached to bottom side of the ski slope yoke) but in the end went back to directly mounting it on the tunnel. 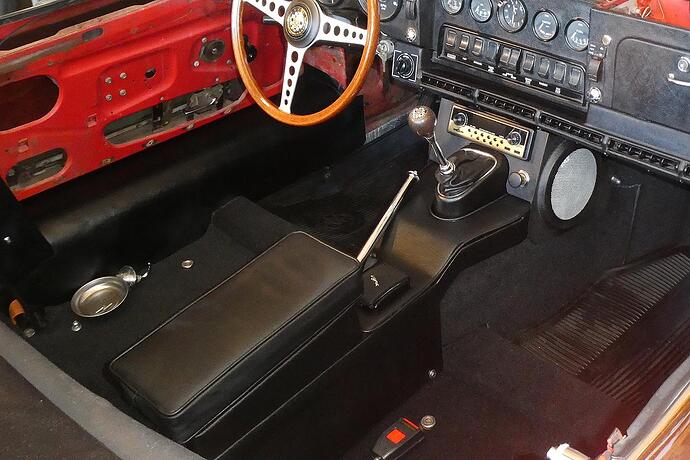 Welsh BTW had a smokin’ price on the complete speaker ring and grille - $146 for a pair. Would have been hard to salvage the old ones.

Geo
I am always interested in an alternative radio to the $20. one I have, and this one looks good?
The only problem is the original housing is recessed on an A/C car. My faceplate measures about 2" x 7 1/8" and is inset to the housing. As a radio mine is worthless but it does have a jack for an ipod.
Glenn

Here is a place I heard about recently that might be helpful with old radio stuff. I have not done business with them though.

I had the retro stereo. It is a beautiful classic looking version w Bluetooth. I was about to fit it to my series 1 after I installed AC, however there was barely any room.
I know AC cars have the stereos jammed in there, but I wanted the extra space so I can pull down the center console panel at any time. So I made some custom pieces.
I have made 3 or 4 different versions. Wasn’t sure what I would be happy with. I am actually still making alternatives just in case.

Presently, I use that center section only for 2 toggle switches, and got smaller 3.5” speakers. They cost like $10-20 at Walmart. They are cheap but they actually work fairly well. I got some original style embossed aluminum material to make face plates.
I put a double din stereo into the glovebox. 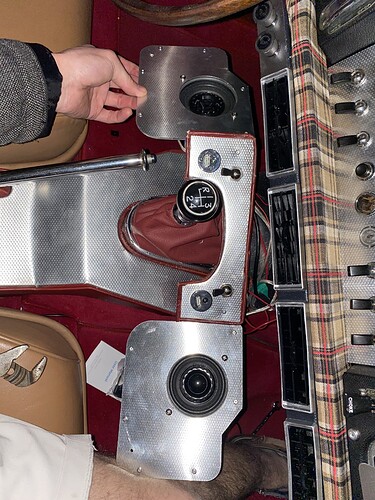 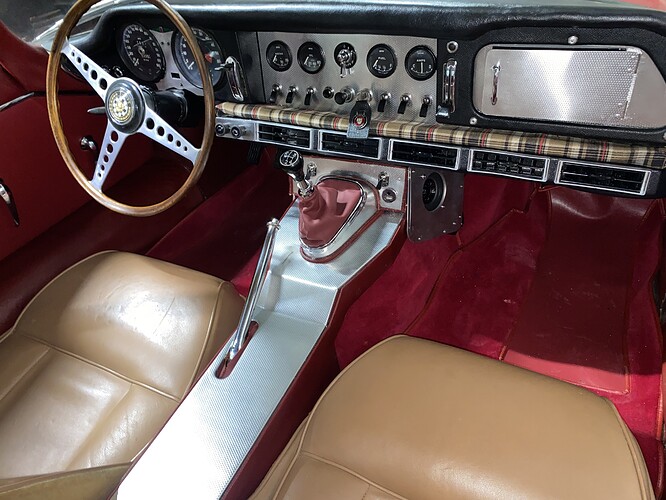 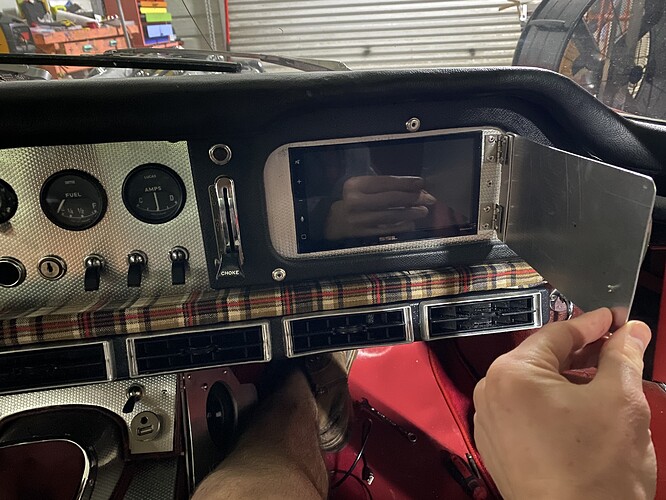 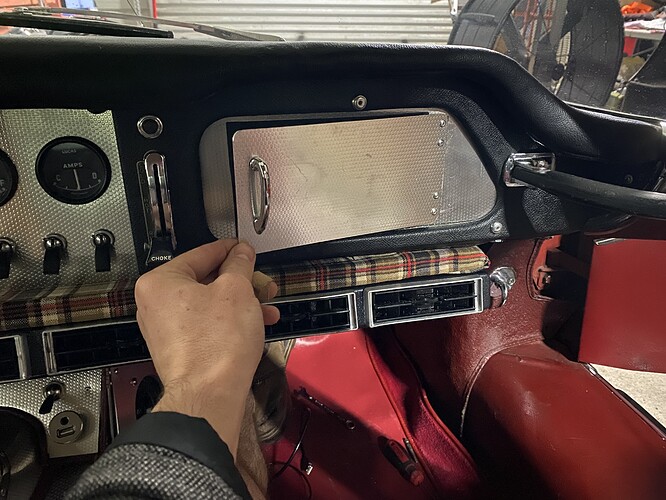 Nice work!! so, these speakers fit under the exterior black trim ring and grille?

The only problem is the original housing is recessed on an A/C car. My faceplate measures about 2" x 7 1/8" and is inset to the housing.

True - the recessed portion of mine had already been destroyed so the way was clear to install a DIN mount. But it would be a shame to cut up a good original so you may be limited to traditional shaft mount units.

…these speakers fit under the exterior black trim ring and grille? 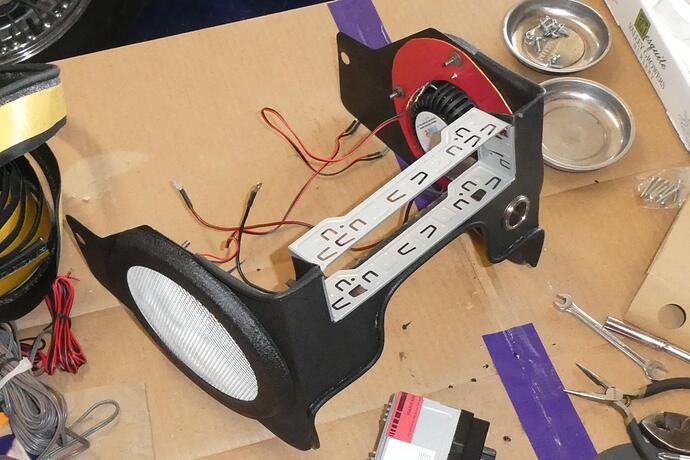 I didn’t bother to disguise them - I could have painted over the brand name or used black cloth but it is really hard to see what’s in there unless you can look straight in. 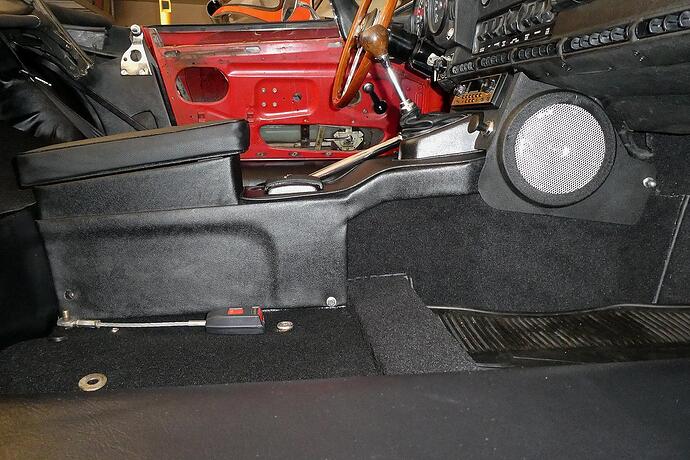 Blueteeth hearing aids, a couple thousand songs on my iFern.