1996? Do you normally have to slam your hood shut? If so, your hood latches are different than almost everyone else here. You’re going to have to seek help from someone familiar with the '96 hood latch. Good luck!

my 95 I never slam the hood shut. Lower into place and then gently push down on each corner just where the rod/rigid little strut is located on underside of bonnet. That rod will go into and actuate the locking/closing mechanism. I do driver side and then walk around and do same at pass side.
There is no center point “lock” on the 95 so i assume all facelift models are the same – just the two locking mechanisms at the bulkhead. 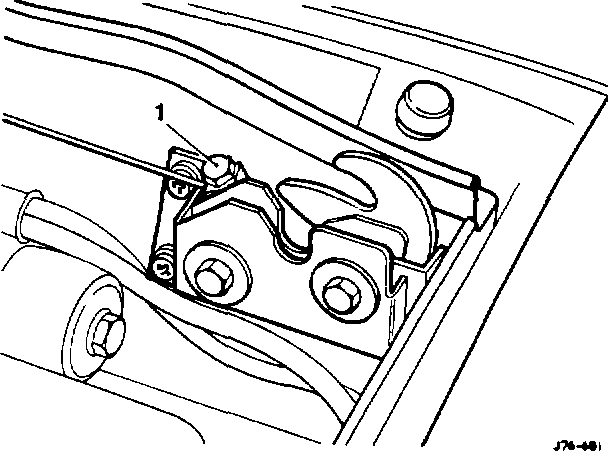 if you need to get to the mechanism to open the bonnet, i suppose you can try to reach from under the car if you have some long reach pliers.

Thank you for the answer, Jim.

I have already seen the sights below on You Tube:

My mechanic cannot find at my XJS such an access hole in the inner wheel arch area below the bonnet catch as is at the XJ. Probably such a hole is not situated at the XJS, right?

That’s because it’s a 95. For the very last year of production, and after we spent 20 years pleading with people not to slam our hoods, Jaguar installed a latch that must be slammed.

Today my mechanic told me that he had been able to open the hood of my XJS. Thank you for the concern for my problem.

if you need to get to the mechanism to open the bonnet, i suppose you can try to reach from under the car if you have some long reach pliers.

It is not as easy as you say Jim, unfortunately.
These guys did a nice photo session on a problem that we may encounter in the future too:

I’ve saved those pictures on my hard drive in case they disappear from the albums, like most of mine did :-((

Glad you saving pix. You have good ones

It would be nice to know what your mechanic did to finally open the hood (bonnet)! This would pro vide closure to the thread.

Richard can you tell me what your mechanic did to finally open the hood? I have the same problem on my 94 XJS and i am taking it to a mechanic on Tuesday June 30 2020 but it would be helpful if i can tell him what someone else did to remedy the situation.

In Superblue’s case last year, it was what JimD said about the cable being loose/detached from handle in the foot well (thank God

). Reattached it and all was well.

I think I did find out in the process though that there is a port in the wheel arch (driver’s side?) that is covered by a rubber blanking plug that can be used to access the latch directly whenever the hood refuses to open. You put a stick through it and push against something, IIRC.

Notch one up to ingenuity.
Yeah, pun intended.

Took couple pics from my 95 XJS coupe. The release cable comes forward through firewall (yellow arrow) and connects to driver side (LHD) release (red arrow) and then crosses over in front of firewall to connect the passenger side release. There is no hole in the wheel well. Below the yellow arrow tail the hose carrying coolant from expansion tank to atmospheric catch tank in the wheel well is visible.

Seems it ought to be easy enough to fashion an additional cable from the driver side release through the grommet into wheel well and have it attach to a T shape handle (kinda like emergency boot release on modern cars). Pulling on that cable would pull both driver and pass side releases, same as done now. However, that grommet is a good 6 inches forward of the release 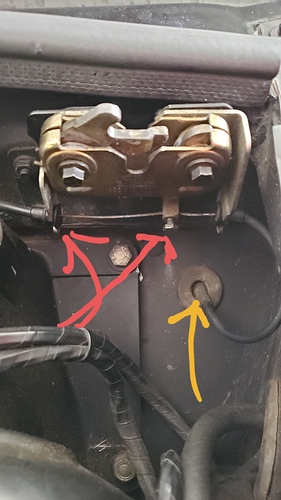 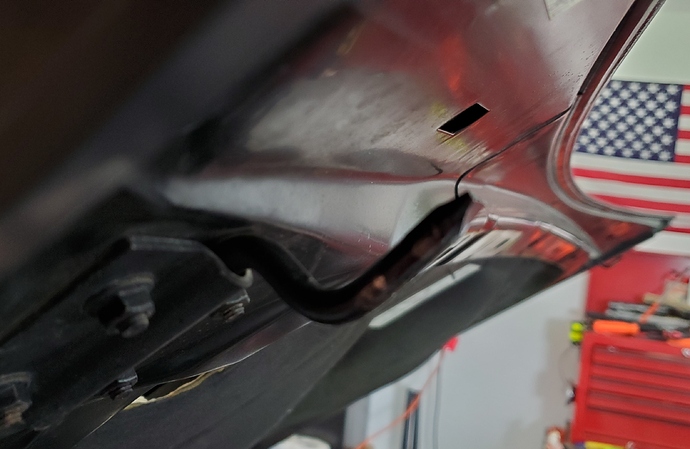 Also picture of the metal rod on the bonnet that goes into the release latch. Note it is flattened. Why, I don’t know. Seems that leaving them round would make it easier to remove hinges and just pull bonnet forward in order to escape the capture of the latch. As long as bonnet is latched I do not think it would go forward enough for bonnet to unlatch unintentionally. 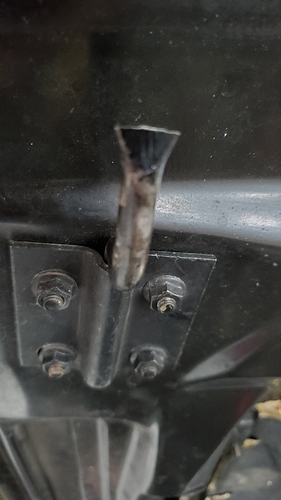 Actually, my bad on that …

The “emergency access hole in the wheel arch” is actually on the XJ8s. I remember having to go up through it with a long stick (screwdriver?) to pop open the bonnet of “Harlem” when her cable broke some time back.

I guess by the time her MY (2000) rolled around (or 1998, if on ALL XJ8s) Jag realized that was the simple and sensible thing to make available. Too bad it didn’t dawn on them a few years earlier and them incorporate the same feature on the face-lift XJSes.