So, the weirdo post ABS front inner seals, the ones that mount on spindle, are they supposed to spin on the spindle, on the hub, or both?

I’m doing my second wheel bearing job in 300 miles, when I pulled them apart first, I noted quite a lot of typical wear on the stub shaft, stuck em together and drove it a bit (right front noisy, wasn’t before) and am just now installing new stub shafts and another set of bearings. The previous seals I installed were firmly fixed on the spindle and the hub was rotating around them, as evidenced by all the lips that go into the hub being worn off and turned to black greasy goo just outside them.
Is this really how these are supposed to work?
I got one side installed this evening and the seal is rotating on both the spindle AND the hub.
I can’t wrap my head around what the heck they were doing with this setup. I’ve replaced a lot of
wheel bearings and never questioned so much lol.

I’m also not sure how to tighten the things, that inner seal design, you can barely spin the hub, I know darn well it’s not letting an accurate “feel” or measurement of float come through. I ended up popping the center cap and bolting the wheel on to have a slightly better feel of things, I’ve got it to I can juuuuust feel some play in the wheel itself. Trying to feel it or measure it on the spindle is a lost cause till that seal wears(out)in.

Anything I’m missing here? I’ve seen the end float measurement, have done so on plenty of Porsche and Mercedes (which have a proper fine threaded nut with a radial allen head fastener for doing precise adjustment), and it isn’t working on these.

I’m looking at this with my phone. Can you clarify what model year and engine you have?

Well I re-did the front wheel bearings with the new stub axles this weekend.
I ended up installing the road wheel minus the center cap and adjusting the bearing till there was just a very slight rock in the wheel, which would be exaggerated in feel from what the actual movement is at the hub. I’ll re-check them after a few miles. They are still more snug than I’d usually do but that seems to be proper. It’s possible after some mileage that the seal will be worn in enough to use a dial indicator and check them properly, but the thread on the nut is so course I don’t see a lot of precision happening there. I suppose they’ll be fine considering how long the ones that came off had been on there and as loose as they were.

Odd thing with the wheel seals, the later ABS ones. I couldn’t find any information in the service manual or online so I started asking around and have been told that the hub should not rotate on the seal, which is what mine seem to be doing. They installed snuggly but by hand onto the stub shaft and seemed to take more effort to seat the hub and rotor assembly on them. I wouldn’t have thought anything of it but for having it apart again and noticing that the hub to seal surface had worn the small sealing lips off them on the first set. The second set, just spinning the hub by hand, the seals seemed to be rotating slowly on both surfaces. What an odd thing. Had I known they should be firm to the hub I’d have left that seal surface dry to see if that would help. I notice the ones I pulled off that had been on there for many years/miles were clearly affixed to the stub axle and rotating in the hub as well so it must not be an immediate death sentence. It was in fact a huge pain to get the old seals off the stub axle, and they came off in pieces. The ID of that seal, where it rides on the stub axle, has the same small lips that the OD that fits into the hub does, so no matter which surface is being rotated on, those lips are going to wear off. Odd setup.

Side note. This car had a standard ABS hub on the driver side with the large rubber seal, but the passenger side had an ABS hub that took a regular drive in the hub type grease seal, such as I’ve read the non-ABS cars had, and it had a grease fitting on it. Far as I can tell, this hub does not exist, they should be pre-ABS with the drive in standard seal, and post-ABS with the weird big rubber one. Maybe someone put an ABS ring on a pre-abs hub? I’d be curious to know if I could create or acquire another one to be honest, the standard seal is easier to deal with. Anyway, my observation on the bearings I pulled off that had been on there for a good long time was neither seal seemed to be doing a superior job, there was sign of small water ingress but nothing crazy and despite the worn original 240K mile stub axles the bearings were in good shape.
I replaced the odd hub with a regular later ABS version just so they’d match.

Funny I just replaced my front wheel bearings on my
1988 (no ABS) . I was armed with a you tube video, and
Of course Kirby’s book. Check out page 364, there is a
Recommendation to use Locktite at the stub axle.
The job seemed simpler than I ever expected. Make sure
You get the right brand and version for your year of car.
Also clean and grease up the new ones correctly.
It’s been a month for me no issues so far.

Be a non-issue with a non-ABS car, they are pretty much like anything else.
The weird seal is what’s given me pause.

Speaking of Kirby’s book, I notice it’s alluded to that the hub rotates on the seal.

"The post-ABS grease seal works the other way round, it sits on the hub carrier and its lip touches the hub proper which rotates relative
to it. The hub’s inside surface in that area is nothing like as smooth as the stub axle’s surface, so I’d expect that grease
seal to fail much earlier.”

“If you have an ABS-equipped car, perhaps while you have the hub off for an overhaul it’d be a good idea to polish up
the contact surface on the hub to help seal life.”

The inner seal looks strange or even wrong, but it works. There are few versions if you’re buying non-genuine. These are sealing on the inner diameter of the hub, the lip is useles and usually will be chopped away by rusty surfaces. 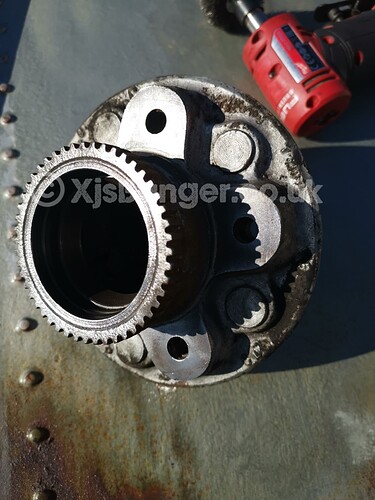 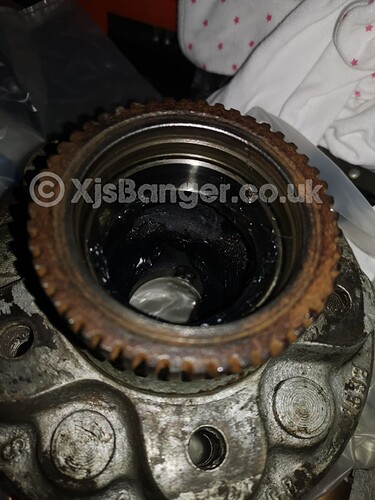