Car: 1990 Sovereign…
I felt pretty good yesterday for dealing with a Fail 44 glitch.
I knew too that it would only be replaced by a Fail 17 code that’s been lurking.
I’ve got a new throttle sensor installed and have found various numbers for the setup. The 89 - 90 voltage reading I found is 0.31 - 0.36 volts. 90 and onward has a range given as 0.57 - 0.62 volts.
My car is a later 90 (I believe), with a last six of, 597531.
But regardless of when they bolted my car together in the model year, I’ve adjusted it through both of these ranges to no avail.
FF17 has been intermittently setting a transmission code and driving in 3rd gear only isn’t fun.
Has anyone successfully setup the TPS on a '90?

When you say you have a new TPS is it new or 2nd hand new? If its second hand then I would suggest you given it a spray of electrical cleaner
If its the one I’m thinking of then this is the insides, the base can be popped off, others have drilled a couple of small holes and flooded the inside.
I take it you have had the throttle body off and cleaned inside and checked that the butterfly has the .002” gap set correctly? 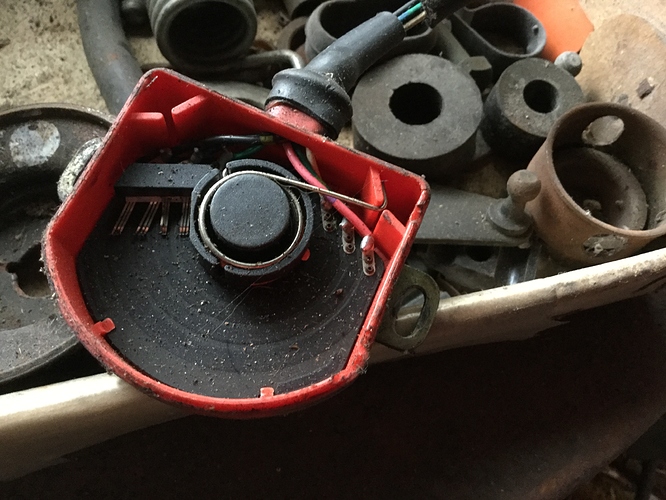 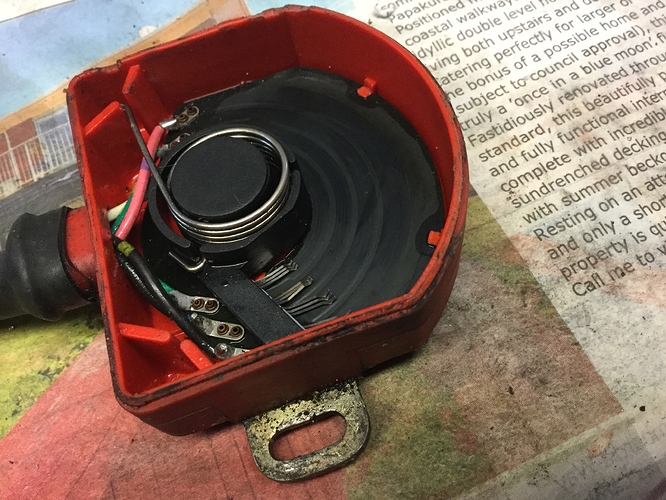 I got a brand new one - and that was a story in itself! Local supplier wanted $700 for the part, but I could have gotten it by the next day.
Found this one online for $500 less but it was on back-order, so it didn’t arrive too quickly!
Anyway, I went through the whole routine of drilling into the old one and flooding it several times with contact cleaner. It was at that point that I decided to go for a new part. Also gave the connector a good cleaning.
Next job should maybe be to check/test the wiring…

In fact…on the topic of a possible wiring problem, could a dirty connection at the transmission multi-plug “trick” the diagnostics into setting a FF17? I know it could certainly account for the transmission light coming on. I always like to do what I can in the engine bay before crawling under the car! But if I must, I must.

Could be another culprit I suppose.

Again, in the interest of anyone else experiencing the same problem…I made a discovery today.
I have good days and bad days as far as the transmission light goes. Today was a bad day! I had to restart the car numerous times to get the transmission light out. I was trying out different settings last night for the TPS, so that might explain it. While the TPS adjustment clearly has an effect on the illumination of the tranny light, I’m not 100% convinced that The FF17 & the transmission light coming on are being caused by the same problem.
Anyway…I found that after starting the car (with transmission light annoyingly on) I could pull the transmission fuse momentarily and the light would go off! No, it doesn’t fix anything but it gives me a drivable car.
So now I plan to do incremental adjustments to the TPS…like 0.01 volts adjustment at a time, until I find the spot it likes. Assuming that will take care of FF17, I’ll then move on and treat the transmission issue as a separate problem. FF17 seems to have no effect at all on the drivability of the car, so I can live with it until I can cure it.
Apologies that this is becoming a novella but I have also found a fairly quick and relatively easy way to get at the throttle position sensor and I hope it helps someone out.
Step one, remove the air box. Step two, remove the MAF sensor. Now you can get access to the blind area below the throttle body. You’ll actually be able to just see one of the TPS mounting screws. The other one you’ll have to feel around for. A quarter inch ratchet drive will just clear the oil filter below. Screws are 7/32", by-the-way…

Im having the same issue by the sounds, where the transmission light keep coming on randomly and putting my car into limp home mode.

I am going to check my TPS, but i wanted to ask where the transmission fuse was so i that i could remove it for the time being. I am unable to find a fuse diagram showing it. My cars a 1990 Daimler 4L.

I don’t know about the 1990 MY cars but in mine (3/1994) I had to remove the transmission control module, pry it open and reflow the solder joints at the relay. There is a relay in it that looks like the other relays in the control modules in those black plastic housing throughout the car. I haven’t had the transmission light on ever since.

This goes back some time now. I found a solution - and it was an easy fix! So easy, in fact, I can’t remember what I did, LOL! I’ve been trying to remember and the brain seems to have purged that file. The transmission light didn’t come back on, is all I know. I never did get the TPS in a happy place though.

Joey resurrected this topic.
I’m glad you were able to fix your problem, Roger.

Thanks. Late in the summer, I had some very bad structural issues around the rear suspension. I still hope to do some repair work with my new welder and get the Jag back on the road next summer. But I had to buy another car in the interim. It’s a Chrysler 300. I can’t fault it at all but it’s nothing like driving the XJ40!