Using a gunson to set mixture

Any thoughts or experience using a gunson color tune on your e type. Thinking it would be nice to set mixture with the air filter in place.

I use a Heathkit exhaust gas analyzer that I built 40 mumble years ago. It still works and is great for setting mixture on any car it does not have a catalytic converter. There are probably a number of old exhaust gas analyzer’s on eBay. If you go that route, be sure you get all the parts. The last one I saw for sale didn’t include the sensor. The person selling it was clueless and didn’t mention that it was missing unobtainable parts.

I have used it to set mixture on the ZS carbs with adjustable needles on my '68 E-type. Also on my dual Weber DCOE’s on my Cosworth Vega. Pretty straight forward for me following the directions that came with my Color Tune kit. I set mine to show mainly blue flame with flecks of orange (yellow) to be a little bit rich. My main concern was not to set things too lean.

I use a Heathkit exhaust gas analyzer that I built 40 mumble years ago.

Those are suppose to be pretty decent units.

I’ve got a tester made by Hawk that is probably about as old and seems to work. I prefer, though, to set the carbs with the Colortune and listening to the exhaust for a regular or irregular “sputting” which indicates lean or rich carbs.

According to the driver’s handbook:

On carbs set up for proper all-around running, you’re not going to get rid of overrun back-popping: it’s a feature.

You can minimize it, but I never got rid of it completely.

The information in the manual about detecting rich/lean is essentially prehistoric. I’m not saying that it is wrong, just that there are much better objective tuning aids now available.

Similarly with unleaded fuels plug colour and exhaust pipe colour are no longer much use as everything looks black until you are way too lean.

I have tried the Colourtunes and not had much success, although others swear by them.

I have a Gunson CO analyser G4125. I set the CO at about 4.5 to 5.5% and all my cars run beautifully. In my view, given the complexity of the 3 carbs into 2 exhaust manifold setup this is the only way to go.

I use a Colourtune and it produces better results than I have managed any other way. I first set the air on each carb using a UniSyn and then work through each cylinder pair with the Colourtune. Some of us use three Colourtunes simultaneously. I find the car is happiest about 1/2 a turn richer than the blue flame indicates. Needless to say all the linkages and choke “pulls” have to be correct along with ignition timing. Car has Rock steady idle with the choke on or off. Paul.

I find the car is happiest about 1/2 a turn richer than the blue flame indicates.

Thanks for that Paul.

I’ve still got mine in the shed. I’m going to plug it into one of my cars and see what it looks like.

Some of us use three Colourtunes simultaneously.

For my two Strombergs (adjustable TR4 jets) I use a pair of Colortunes - gets a good result.

Oddly, even though Gunson is a British company, the product is spelled without a ‘u’:

A digital camera can preserve the results: 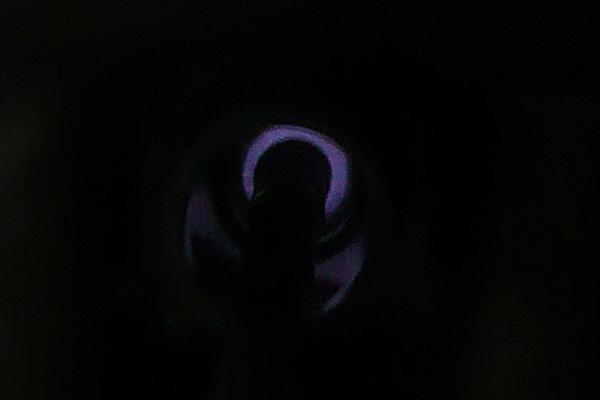 But use a telephoto lens - you do not want to get a digital camera close to a spark plug wire (as I discovered).

you do not want to get a digital camera close to a spark plug wire (as I discovered).

Did you, the camera, or both suffer the consequences?

Both I and the camera survived w/o lasting impairment - but there was a zap and the resulting photo was not so good.

The information in the manual about detecting rich/lean is essentially prehistoric. I’m not saying that it is wrong, just that there are much better objective tuning aids now available.

True. I suspect the factory didn’t expect the average owner to have much in the way of sophisticated shop tools at their disposal.

Oddly, even though Gunson is a British company, the product is spelled without a ‘u’:

You are correct. I just had a lapse and reverted to type.

Using a hose to balance air intake is much handier and just as accurate. Could not find the uni syn . so I grabbed a sounding hose and found it to be the better tool

The ColourTune is useful for quickly getting to a good, consistent starting point for setting mixture. It is useless for setting final mixture, because there is no defined correlation between idle mixture and at-speed and at-load mixture, both of which are FAR more important to get right.

If you’re getting excessive popping on over-run, go leaner in 1/4 turn increments on ALL mixture screws,

I’ve read conflicting information on popping and overrun. Do you go leaner as you stated or richer?

Could be either, but too rich is more often than not the cause. The popping is caused by un-burnt fuel igniting in the exhaust system.