Some advise please , My BW Transmission is back in the car after an overhaul drives like a dream , however the Kick down switch and wiring is non existent ,the repairer advised of this when work began and suggested a switch mounted on the throttle with power from the horn and connected to the solonoid ? My repair manual says the switch should be around the accelerator inside the car , again no evidence of this either .
My question ,is the proposed throttle mount solution viable ?

OEM setups typically have the kickdown switch somewhere on the throttle and requiring an extra push at full throttle to engage – why it’s called “kick down”. Hence the driver has the option of applying full throttle without kickdown, if that’s what he chooses to do.

On the V12 XJ-S, though, the kickdown switch rarely works. For one thing, the pedal itself is too weak, so when you push it to try to get kickdown it just flexes rather than engaging the switch. After enough time it even takes a set, so it couldn’t engage kickdown on a good day. That all can be corrected, of course, but it’s of interest to note that some owners prefer to do away with the manufacturer’s intention here and instead install a microswitch on the throttle that engages kickdown without requiring the extra push, just roll the throttle on and it kicks down. The guys who do this often claim they vastly prefer how the car drives when it’s so quick and easy to get it to kick down. I suppose some who bought the car for its luxurious and serene ride might not care for all the downshifting.

You definitely want kickdown to be available. Whether or not you want it to require a decision or to just come on whenever you’ve opened the throttle is something only you can answer. Either one shouldn’t be too difficult to rig up. I do wonder why yours seems to be missing.

Hi Craig,
This is the setup on my S1, a Daimler Sovereign fitted with the BW Type 12. I think the setup with Type 8 is different, but this is probably what you need. 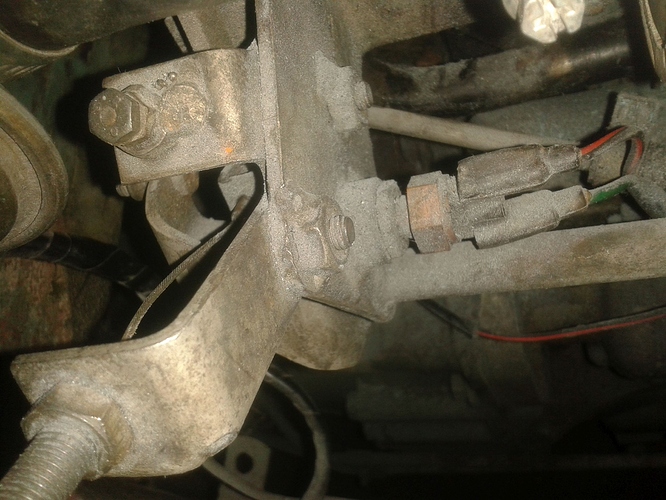 Some advise please , My BW Transmission is back in the car after an overhaul drives like a dream , however the Kick down switch and wiring is non existent ,

Which BW transmision is fitted, Craig…?

Automatic transmissions downshift ‘on demand’ - depending on road speed, engine rpms and pedal position. Ie, while the box is programmed to upshift quickly with light throttle; if pedal is applied the box will downshift when it deems it ‘appropriate’ - driver demanding more power as expressed by pedal position.

The BW8 has no solenoid, but a linkage that runs from this throttle linkage to the left of the transmission.
Mounting the switch to the linkage as in the photo makes sense.

The kick-down is not really required; when you floor the pedal, the box will downshift within the relevant road speeds.

I rarely rely on kick down; for spirited driving I shift between “D” and “2” keeping a watchful eye on the tachometer - gives a more positive and reliable gear shift.

This is the switch on my 1971 - fitted to the end of the accelerator cable. 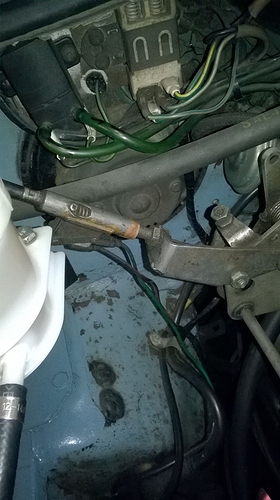 That’s exactly what I have on my '72 and this is correct for a BW12. This is the box the OP should have in a '73 Daimler. The last bit of accelerator travel pulls the inner and outer of the cable down into the sleeve in Frankie’s photo, a cam action trips a microswitch and a message is sent to the kick down solenoid. QED. Paul.

That setup was on one of my other S1s, obviously changed it at some stage as the pic I posted is an early (1970) car, but still with BW12

Yes, My car was supplied with an AED.