Here’s another find on Craigslist, I’m surprised you guys didn’t post it on here yet. It’s located about an hour away from me. I went to check it out two different times. First time around I fell in love. Color not my personal favorite but nice color. Not familiar with LS2 or conversions at all. Had a hot-rod muscle car feel to it, very cool. He didn’t accept my initial offer. Was able to talk him down a bit on price. Took the wife over and was ready to purchase but in the end I just couldn’t bring myself to handing over that amount of money knowing it would be a couple thousand and hours in time to bring it up to a lovely condition. So hopefully someone else buys it so I can stop thinking about it. *disclaimer I’m frugal and was a little intimidated with it being a custom build. Would be a nice car for someone with a little more coin and knowledge on conversions

What are your guys thoughts??

THIS CLASSIC JAGUAR IS MODIFIED WITH A GTO LS2 POWER TRAIN. THIS WAS A 40 THOUSAND DOLLAR PROJECT...

Here’s some info I was able dig up about the car when I was seriously interested. I still kind of am but too much money. Carfax that I purchased linked below as well. My assumption is with 2k or so (maybe even less) you can make the car very good and be worth in the 20k+ range. Thoughts? 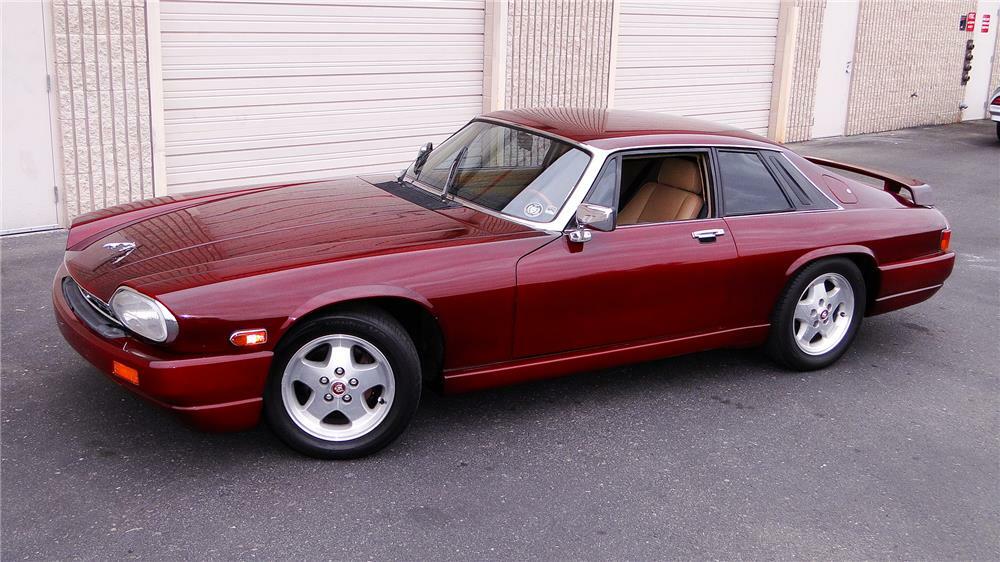 Here’s some pictures I took from the other day. I always plan to take more pictures and make a checklist of things and notes about the car but that never happens because I get to distracted in the moment. 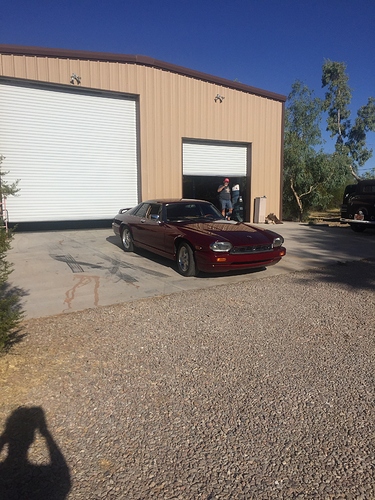 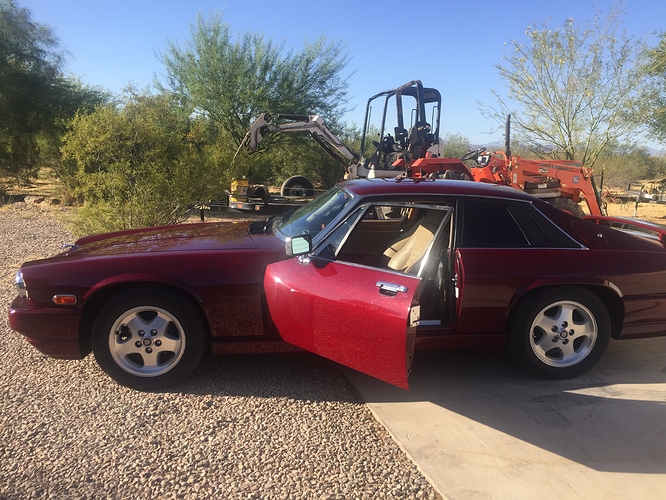 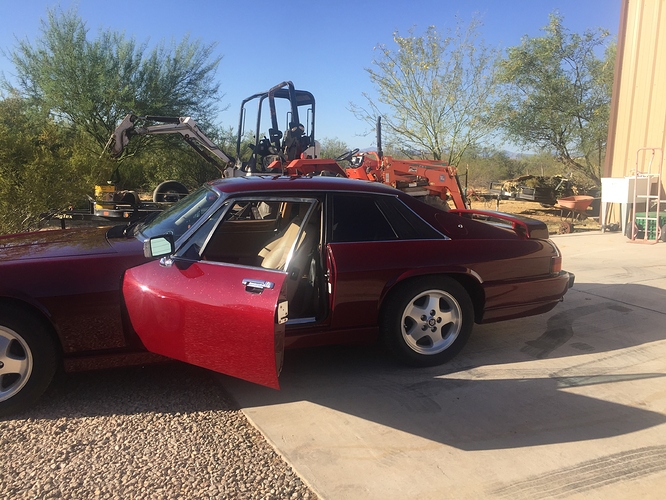 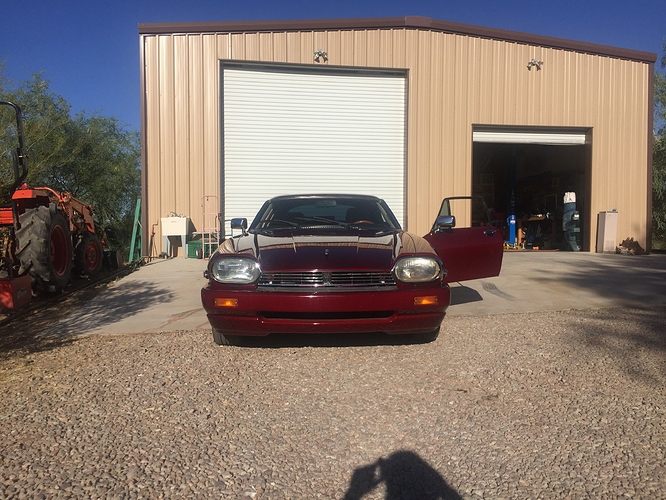 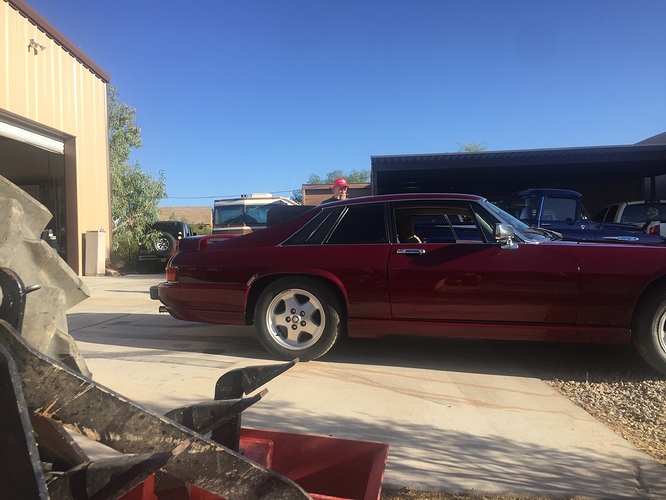 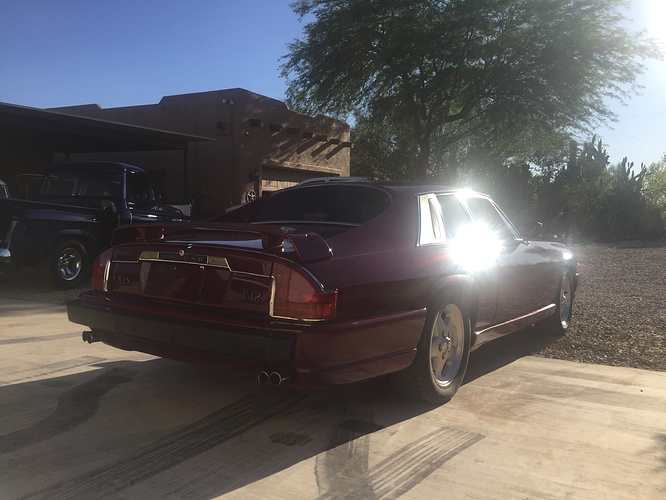 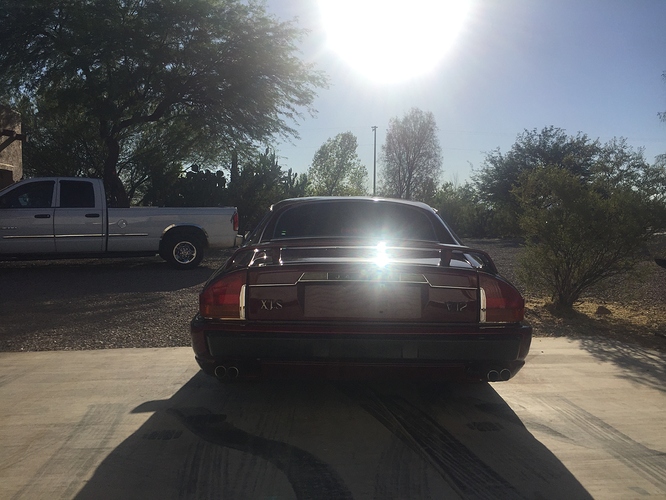 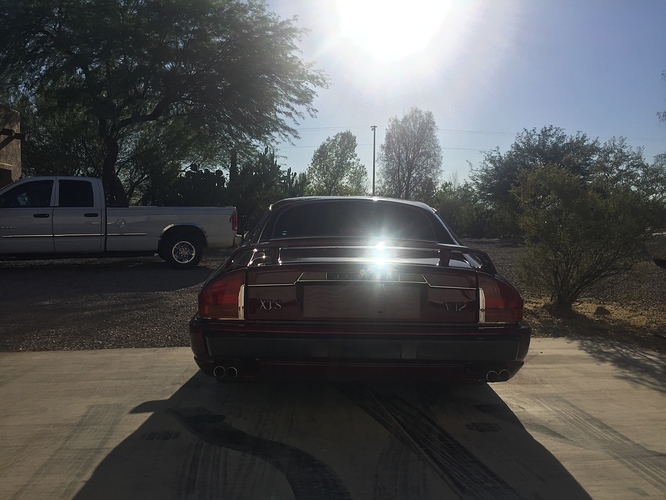 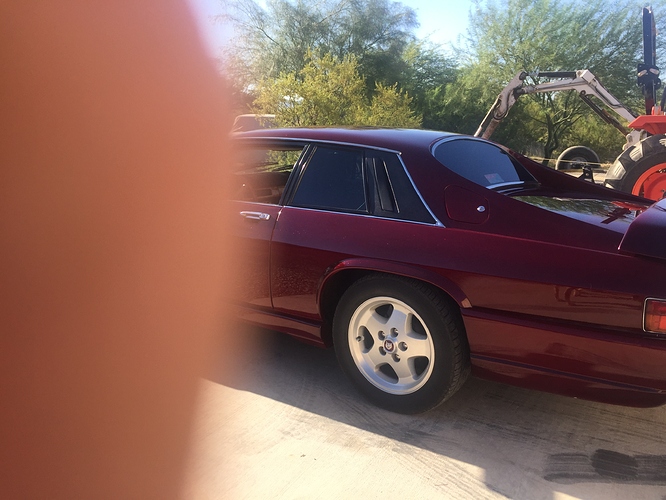 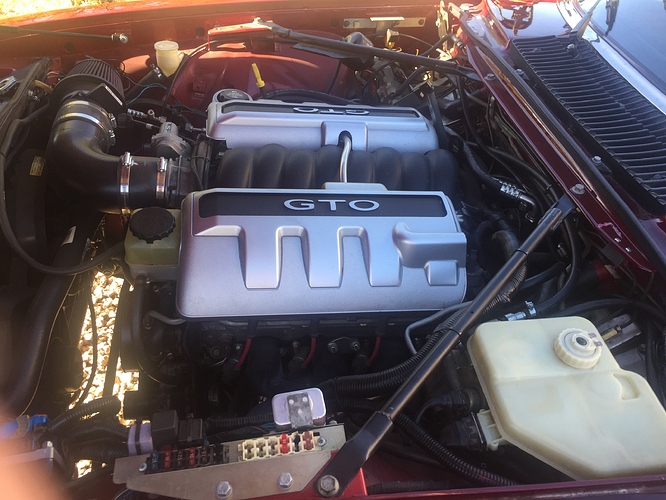 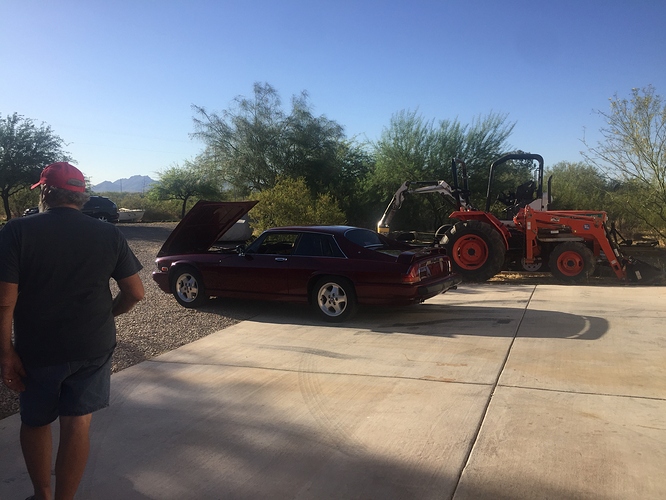 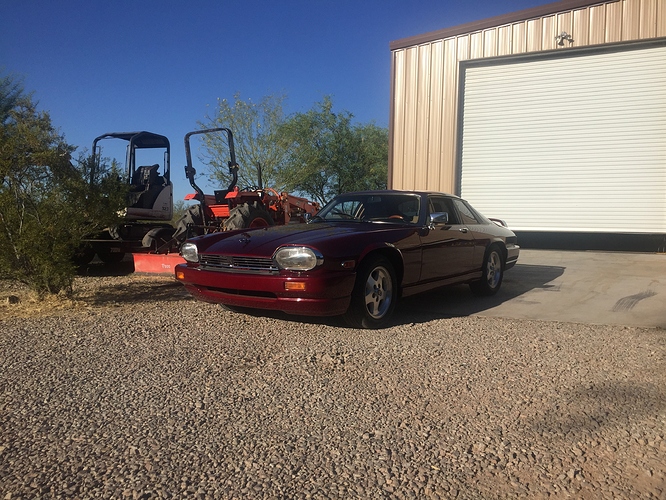 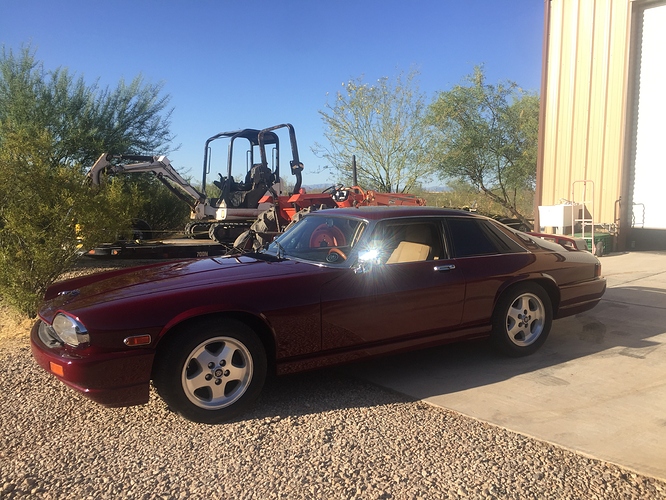 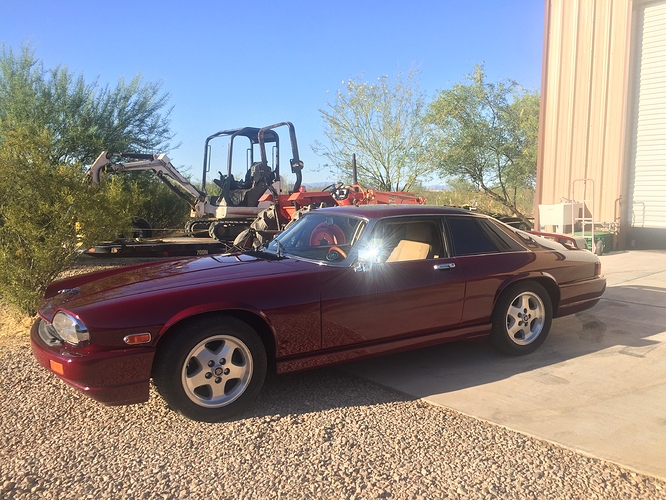 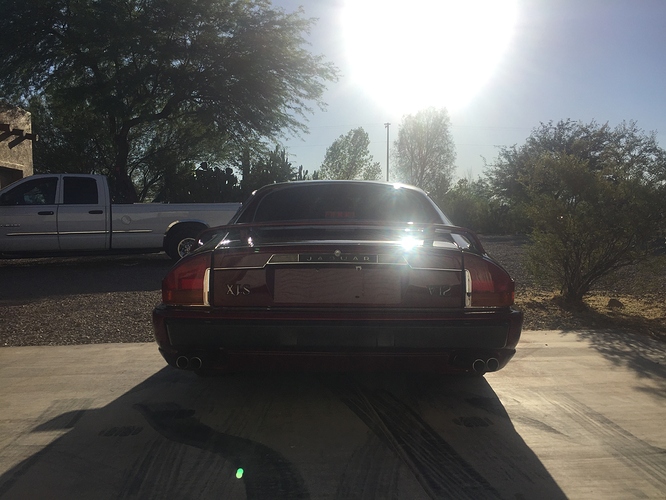 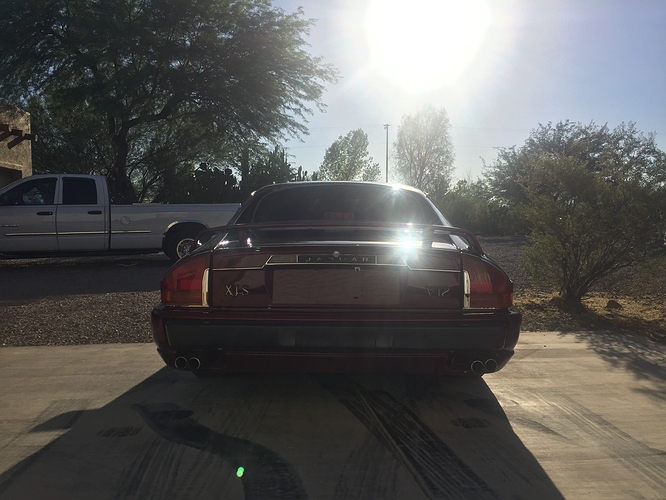 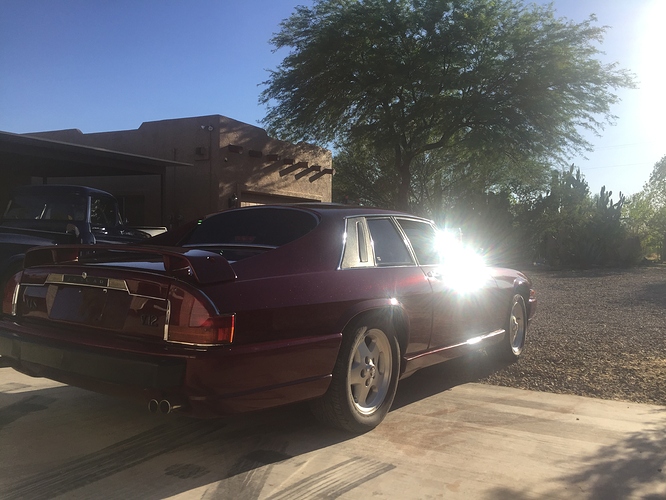 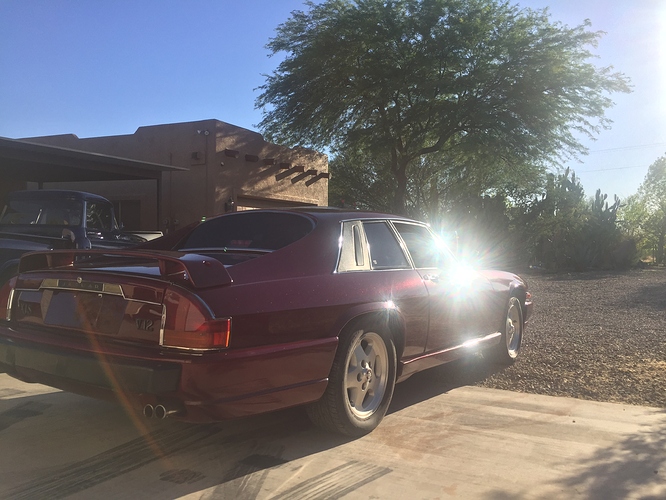 It’s a decent looking car, and if done properly, and assuming a person isn’t a purista, it might be worth that… but don’t count on it, as an investment.

As any hot rodder will tell you, if you want a rod, you need to roll your own. That is the fun part, To buy someone else’s project does not make much sense, unless you like the looks of the car and don’t care about what makes it move. Investment wise; not good at all.

True; building your own is half the fun. I really liked the look of the twr body kit; wish it was a different color but the house of Kolor euro red looked pretty nice. Notable things that needed to be addressed

*A/C was blowing to the windshield so the effectiveness of the A/C was compromised. It did blow cold though.

My initial offer was $8000 I know lowball don’t judge me that’s just how much I would’ve payed and been happy. We settled on $11k after much back and forth but in the end I chickened out and couldn’t bring myself to paying that, with all the unknowns involved.

It is enticing though knowing I couldn’t even come close to building that for 11k.

I’d say 11k was the top price. No rip off and no steal.
Much of the issues are DIY items. fiddly electrics top the list.

From what I was able to dig up, current owner doesn’t know much about the car. Drivetrain was pulled from a wrecked 2005 GTO with 32k miles. Build was completed sometime in 2013. The person that did the build was “Bob Norris” I believe, anyone know him? The XJS was brought into Chucks speed shop in Phoenix already converted in 2013 as non-running and Chucks speed shop got it going for $7,000. I’m assuming the drivetrain has >50k miles in it. As far as the kit used, I saw “johns kit” booklet in the included documents but after contacting John he said they didn’t offer a LS conversion kit way back then. Contacted Andrew at jaguarspecialties and he didn’t recognize the car either but said the components he saw from the engine bay picture looked like MAYBE his kit was used.

The car has a clean Arizona title. Was just recently registered in 2020. The car has no history in Carfax after 2015. I’m assuming the car sat outside in the sun for awhile judging by condition of the dash/wood and taillight lens. Seats are very good though.

The car drove well, I was very impressed the first time I drove it. Second time around driving it, I prolly prefer the V12 drivetrain.

Looking at a 2003 XK8 with the LS conversion, and it is interesting and needs some finishing. Not a bad price, but I can foresee the problems of a swap. I did one on a 75 XJ6C some years back, and it changed the character of the car so much that I got rid of it. Very expensive process and would prob never do it again.

My swap is imperfect. But, i am delighted with it.
I learned one hell of a lot about a “modern” car…

The LS2 xjs definitely had a different character. It drove fast and straight. The car itself was rough around the edges and didn’t have a “factory finish” which made me biased towards the original V12. I only have my 1989 XJS V12 Convertiable that I use to own to compare it too.

I feel like the V12 had more pull and torque which I know isn’t the case but it was very fun getting the V12 into the 5k+ RPM range. I prolly didn’t even get the LS2 Xjs to 3k RPM but I wouldn’t of known because of the inop tach. I also did not like the gas pedal of the LS2 xjs it had like a tilt/pivot thing that didn’t feel right to me.