Hi All, I have a 1995 XJS V12 convertible and I am thinking of converting to dual electric fans. I would like to make this as simple and as effective as possible. I have seen older posts online about this with one suggestion that the electric fans from the Ford Falcon sold in Australia are a good fit. However, it was not clear whether they were talking about this being a good fit for the 6 cylinder, the 5.4 V12 or the 6.0 V12. The part number they referenced was EF8C607A Has anyone done this conversion or something similar? Any suggestions/recommendations/tips appreciated. Thanks!

I went for the Davies Craig 16 and 10 inch electric fans. I made up an 0.9 mm gal mounting plate to fit into the existing shroud. Works great however the amount of air coming from the 16 poses a problem. It buffers on idle and in slow traffic reducing air flow. I found this is due to turbulent air between the fan and the motor… not much room. When the car is moving the pressure under the bonnet drops and this turbulence disappears.
To counteract this I fitted a pulse wave modulator to the fan supply (don’t use a rheostat) so I can now run it at 85% speed which is turbulent free. I put this theory to the engineer at Davies Craig (Melb) and he agreed it was the way to go.
I’m now working on some baffles to counteract the buffering so that I can up the fan to maximum.
Trev

I did much the same thing, get a kick-arse 16 inch fan and fab up some mounts to fit it in the existing shroud. I used heat sensors in each of the top hoses to switch it on. Not had a problem with turbulence, but I would like to make the fan progresive with temperature, rather than just on/off.

One problem I had was with adding a fuse to the circuit. The fan draws 20A and although I could get a 25A fuse, it was melting the crappy plastic fuse holders. I then switched to a bitchin’ looking 30A fuse that would be used for outrageos in-car amplifier set ups. I suspect that few people really push their in-car set ups to 20+ amps for any period of time as I’ve had three fuse failures - that is the fuse falling appart internally not actually blowing due to the current draw. I have a 30A solid state circuit breaker on order from eBay. Taking bets right now as to how long that will last.

Thank you. Really not sure which way to go with this so all thoughts/trials should help. Thanks again.

I have them on my xjrs, won’t matter whether 5.3 or 6litre. Not familiar with the 6cyl cars but same body so l would assume same fit.
Other than some very minor trimming of a couple of plastic tabs the set up could be considered made to measure.
I actually fitted it upside down to original orientation but that is not a requirement.

The part number they referenced was EF8C607A Has anyone done this conversion or something similar?

Yes.
Photos show it on my 79 V12 coupe.
To match the Falcon fan shroud to the rad requires fabbing aluminium pieces to make it airtight.
One problem is the return oil pipe just hits the Falcon shroud.
So I cut into it and bent it slightly, then had a better welder than me seal it up.

I run the two fans in series at low RPM, cuts down on current and still gives enough airflow.
Above 1500RPM connect both fans to battery voltage. 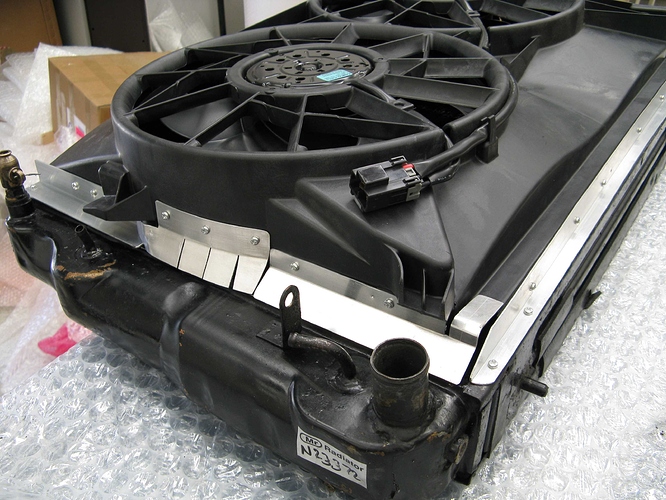 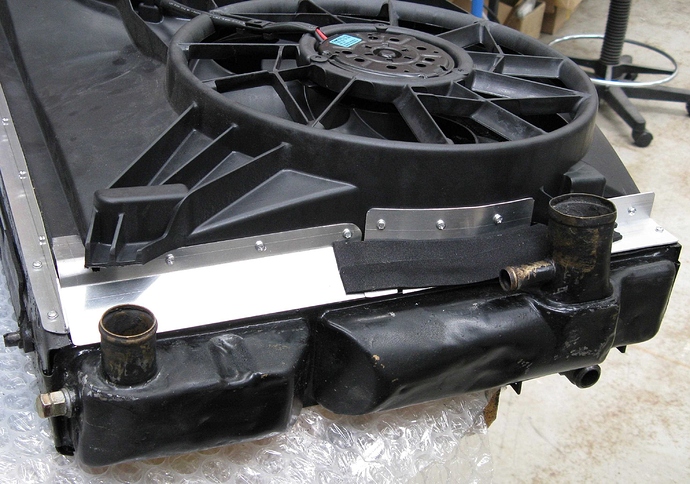 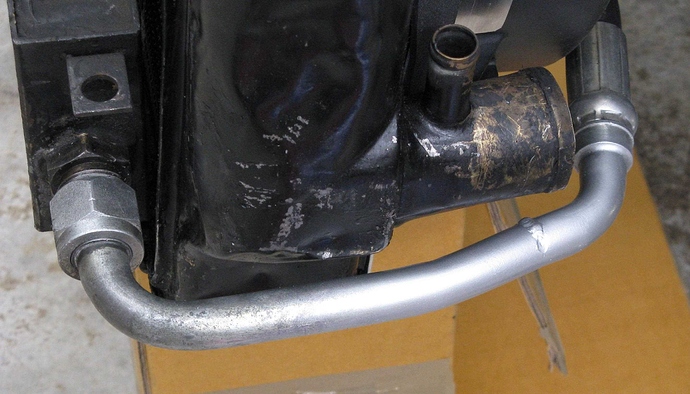 I have made a bracket for a modern aux fan that bolts to original shroud without any mods. Way more efficient then original 4blade fan. I kept mechanical fan as I think it works well if clutch is in order. 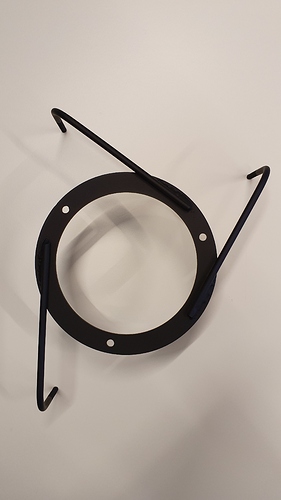 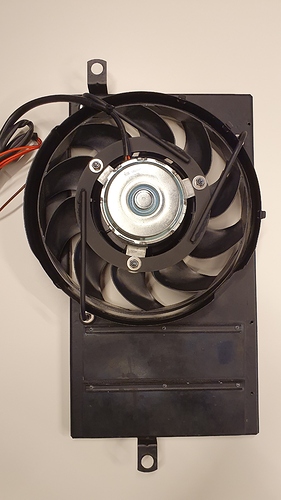 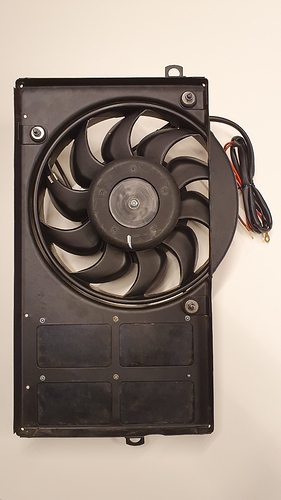 Please keep me posted, thanks! 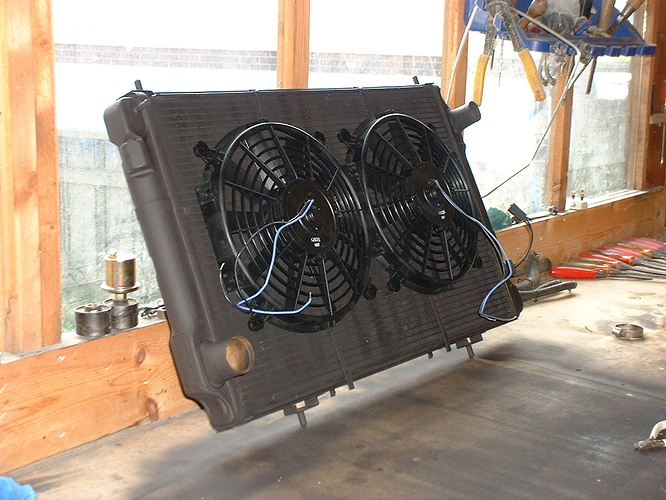 I built the system for sound quality, but as a side effect, it was also very loud! You could throw a block party from that car. Anyway… thought I’d comment on the fuse sizes that you spoke about.

I have purchased some high-amp fuse-able links for car stereos that seem fairly solid.

Here’s a link to an example. https://www.amazon.com/VOODOO-Plated-Holder-terminals-Needed/dp/B07B4JWGSN/

I built the system for sound quality, but as a side effect, it was also very loud! You could throw a block party from that car. Anyway… thought I’d comment on the fuse sizes that you spoke about.

Heh, blowing fuses is no guarantee of sound quality

I have a pair of VTL300 amps that I can only switch on one at a time. They are rated at 350W and have 7.5A fuses in the 240V supply, have to be slow blow as a they will take out a regular fuse during transients. In the US running on 110V, switching one on would cause the lights to brown out.

I have purchased some high-amp fuse-able links for car stereos that seem fairly solid.

Those look a lot better that the glass barrel type fuses I have, Shark brand? I’m still waiting for a 30A resetable breaker from eBay.