I’m rewiring my car with a new harness as what was left of the old one was more bits of wire nuts, appliance and lamp cord, than harness. I’m installing an authentic cloth-covered reproduction and so far all of the color coding and sizes are dead-on accurate but I’m puzzled over what to do with what appears to be excess length in certain areas. For instance, the branch that goes to the horn relay looks way too long. But it has connectors at the end so I’m inclined to believe it’s supposed to be that way (?). Also, where the wiring for the horns branches off from the headlamps (both sides) looks too long as well. Finally, per my picture below, the wiring that all goes to the dash seems to be about 30" in length. Is that correct or am I supposed to trim all to a shorter length? Was it meant to be that long so as to make dash removal easier? The car wasn’t left with enough of the original wiring to use as a reference.

To those who’ve been down this road before, I’d appreciate your input. Thanks. 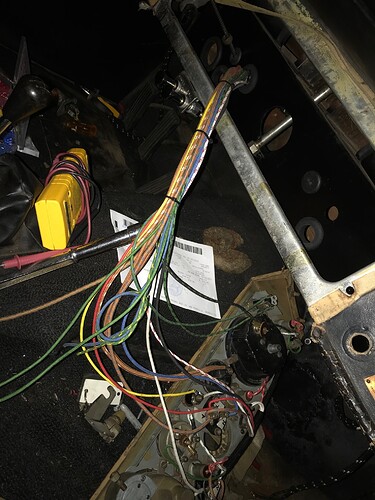 If it’s from Rhode Island, I found any wire that has a connector on the end was right, with one exception. Going to the wiper motor, the bullet connectors ended up buried in the dash, with extension wires to the motor. If the connector ends had been about 2" longer it would have been much easier to plug in the extensions, which are much longer than they needed to be, but make it easier to remove the motor, should I ever need to.
The horn relay wires are over long because they wrap around the relay. 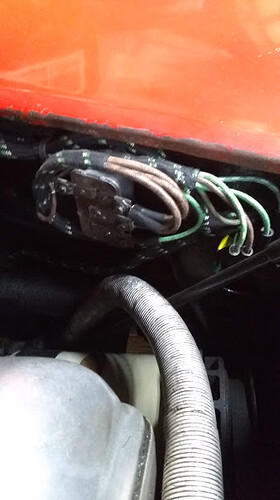 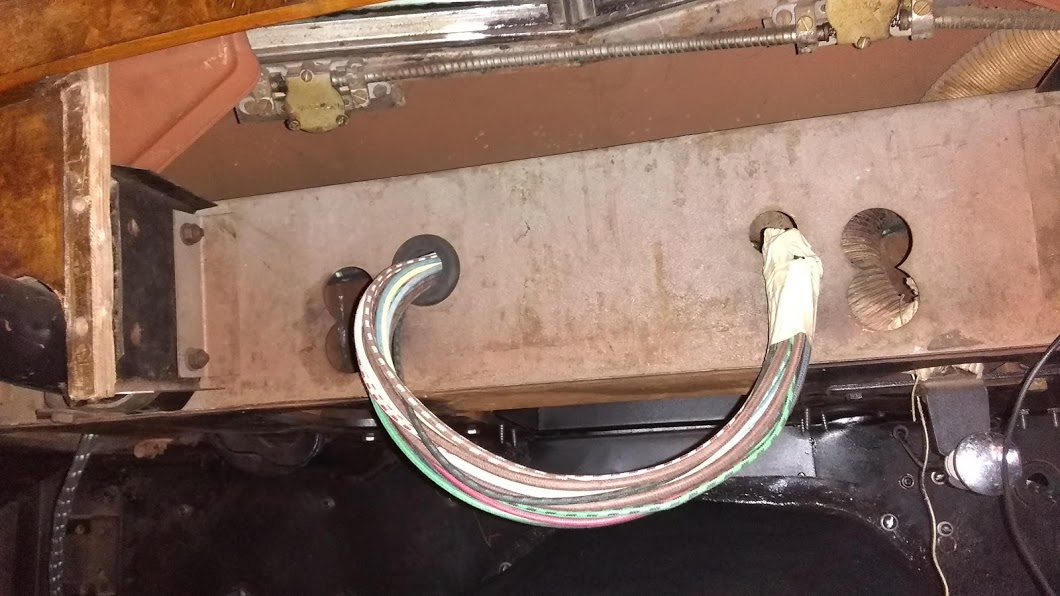 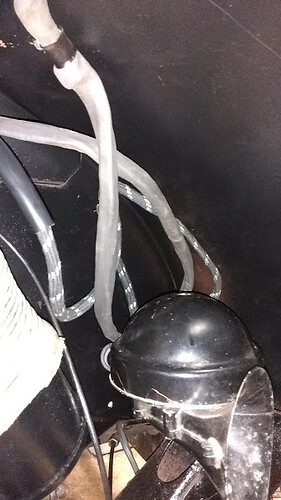 I’d have to dig through the receipts as I purchased this harness over a year ago – so I don’t remember off hand exactly who I sourced it from. Probably Barratt who may have in turn sourced it from Rhode Island Wiring. They are close to each other. Anyway, sounds like mine is the same as Rob’s. I’ll maintain the lengths of the horn wiring but trim the excess coming to the instrument dash.

I’m still unclear on what the factory logic was behind, say, running a long length at the horn relay and coiling the excess around it. That’s heavy gauge copper which adds up to several miles of length after some 12,000 cars. I’d imagine the bean counters at Jag wouldn’t like that.

On a side note Rob, thank you so much for your excellent details on horn bracket dimensions. I plan on making a pair this weekend as a previous owner had relocated the horns to the front of the radiator.

trim the excess coming to the instrument dash

Sorry, maybe I didn’t say that well. I meant leave them long so you can lower the dash easier.

Okay. I expect to install and remove the dash a few more times yet to get the function of all bulbs, clearance with cables and overall fit just right so I’m not in any rush. I’ll keep those long as well.