Does anybody here has any experience getting good acoustics on an E-type?

My car (1971 Series 3 coupe) has speakers mounted on the body ahead of the doors. Rather tucked in by the legs. They seem to be original as in from the dealer, the old school speaker grills don’t look like anything anybody else would use. Currently there is no radio on the car.

Question: What speaker position/layout gives the best acoustics on the E-type cabin? I’m thinking about having a head unit tucked away, not visible on the dash (Sony GS Series MEXGS610BT, can be remotely controlled via smart phone). That will give me a cleaner look and will free up the center radio cluster for speakers and an amplifier. So far I’m thinking two on the current locations, two on the middle radio cluster, tweeters up in the dash. The speakers probably are going to be around 55W RMS each, which should be enough to provide a good fill.

The only factory radio speakers (2) on the Series 3 are located in the panels behind the doors. The PO of my car put two more on the console sides where the grilles are. Those grilles were originally for ventilation, not speakers. Yours ahead of the doors are not original.

They seem a dealer install. In any event I’m not that concerned. This is a daily driver (or meant to once I get around dealing with a laundry lists of issues :} )

I mostly want to retain the vintage ‘look’ but not bound by original correctness. I’ll use round speakers and replace the covers with a more common for the period silver mesh. What I’m concern the most is best acoustics for the cabin.

On a Series 3, the grill on each side of the metal piece holding the radio, came with speakers, if you ordered the awful Japanese am/fm radio package (99,9% of the cars delivered with radio). Grills behind doors usually also had speakers (crap). Ventilation ? What where they ventilating ? Sorry mate…they were born to be speaker grills.

At one time I believed the speakers on the side of my radio console were original. This was 20 years ago. While talking to Stew Jones about getting a new OPUS unit for my car with the forward relocation kit I asked him about the sound system. He told me just that, the car came with 2 factory speakers behind the seats, those console grilles allowed air to circulate around the radio. When it comes to S 3’s I’ll put my money on Mr. Jones!

As mentioned, I don’t think speakers in the foot well is original factory.
I fitted new speakers in the original place behind the doors with a crossover filter and placed the tweeters on the A-post in some fabricated mounts made from PVC tube covered in leather. The cross over filters are placed under the dash. 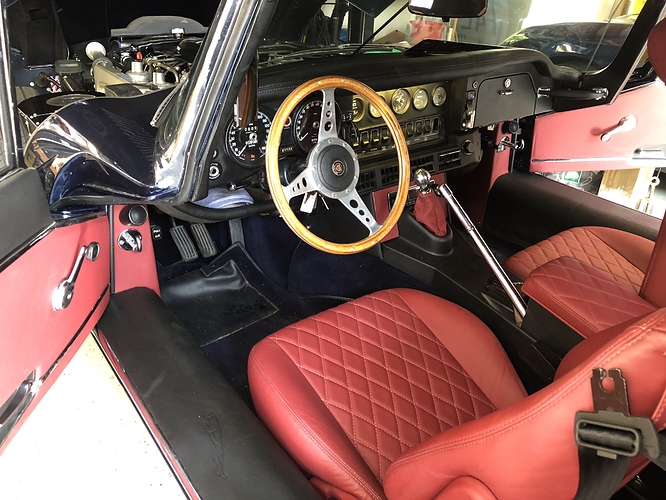 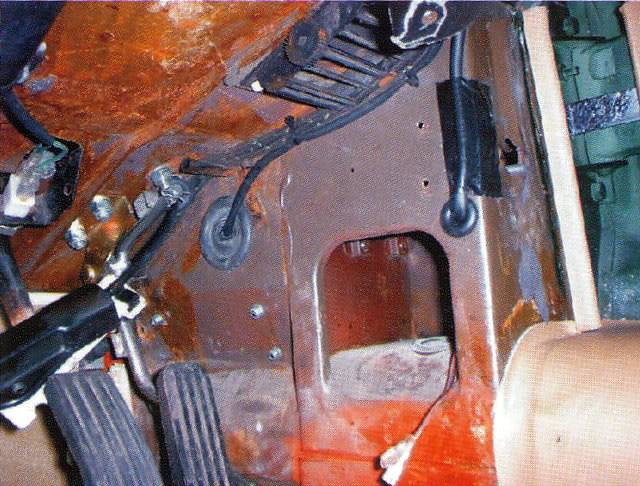 This is Angus Moss’s car: 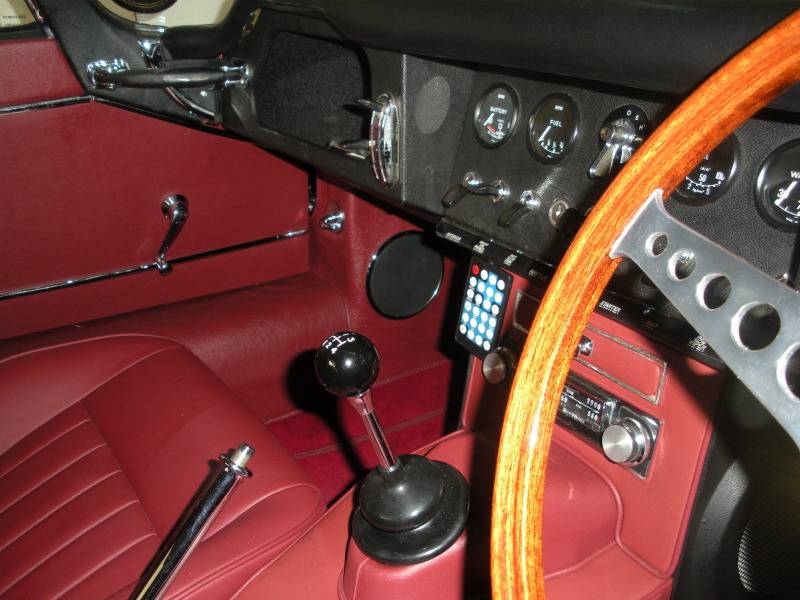 Tweeters can be mounted at each corner of the dash; some like this are unobtrusive and work well: 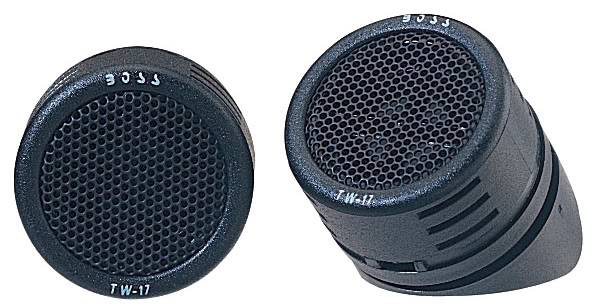 For the footwell speakers you must fill the space behind them with acoustic wadding: 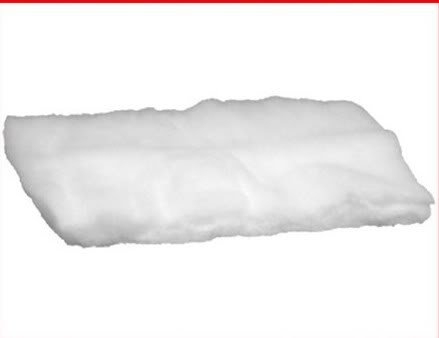 The resulting sound quality and volume is impressive!

What are thise seats originally from? Nice shape, and the black-over-red interior is nice!

I have a pair of speakers in the console. very powerful and totally useless. My car is just so loud! Especially over 80 mph with the windows down and me desperately trying to dissipate heat.

I think there is only one solution. So far it exists only in my head, but I think it is the only way.

So far I have purchased a second set of head rests from an MGB. These have an oval pillar supporting the cushion and would appear to fit my FHC. This will be the prototypes.

I haven’t reached stage 2 of the project yet, the idea being they will look just like headrests but contain the speakers, so I can listen to music from my phone. Bare in mind this is all only a theory.

Main Features: Power bank function. Built-in 7.4V/2000mAh rechargeable Li-ion battery for up to about 12 hours(70% Volume) of playtime. Small size lets you easily carry it from room to room, or take it for outdoor parties What's more, it can also ...

you beat me to it…

I never turn on the radio so, I had the antenna hole welded up

Ill be interested in your experiment: the Rover P6’s “ET” headrests could contain a pretty large set of speakers! 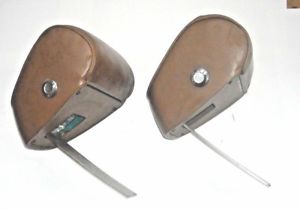 How come if speakers were not a factory item but a dealer option, and jaguar even built spaces for the foot wells, that it is being said that my current speakers were not original? No big deal to me but following that logic no radio setup is ever original.

He is incorrect. He knows a ton about Series 3, but I am an original owner, he is not. The grills next to the radio were speakers. In fact, if you find an original metal radio box from a 1971 to 1974, even if the speakers are gone, you will find several short metal pegs, welded to the box on the inside, sole purpose was to hold in place the speaker, and then secured with small friction tabs. Ventilate the radio ?? Really ??

Or just put some Velcro on them and stick them to the carpet behind the seats. That makes it easy to pull them out and put them on a charger, or to swap them to a different car.

What are thise seats originally from? Nice shape, and the black-over-red interior is nice!

Thank you sir !
They are Mazda Miata early model, european spec. The US always came with the headrest integrated into the seatback, as far as I know. I bought the seats in the UK on ebay for 40£ and had them shipped to the US for about 120£.
The picture of Angus Moss’ car with speakers in the foot well in this thread, show the same seats but with the “traditional” Jaguar leather design…
I have installed heated seat elements (not connected) and strips of LED front and back that comes on with the map light. 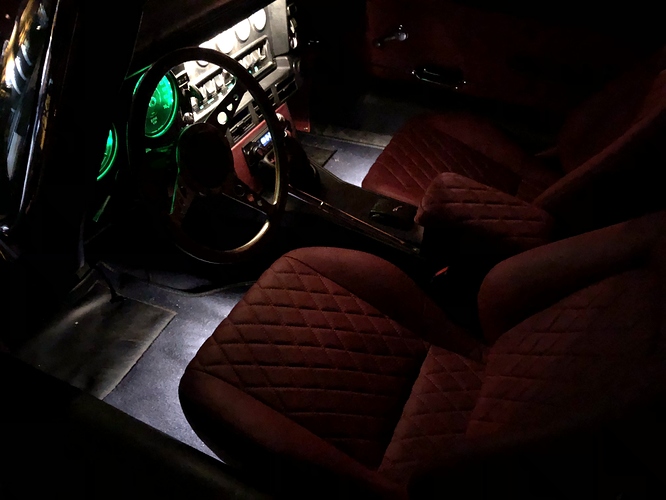 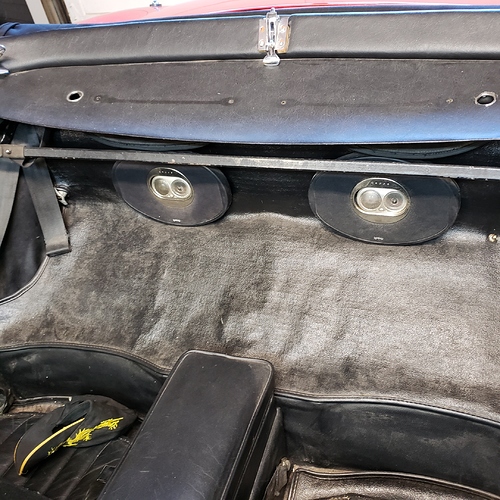 Later MX5 (aka tombstone) seats have built in speakers: 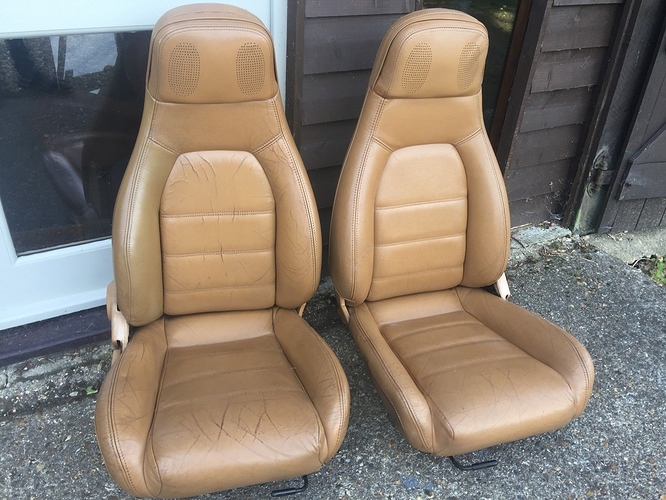 As the MX5 conversion rails are available from Fosseway (or you can make your own from the patterns on the UK Forum) it should be an easy and economical way to get around the problem. These versions of the MX5 seat are not quite as elegant as the earlier (non speaker) versions with removable headrests but they are just as comfortable. A very popular conversion in the UK because of both the comfort and safety - if you are rear ended with stock S1 seats your E-Type driving days are likely going to be over.

Incidentally you can remove the MX5 seats and replace the stock seats in about 15 minutes so the best of both worlds.

They are Mazda Miata early model, european spec. The US always came with the headrest integrated into the seatback, as far as I know.

Except for one model for one year. The 1995 M Editions came with a separate headrest.

IIRC, the other first generation Miatas had speakers built into the one piece seatback/headrests.

Edit: I see David has already posted a picture.