I have driven an XK120 roadster 915 km in one day Perth to Balladonia.

Glad to hear of people driving these cars rather than posing in them. Just had mine out on Cape Cod MA where things are cooling down and more suitable to driving them.

Here are a couple pictures that include the cut-out spats that I promised last week. 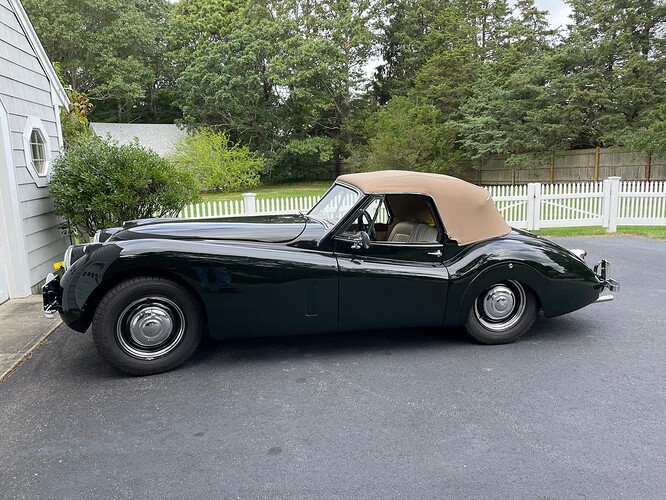 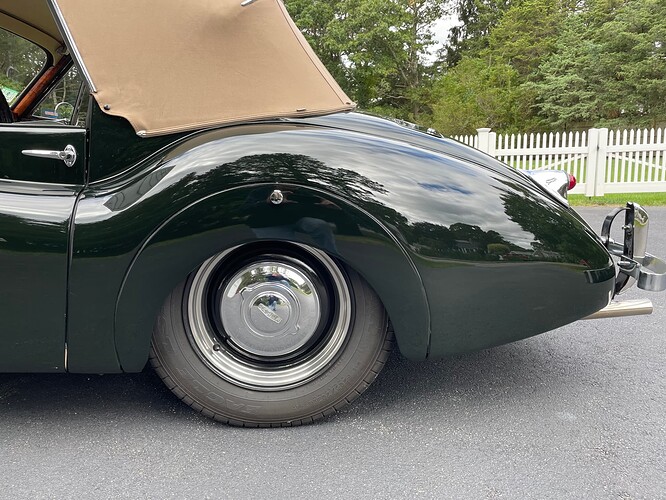 I have driven an XK120 roadster 915 km in one day Perth to Balladonia.

I know this is not a competition, but I have to say I did over 1270 kms this summer in one day with my son in our E-type roadster from Rättvik in Sweden to Hannover in Germany. No biggie, but I have to admit I was a bit excited the first 500 kms as I had resoldered the other commutor end of the alternator the previous night after midnight in the hotel room in Rättvik Sweden.

Ps. Last week on our way to Goodwood, it rained in Germany and Belgium all the way. 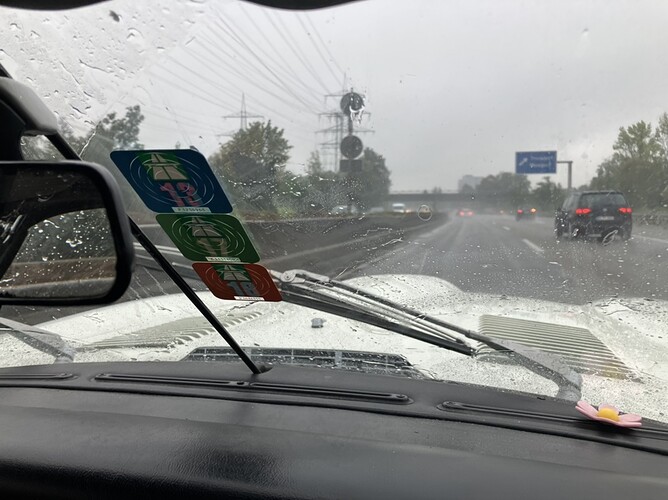 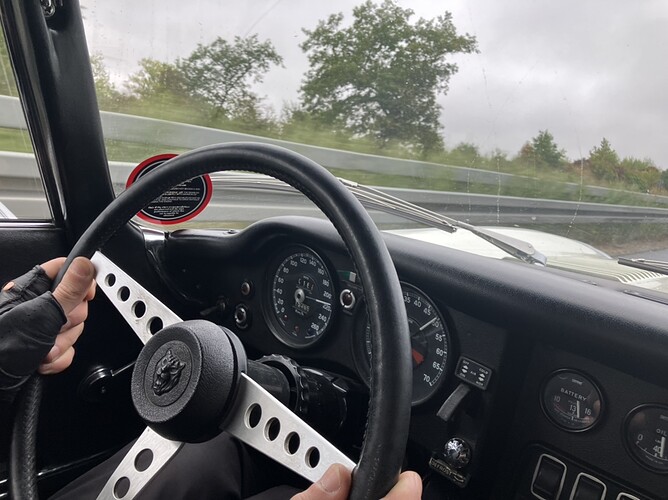 But fortunately not in Wiesbaden, Germany once we had started from Frankfurt.

Here in Australia if you are doing 30km/hr over the speed limit and max speed in all states except NT is only 110km/hr today they can impound your car an crush it!
But back in 1978 this wasn’t a problem but given I had only finished rebuilding car from T chests a week or so before and we were on one of the most lonely roads in the world with Kangaroos either side we kept the speed to 110km/hr it was a long day! 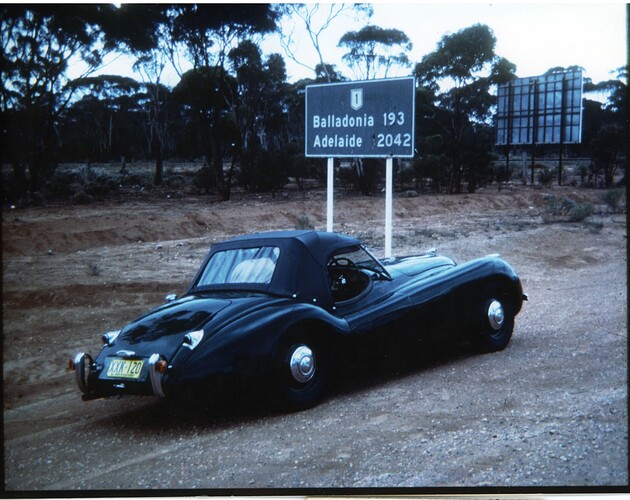 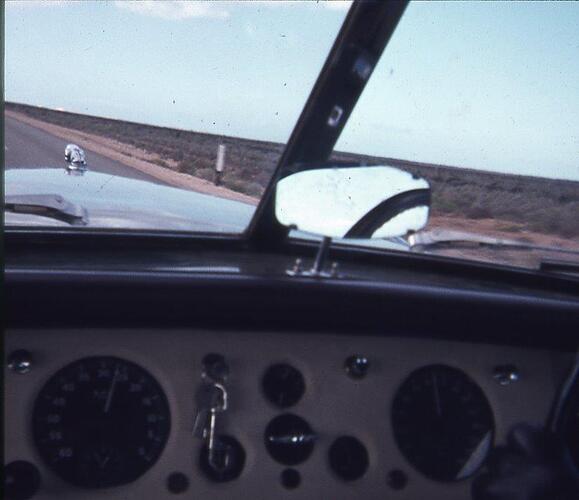 unfortunately only a instamatic 126 toy camera!

Thanks Tom,
As far as motorway driving goes, I have an OD fitted behind the original Moss box, and a 3,54 final drive, so high revs is not an issue.
I agree about the right leg lacking support. I sort of let the knee rest on the gearbox tunnel. I am 6ft2 and use a smaller MotoLita steering wheel. The modern? racing seats have a comfortable sest cushion but a thin, back with very little padding, so I use a small pillow.
The exhaust is very loud so I wear a radio headset which reduces the overall noise by 75%.

And this pedal set makes a big difference 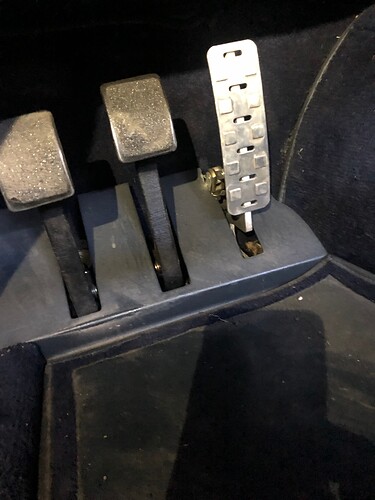 Here in Australia if you are doing 30km/hr over the speed limit and max speed in all states except NT is only 110km/hr today they can impound your car an crush it!

Sure, we have high penalties for speeding as well, max speed on highways is 120 km/h in the summer and 100 km/h in the winter.

That photo was taken by my son last week and we were driving on the German A3 near Wiesbaden where 200+ km/h is perfectly normal AND legal. And very nuce.

Ps. Tomorrow we’ll have a short drive with some vintage Jaguars, perhaps not an XK120 but some XK140’s and XK150’s for sure, both OTS and FHC.

Tell us some more about how you fitted the OD behind your Moss gearbox on your 120. Major surgery on the chassis cross-member I assume. And what is the pedal box that you used?

Today from The Hague to Zeeland… total 350 km 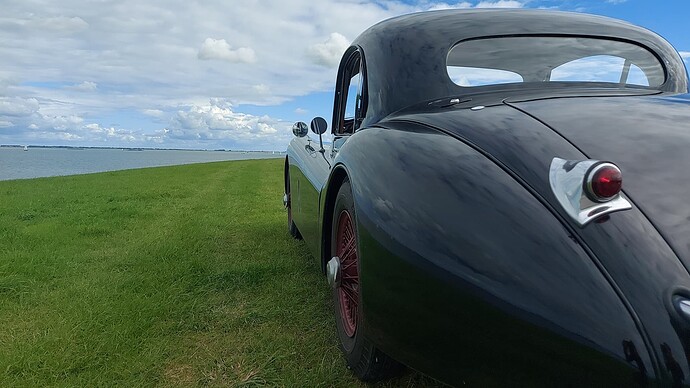 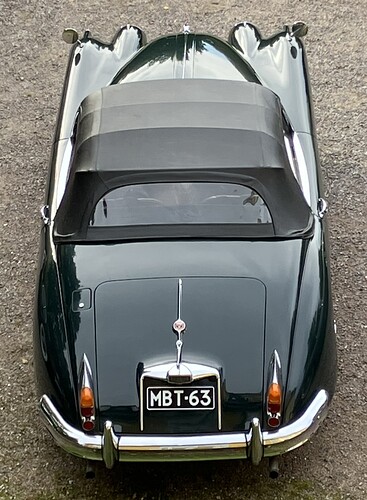 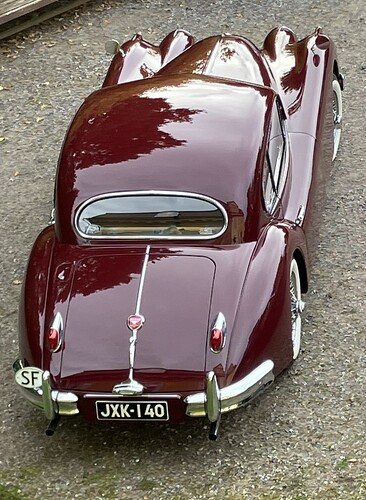 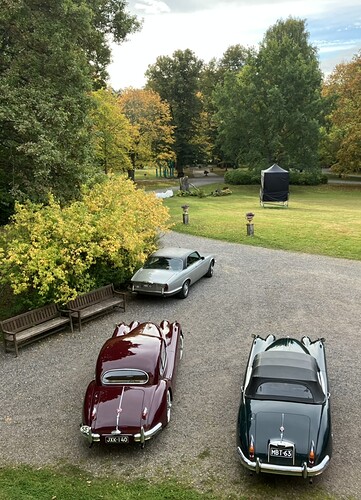 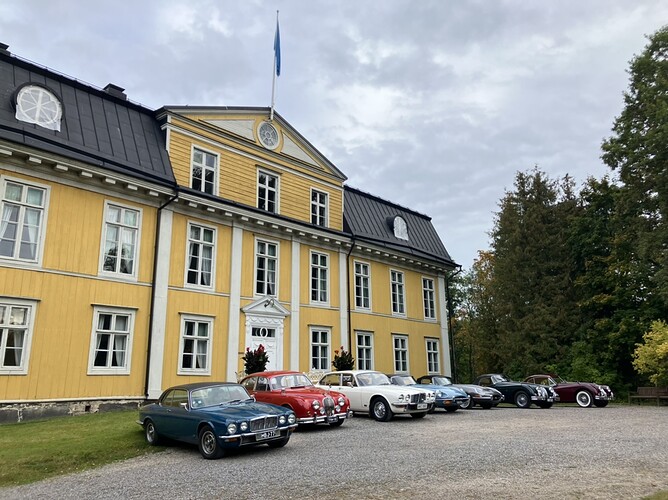 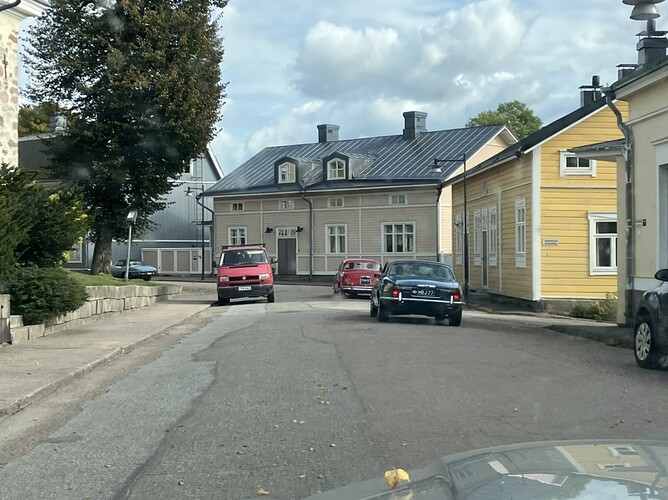 … is a prize winner!

To wit… methinks someone should compile the best of these for a calendar, like we once did, years ago.