I did get pulled over about 20 years ago in the E by an Illinois officer with an attitude. Said nothing about the “missing” front plate but gave me a ration about not being able to read the renewal sticker on my rear plate. Got pulled over in a (then new) 2015 Corvette by a ( home state) Wisconsin young’un whose first words were "you’ve done nothing wrong ma’am ", wrote me a warning for no front plate. He ended by saying “That’s a reallyy nice car.” All while other drivers are screaming past us at 15 to 20 over posted. Last month, another young 'un pulled my husband over in the 2018 Corvette. Thinking fast, we said the plate and bracket had been taken and we were waiting for a replacement, another warning. I’ve been driving the 2017 F for over 2 years with no front plate with no problems (yet). Es and vettes just look better with no front plate, not the case with my daily driver 2013 Golf.

From the JCNA Judging Guide:

You need to quote the whole section, adding in the Footnote:

Footnote B: J30 – Pgs. 178-179 & 234 and J37 – Pgs. 160-161 & 211-212 list a tilting front license plate assembly for countries where required, and a rubber plug (BD.20989) to plug the redundant hole in the lower panel when the bracket assembly was not necessary. Mounting the bracket assembly required drilling two holes in the bonnet. Neither J30 nor J37 lists a plug for these holes in countries where a front license plate was not required. Based on the above and other historical information it has been concluded that ALL cars were delivered to the USA with the COMPLETE BRACKET and TILTING assembly to be dealer installed.

The license plate bracket was taken off Tweetie back in the late 60s, and then when I did the restoration on the bodywork back in 2006-2007, I welded the holes shut.

My observation from working on looking at shovels is these brackets are generally mounted by hacks so dealer installed sounds right
I got a ticket from the OPP in Ontario for no front plate but I tend to resist authorities , I’m not much interested in their lectures
Interesting everyone’s experience I like the British format but now that I’ve seen the Canadian
Example maybe not

not the case with my daily driver 2013 Golf.

Where in Ontario are you located, Jim?

WTF Paul. Another Avatar? I was just getting accustomed to the last one, now I have to go through the whole assimilation process again.

Keepin’ Old Phartes On Their Feet, For 60 Years!

He looks at my Texas license and says , “Where you from, boy?” I said Pasadena. He snaps at me, “I didn’t ask where you lived, I asked you where you was from.” Told him Indiana, two months ago. “That’s what I thought, damn Yankee.”

This caricature of a caricature from a B movie proceeded to write me three tickets. He finished with a spit eating grin saying, “Welcome to Texas.”

Another time a Harris County Constable pulled me over for excessive speed at the entrance ramp to the east belt heading south to I-45. Since you are in Pasadena all that detail was so you’ll know exactly where I mean. He strolls up to the window bends down and says, “I’d give you a ticket, but I really like this car”. So I got out, opened the bonnet, showed him the engine that was the cause of his stopping me, we talked for a few minutes and he told me to slow own because they “ticket a lot of drivers in this area”.

Yep. I got stopped for an illegal right turn by a motorcycle cop and all he wanted to do was talk about the car. He told me he was just hoping I would make the turn so he could stop me. I was also without documentation but he said he figured I would surely have insurance on an e-type! Ended up being a half hour of showing him all the features of the car. Sometimes you just get lucky.

Sorry to say this, Danny, but I don’t think any avatar, of any color will help me gain any words that even remotely reek of wisdom…

Yeah, what is that? A Mars rover?

One of its last acts was the selfie. 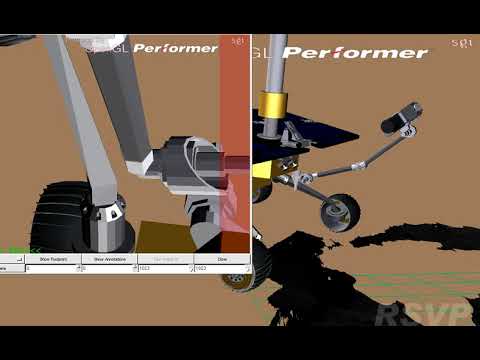 Ah so it’s a “Rover”….now I understand

This is @Wiggles belief of a Mars Rover: 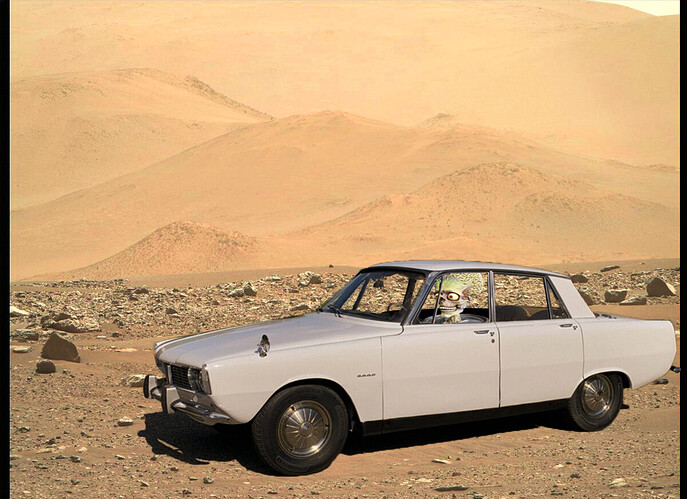 … which clearly demonstrates that the cars looked much better with a belt line down the flanks of them, and that the sail panels should be a different color. 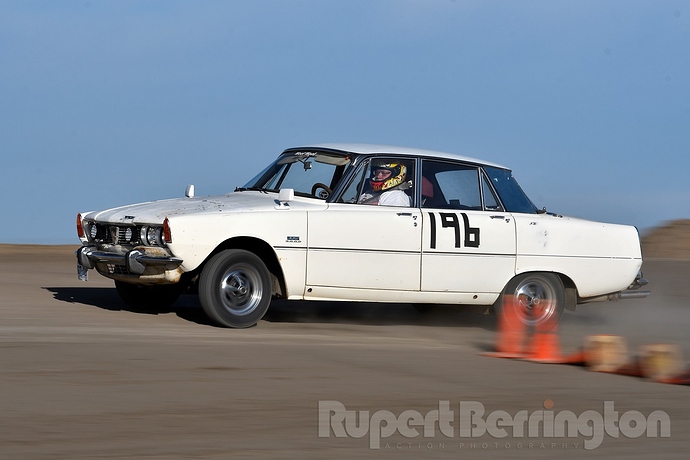 … with a front plate.