I may have goofed.

I didn’t check that the head gasket was installed with TOP up.

I have the head tightened down and cams tight, but haven’t started with manifolds.

Should I remove the head and check? If I do, and it’s wrong can I flip it and us it, or do I need new?

…and the more you think about it, the more unsure you are!
I don’t think the engine will run backwards by this error, but aside from that I cannot offer further advice…

Is there a way to tell which side is up by looking at an exposed edge of the gasket? You may need to use a magnifying glass but that would be better than pulling the head off.

Is there a way to tell which side is up by looking at an exposed edge of the gasket?

No, there is not, but I doubt there’s gonna be any problem with it.

One side touches aluminum and the other touched cast iron . Could that be where the issue is.

Thank you all for your responses.

I looked at the old gasket, which is from the same maker - Payen.

I see the coolant passage size is different for Ex and Intake. Also the “down side” has tin over the block slots (this is a S3 block).

So, I think it’s important to get this right.

Bits of memory are coming back though, and I think I got it right. I remember holding the new and old gaskets together to compare, and they were a match. I then placed the gasket on the block. I don’t think I flipped it over. And I would have noticed the visible extra tin that’s between the compression rings - that stands out as wrong.

So, I’m pretty…90%…kinda…still wondering for sure…going to go with it. I think. 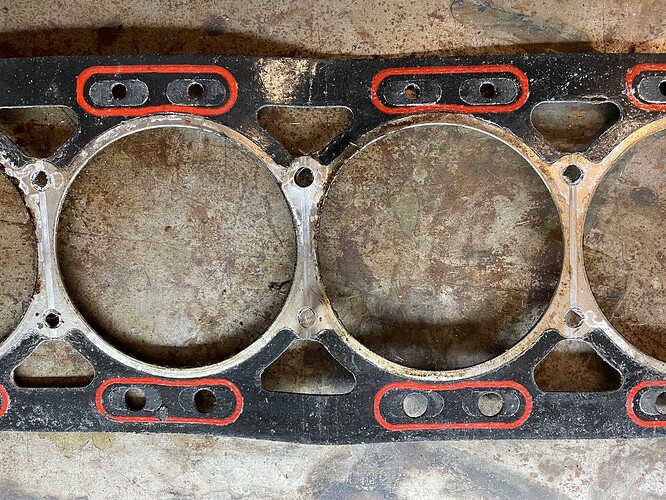 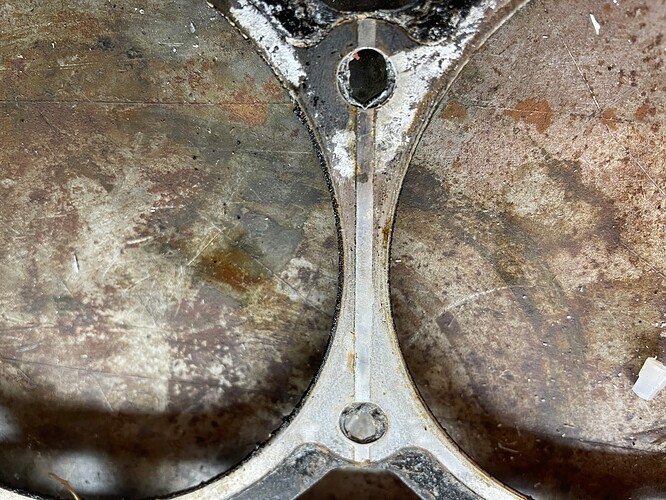 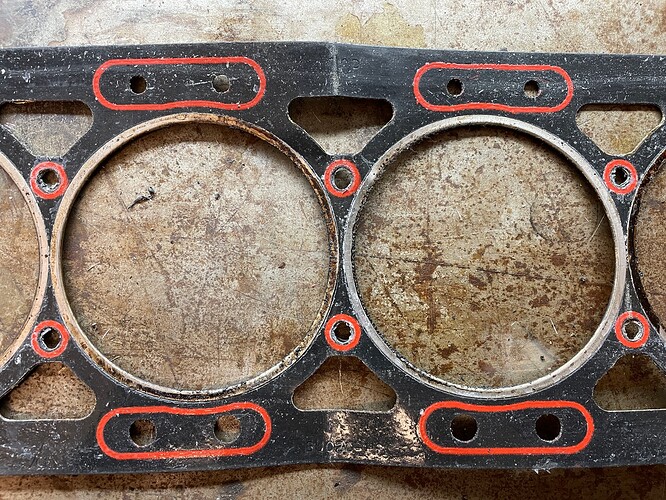 I could have the head back off in an hour, but I’d need new cam bolt fold-over lock plates, and I’d have to wait again. Some folks use Loc-Tite, but I’m not sure.

Some folks use Loc-Tite, but I’m not sure.

I never used the foldover lock tabs, or re-safety wired them, and just torqued the bolts properly.

Never came loose… like tens of millions of other non-lock tabbed cam bolts.

I never used the foldover lock tabs, or re-safety wired them, and just torqued the bolts properly.

“I never wear a seat belt, and I’ve never been killed in a road accident”… Just saying, if precautions cost nothing except a few minutes (time isn’t money for us hobbiests), it’s worth doing…

I don’t think I flipped it over. And I would have noticed the visible extra tin that

So, I think it’s important to get this right.

… I would have noticed the visible extra tin that’s between the compression rings - that stands out as wrong.

I think you are right Rob. The critical point is to have an even surface joining adjacent fire rings and covering the slot. You don’t want an edge or seam of folded metal against the unyielding, narrow iron surface. I also *probably wouldn’t remove the head without having a spare gasket to hand, since even if it turned out the gasket had been correctly placed, I think that pre-existing deformation would result in a marginally less effective seal on second tightening.

The cam bolt tab washers used throughout the timing gear have two tabs per fastener and the factory only used one, leaving scope for one redo, depending on history of work. Loctite works too.

When I installed my newly-rebuilt head onto my XK120 block, I had a fleeting moment when I thought I had mistakenly set the head down on a flat surface. Yes, I’d already torqued the camshaft caps down in the shop, but I have a jig that very safely holds the head on my engine stand, and since taking the head off of the stand I’d been oh so careful to use risers as I transferred the head to the engine. But I had that niggling in the back of my head that I’d mistakenly let the head sit momentarily on a flat surface. Got it in, lots more time getting everything carefully hooked up, turned it over to hear that wonderful sound, and PFFFFT, blowback from what was later determined to be the bent valve. Yep, I HAD set the head down on a flat surface with (fortunately only one) valve protruding below the head.

The lesson (to me at least): Take the time to do it right. If in doubt, better to back up and verify, because the path backwards becomes much more time-consuming every step you take forward.

How so Paul? If you have doubts it’s sensible to double check.

Sensible to double check… what?

Everything. Otherwise that feeling of something possibly not right will last forever.

I don’t think it’s an issue at all but understand wanting to check while it’s easier. I reused the lock plates… no problem doing that once.

I agree, but in the context of the cam sprocket fasteners, the question did not make sense to me. I check things twice/ three times.

I think Phil was thinking about the head gasket, in any case I made that mistake…

Indeed I was. Every time I think ‘it will be ok’ it eats away at me. Far better to take the one step back before proceeding.

So, I took off the head again, and the gasket was installed correctly.

So I’m a winner and a loser.

Thanks to all for pushing me to do the right thing.

Peter: the after market cam bolt foldover lock plates came with only 1 area that can be folded - unlike the originals.

Now I’m waiting for a new gasket (more good advise from you all).

I won’t make that mistake again.