How to mount C type badge on cam oovers

I have a legitimate XK140 MC car with a C type head, but the cam covers do not have the C type badge. I bought a pair from XKs unlimited and they have two pins on the back. Do I need to drill holes in the cam covers? Is it better to remove the pins and use high temp epoxy?
any suggestions most welcome
Jack, Chapel Hill NC

I could of sworn the last time i had my covers off that i noticed nuts on the back side of that badge. Maybe different now. Id driil the holes and epoxy that sucker 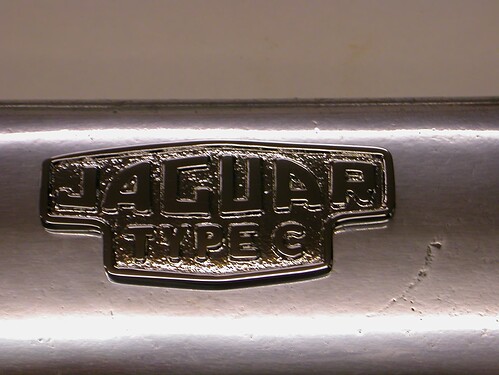 My studs are not threaded so either I will thread them, or just epoxy them on. I hesitate to have nuts on the inside that can fall into the cams. The badges I bought from XK’s are pot metal so am not sure how well they would stand up to threading.

Again thanks. I guess the alternative is to find a set of original ones

I used what are called push nuts, just thin sheet metal with a deformed center around a small hole.
The factory may have even just hammered them to expand them, mushroomed them out.

Another idea: Jaguar supplies several sizes of “retaining clips,” or “friction bushings” (e.g. BD26889) which are thin-walled plastic sockets that are inserted in drilled holes, then the studs are inserted into them. Wing badges, emblems, fake horn grilles, scuttle vent, letters such as X and J are all fitted using these. Should work on these cam cover badges too. No glue or similar needed, and the bushing forms a watertight seal. I’ve bought at least 3 sizes of them from Moss and/or SNG recently.

No nuts on mine. I just checked after reading this post. I have two C heads and I have never seen any with nuts.

Mine are the originals from June '55, and are exactly as Terry describes. No nuts.

Originally the pins were an interference fit, then peened over. 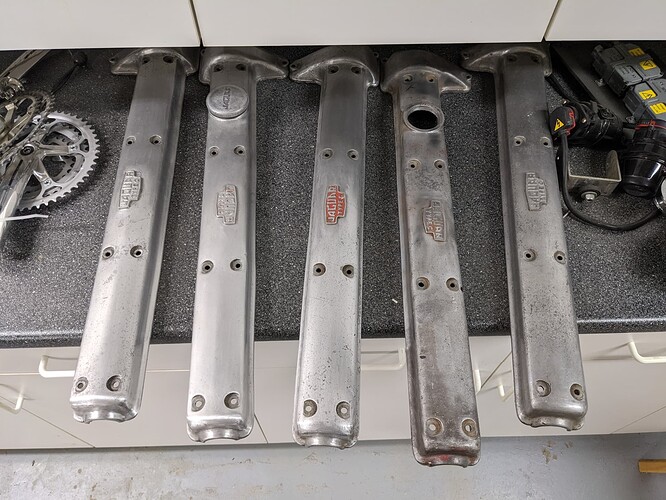 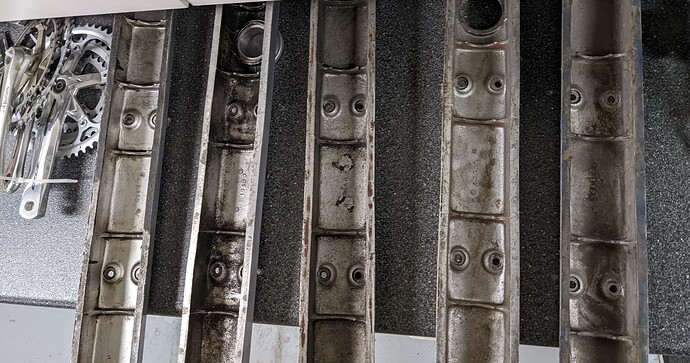 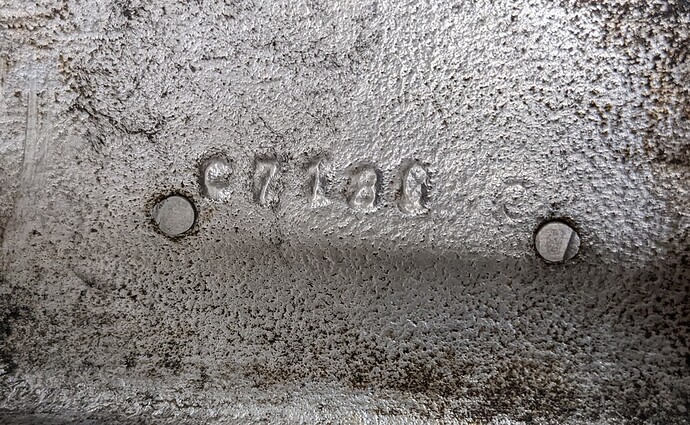 I could say “Show Off” with that number!

interestingly whilst actually have probably 4 pairs here I have 1 set where one of the badges is upside down or the wrong way around.

Huge thanks. This was just what I needed to know. Of course the easy way out is to vuy a set with the badges already on, but mine have been polished and this should be an easy install

I would drill the cover accurately, then cut the pins on the badges to be a little longer than flush to underside of the cover. Maybe drill a very short ‘starter’ depression in the end of the pin, then fit and drift the end to a slight flare on the inside. I’d put a little good quality RTV to help seal the holes, too, but they probably wouldn’t need it.

could say “Show Off” with that number!

Bike chain rings were on my 1986 Schwinn, which was bought new when my VW Sirocco was in the shop. When I was younger, I geared it for top speed, effort be damnned. As I got older, I could no longer muscle hills flat, so I first swapped out the 5 sprocket rear wheel for a newer 7 sprocket, then later, the double chain ring for a triple.

Worth considering the ease of touching up the polishing. Easy to do if you fit plastic bushings–badges can be prised up to remove and replaced after polish. Easy peasy.

But with the temperature those cam covers get to, plastic would melt pretty quick.