After a 13 year hiatus, I have uncovered my 1963 FHC 887030 and will finish the car this time. Let me explain. I’ll do this thread in multiple submittals because it’s a long story.

After years of letting my FHC languish in storage I have finally unpacked it and have once again commenced its restoration. My car is 887030, built in 9Oct1962. I bought this car from my aunt in July, 2003 who had purchased it on 16Mar1990. The car was running at that time (1990) and was put into a shop for full restoration. And then the troubles began, and many $1000s spent, she demanded the shop give it to her because the entire bonnet and interior was stolen along with boxes of hardware. But workmanship that was completed on the car appears to be first rate…until the end. The engine, trany, rear end, suspension were all rebuilt and the car was painted (with Imron…uugghhh!). Factory colors, Carmen Red and Black interior. Sometime in its previous life the Jag had an accident and the front frame cross member was replace and the transmission was substituted for a 4-sp synchro from a '65 FHC. (The high ratio one which is unfortunate but I really don’t care as I had previously owned another '63 coupe and I was really tired of the Moss Box.) When the dissolution between my aunt and the shops came to be, they just threw junk in boxes and shipped stuff off to my aunt. The dash and gauges were there, and the seat shells, but pretty much everything else was missing. We believe the paint shop stole the bonnet that was totally painted and fitted to the car and a previous owner broke into the mechanics shop and stole the interior (in boxes) and other miscellaneous boxes. My aunt had no business buying a car like this.

Years pass. Finally, I bought the Jag in boxes (being the only car guy in the family). She lived in Scottsdale, AZ. I also bought the interior out of an E-type in Cave Creek, AZ. That car had been stored in the open for about 20 years because the owner took it in for some brake work, went home and had a stroke. He lived for 20 years and the car just deteriorated but free of rust. That car was 885766 (V2073). Had I known what it was, I would have bought the whole car! It had roadster seats in it and short slides exactly like the shells in my 887030. This was in 2003 and I hired a closed car hauler company to bring the car to me in Clearwater, FL. The did, but dropped a Lincoln Navigator on the rear door. That was fun. Bear in mind, this car looked beautiful aft of the bonnet. The bonnet was from 3 different cars and was not nice. So, this is where I got the car and found it had title issues because of the replaced picture frame. Not to worry, one trip to England and lots of documentation and discussion with Jaguar Daimler Heritage Trust and I got the car certified. So I did get it titled properly and I started to get to work and discovered the boxes were unidentified, belonged to multiple cars, and were substantially incomplete. More fun. After 4 years, I set the car aside and went on to other projects. That year was 2007; the last year I ordered parts for the Jag until now. Here is a video of it then. Ahhh, fooey. You cannot load videos. Okay, I’ll break it into jpegs and upload a few of them tomorrow. Cheers all. 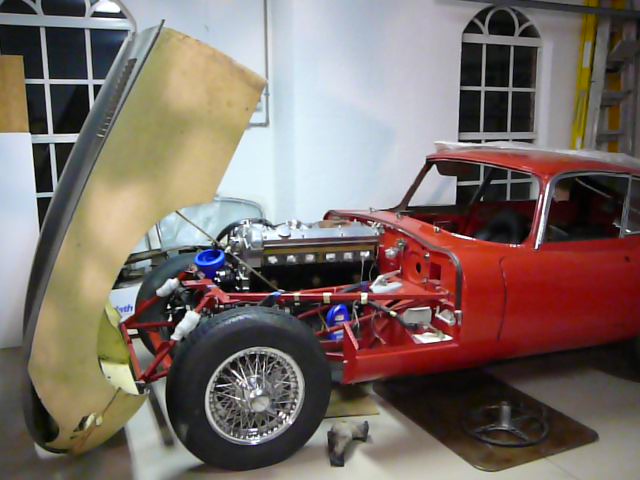 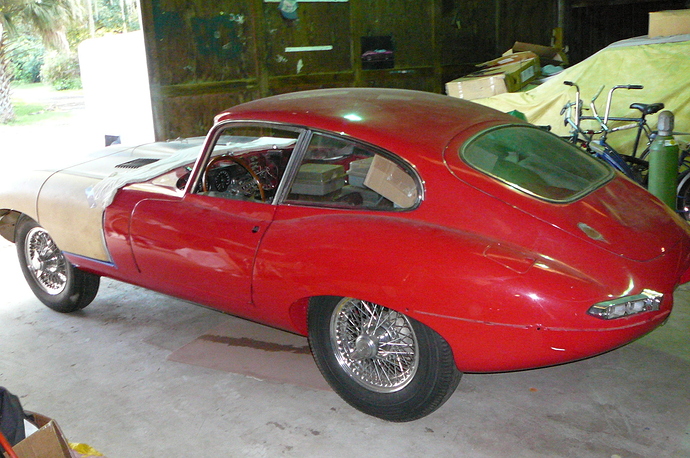 Hi Scott, that is indeed a sad story. My car is a November 1962 build (RHD 861017) and a number of us have cars from this time so can help with details as you reassemble. Good luck. Paul

Oh, boy! Imron! Haven’t seen that in a while. I used it a few times in the '70s. Back then, it was used primarily for things like painting airliners. It is nearly indestructible, doesn’t really need to be waxed, and not much sticks to it. But… NO fun at all to paint over - I had to do it once. Actually removing it is a nightmare - probably have to use the razor blade method. It is so flexible, sanding it is like sanding rubber.

thank you Paul Breen, I’ll take you up on it as I progress. You know I spent several hours with Anders Clausager at the old Jaguar factory on Browns Lane back in 2004 (I think). He gave me a little tool kit and had me remove panels from their '63 FHC on the museum floor to show me the possible locations for the numbers on the car. Can you imagine anyone in a U.S. museum doing such a thing? I am forever grateful to him.
As it turns out the interior I bought from 885766 did not have the indentations behind the seat to make more room for the seat. That is what is in the car now. In fact, the whole interior is in my car. Anyone want to exchange stuff from that to one closer to 887030, let me know.
Yeah Paul W., almost in the First 500 group. Some real differences from 5766 to mine. I do have the steering wheel and column as well as the whole rear door from 5766. I bought that because the moving company bashed mine, but I’m more keen to repair mine now.
Yes Ray, Imron. A pain to repair. Should have called it Iron. As this whole car is painted top and bottom, inside and out, with it, I’m going to have to repaint it. It was a beautiful paint job. I am hoping I can paint the outside above the bottom. I pleaded with that driver to move my car forward or the Lincoln rearwards as it was overhanging my car by about 3 feet. He swore it wouldn’t be touched. When he walked up to my door 6 days later (Scottsdale to Clearwater) he said, “well the good news is your car isn’t done”! Can you imagine!! I was not a happy camper.
And thanks Jeff. I am looking forward to the project Here’s some pics of the underside and “trunk”.
Anybody has sources of parts they’d recommend, I’m all ears.
Uploading: Jag License Plate EJ-5963.jpg… Uploading: P1080765.JPG… Uploading: P1080772.JPG… Uploading: P1080774.JPG… Uploading: P1080785.JPG…

It is nearly indestructible,

If you flip your Datsun, at an autocross, it kinda messes it up…

It was good-looking, and was the first paint system I knew that needed no polishing.

Must be an inside thing on Ray’s Datsun?
Yes Imron for airplanes was the thing in the 80s.
Hmmm, I see my pics did not load. I’ll try just three and see if that works. 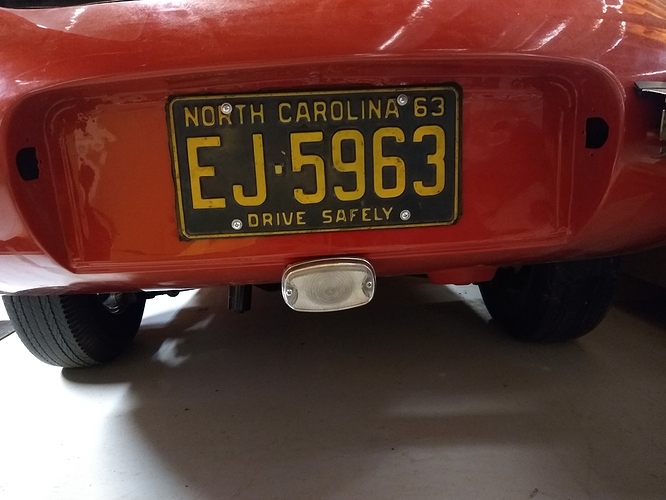 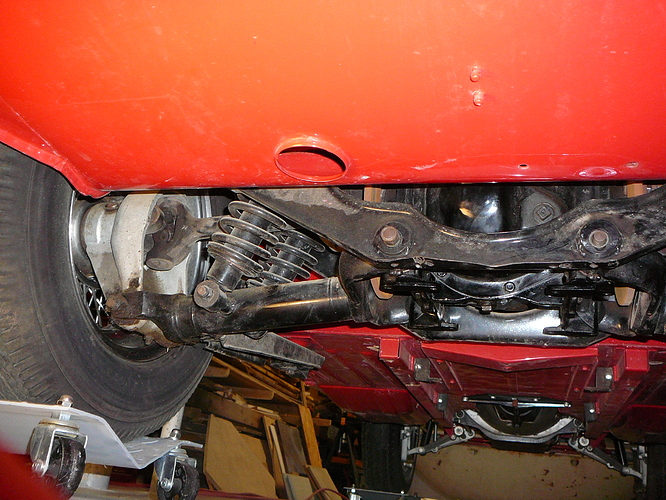 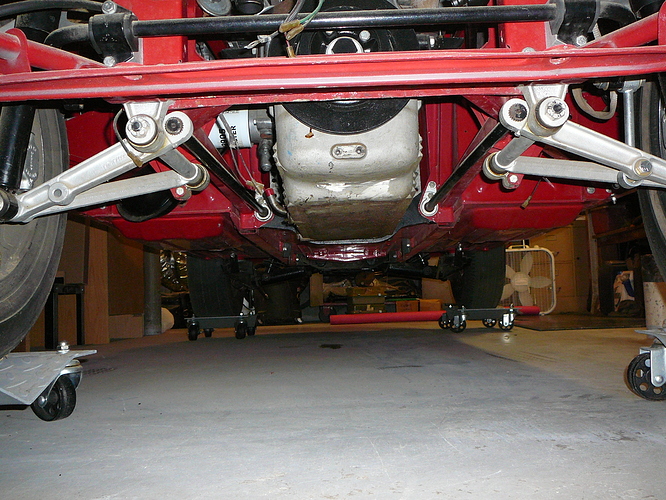 Must be an inside thing on Ray’s Datsun?

No: it was MY Datsun.

Good luck with the revival! They made Imron in matching Carmen Red? These polyurethane paints are the best for durability - though as you all mentioned, tough to repair and strip. Perfect for the underside and the front subframes though because it resists brake fluid and is tough to chip.

The only other drawbacks are the difficulty to spray because of the viscosity (high solid paint) and they are extremely poisonous, more so than other paints.

I use Imron clear coat for painted wheels. But nowadays the color selection for Imron is very limited, because it’s used mostly for aircraft as mentioned and other commercial vehicles. I get the impression back in the 70’s and 80’s there was more selection in colors - it was widely used for custom car paint jobs.

I painted my '69 Firebird with Imron in 1980. Garage paint job that came out better than it should have. It had the small metal flakes in it and there was one place I didn’t get the flakes to lay the same direction and you could see it in the right light. Very durable paint, however!

Hmmm, I see my pics did not load. I’ll try just three and see if that works.

You sent the message before they were uploaded. They all need to upload before you send it off.
The people at the British museums are brilliant and very helpful and enthusiastic. Sad story, but a good end in sight. Good luck on the restoration/revival!
David

You know Bdrag, I don’t know and the restoration shop was in Salt Lake City and I was in either Prescott or Phoenix when that was going on. My aunt owned the car at the time. But we painted planes in Prescott with Imron and we could pick a color, no problem.
The paint job is truly quite good and it looks as shiny now as when new. A pity the movers wrecked the rear door.
Yeah Skiracer, Imron was the best back then.
thanks Davidsxjg. I figured it was that, but it just sat there and ground away so I finally hit reply. 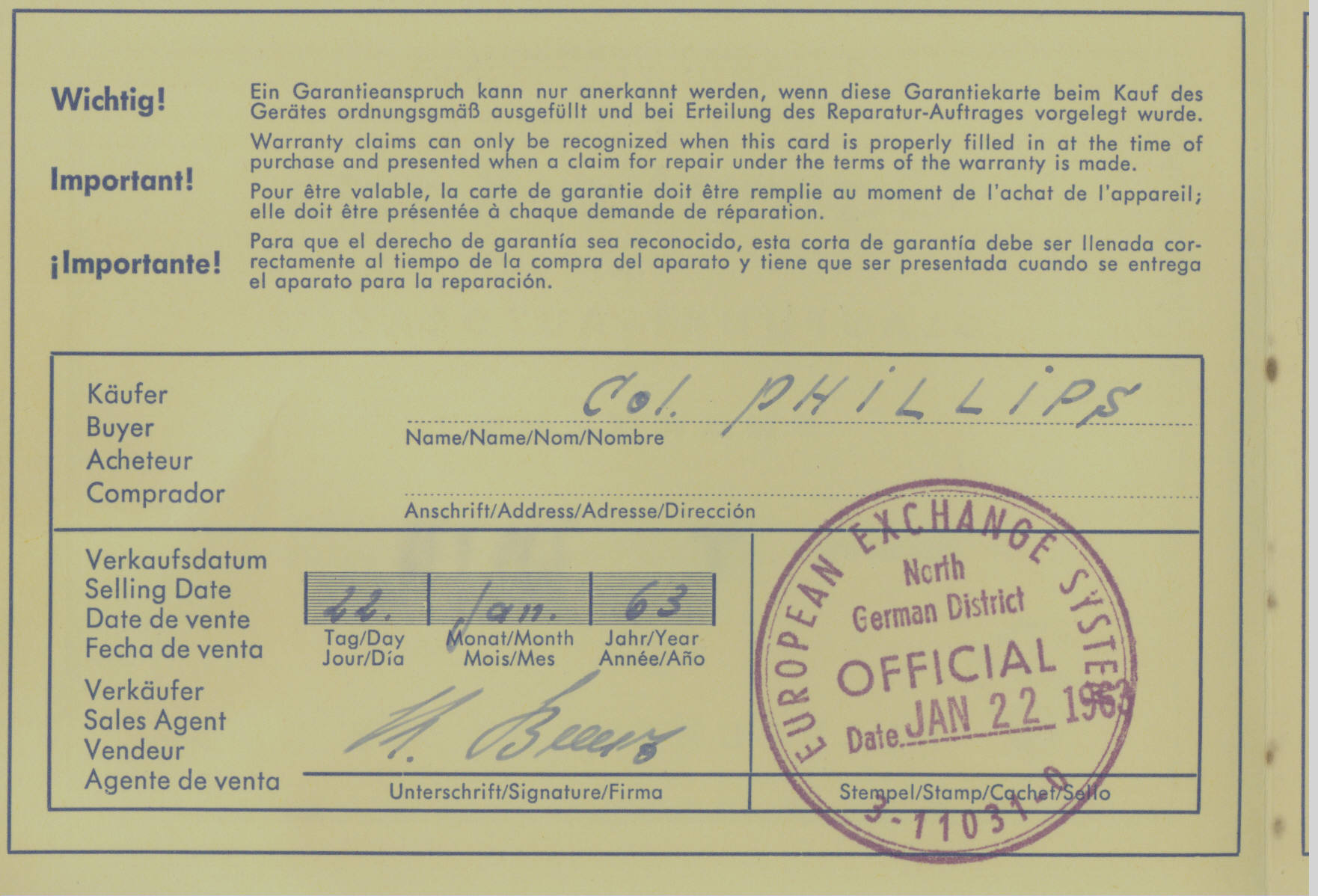 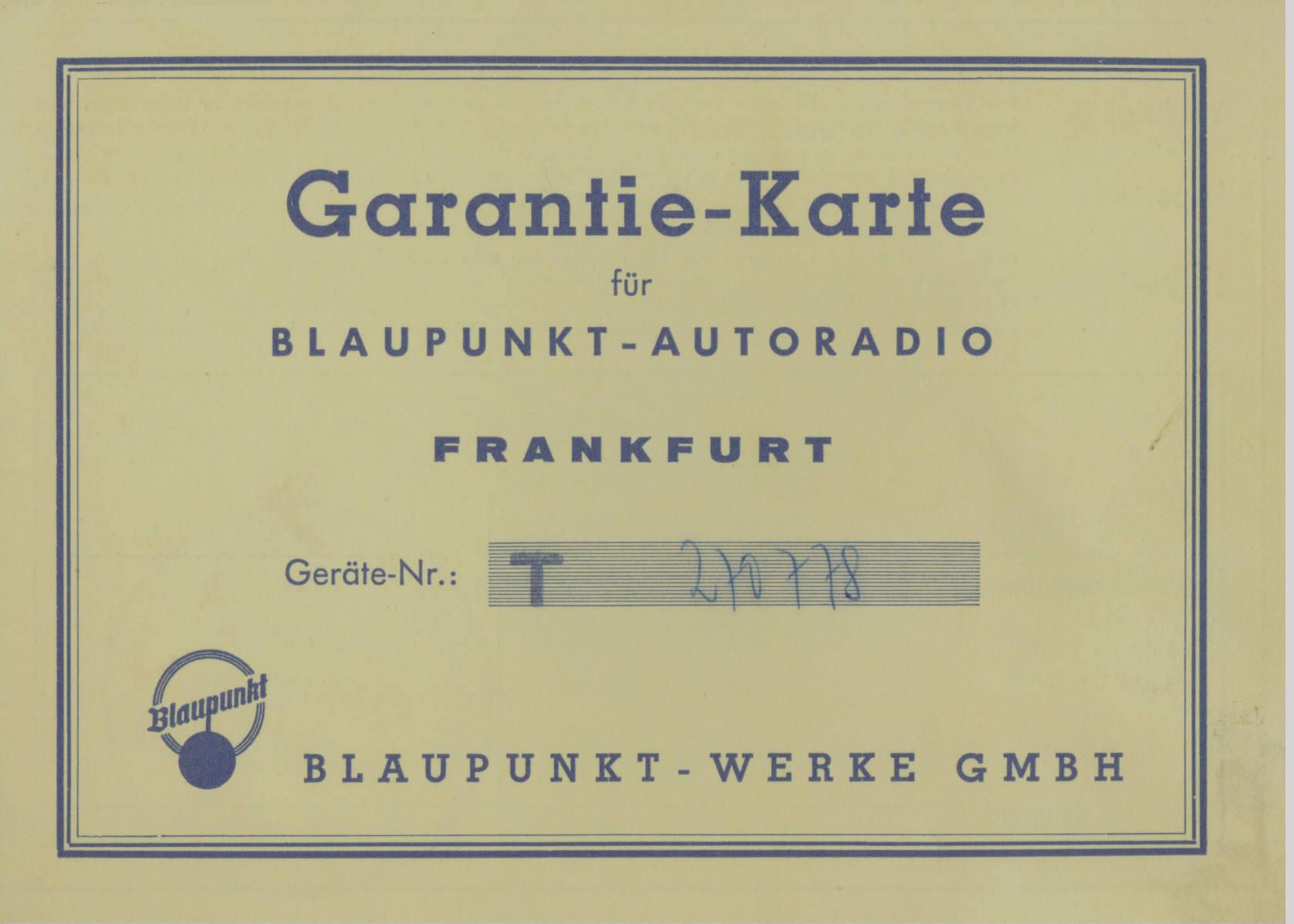 Scot, Just in case U are looking, I have a spare deck lid and back glass. I bought the glass (used) and never took it out of the box it came in. 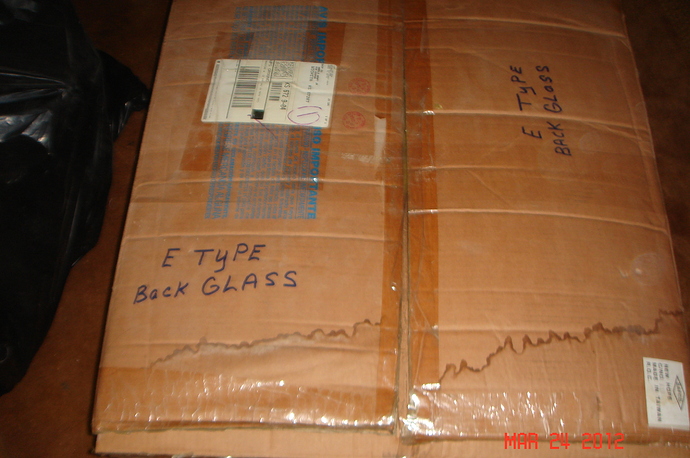 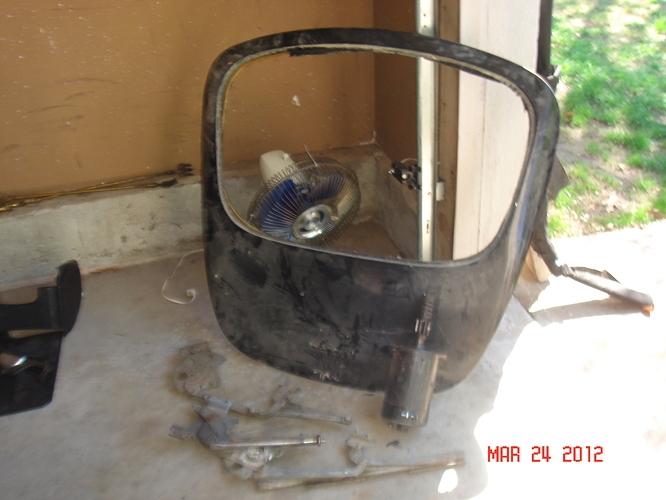 I still looking for the floor mat that covers the deck in my 63. Help! I need someone who has the mat that I can buy or exchange for some of my many spare’s.

I still looking for the floor mat that covers the deck in my 63.

I, for one, have no idea what you are looking for from that description.