Hi all. I am new to the forum and have been doing quite a bit of reading since joining. I recently inherited a 1985 XJ6 from my grandfather who purchased it new. I was planning on fixing the car myself as a challenge and a project. I am not a vehicle mechanic by any means but I think that with the Hanyes manual I can figure it out and learn. That being said the vehicle has sat at his house under a tarp in Alabama for the past 7 years. Prior to this it was garage kept. The first thing I noticed when removing the tarp was a large rust spot in front of the left fuel tank and moisture on the inside of the windows. I was still optimistic about this project until today. I got the vehicle to my house and started removing the floor mats and carpet to see how bad the moisture damage was when I found that both front floor pans were very rusty. The right side more so than the left side. On the right side there is a small hole that I can see the ground through. The rear floor appears to be in good shape considering the age of the car and how/where it was stored the last 7 years. The vehicle appears to have some sort of undercoating on it that is peeling off in some areas. I am looking for advise as to whether I should continue with my efforts or scrap the idea of restoring it because of the rust damage to the floor pan. Any input is greatly appreciated. I will try and post pictures of the damage as well. 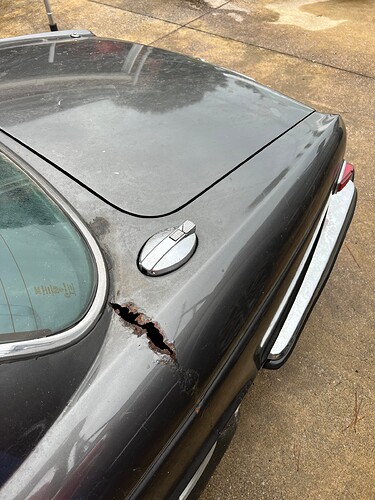 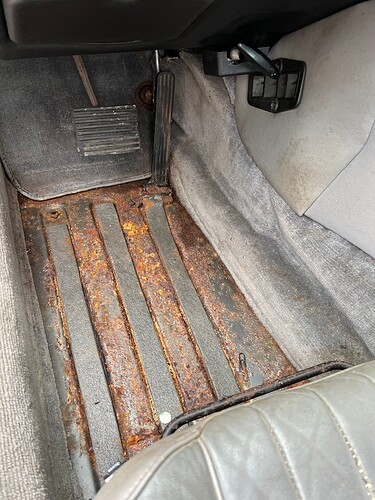 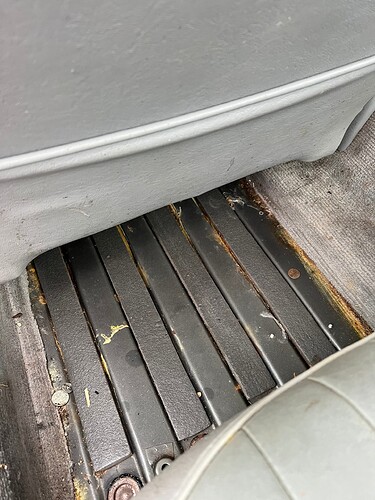 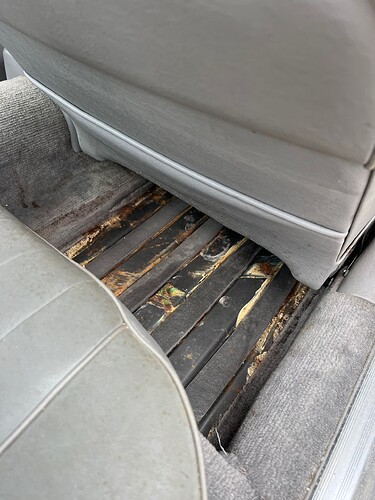 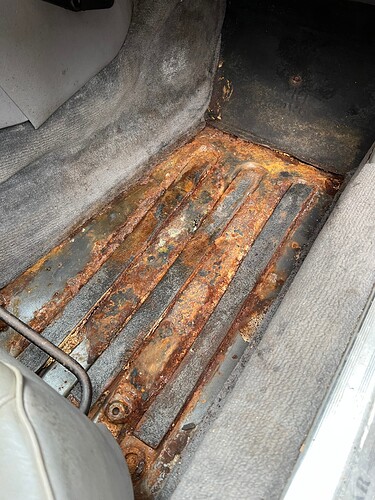 Does the car run, Mitchell? If the running gear is OK it might help you understand how far you could go on the body? In the worst of circumstances you might be able to get a good second hand body shell and transfer over. If you let us know what town you live in someone close enough might have a look at the car for you. I’m in Sydney, not much help!

The car does not run as of yet. It did run when my grandfather parked it 7 years ago. My plan was to get it dried out and then drain all the fluids and replace hoses and start trying to get the engine running again.

The floors are fine. Sandblast and repaint. That rust hole on the fender is pretty epic, but it could be roughly welded and bondo over with very little skill required. The front and rear windshield surround mask a channel that is surely rusted out. Popping the glass will show the worst. This requires making channels in steel and welding without making the weld too thick. Can’t use bondo there.

What is sentimentality worth to you? Financially, scrapping it is the obvious choice. These cars are not valuable yet.

I love the car and would love to see it road worthy again. I know that scrapping the car is financially the best option but I just don’t know that I’m ready to do that yet. You mentioned a channel around the windshield. Do you think this could be the culprit of where the water is coming in the front? My plan was to get the car dried out and I have a garage at my house that I planned on putting it in to get it out of the weather while I slowly worked on it. I just became extremely nervous today when I discovered the extent of the rust damage as I know nothing about metal work.

What is sentimentality worth to you? Financially, scrapping it is the obvious choice.

Hi Mitchell, I wouldn’t do it. I understand it has sentimental value but even if you can weld and have time and space and are motivated it is a ton of effort. Sorry.
David

Mitchell,
The bottom corners of both the front and rear glass are particularly susceptible to rust. By the time you see it on the outside, it’s pretty bad underneath. The rubber seal fits a compound curved channel that is a challenge to rebuild. It can be done, but it is not trivial. That’s where the water rusting the floorboards is coming from.

I’d recommend getting it running first. If that isn’t too difficult or expensive, you can contemplate and research fixing the body.

Unfortunately, the value of these cars is quite low, as is demand. So you will be underwater regarding any refurbishment. But I understand the sentimental aspect. I inherited my parents 1995 XJ-6, which coincidentally had the same rust, just not nearly as bad.

In my opinion, it’s still one of the most elegant designs ever, and they are a joy to drive. So I fall on the side of refurbishment, but just know what you’re getting into. Good luck !!!

If you’re looking for a big project, you’ve found one.

Sorting the mechanicals is usually the easier, less-expensive part of the project…assuming DIY labor and no major problems (like an engine with no compression).

Getting it running first is a no brainer, go for it. If it ran before then it will run again for short money. Then I’d pop the glass out (DIY) and bring it around for glass channel only repair estimates. We’re talking fabrication level stuff, so a restoration shop. If that doesn’t scare you off, have it done and then get ready to learn lots fixing the rest yourself. I once had no ability either and even less money and didn’t stop me from diving in.

As mentioned, those floor pans are pretty typical of a S3 that’s been outside, with a windscreen leak, water gets trapped between the floor and the floor mats under lament.

What do the corners (all around actually) of the front and rear windscreens look like? Bubble free, or gnarly? Post pics if possible.

As for the iceberg slice through the top of the fender, that sure doesn’t look like it originated from the glass, or the car at all, quite frankly. It looks like something was poured on the fender and it literally ate through it. I honestly can’t think of any other way you’d get a rip that high and it appears concentrated out and away from the glass - which can’t happen.

You may want to inspect that area really closely for previous accident damage - as that fender may have been sectioned there, the work was poor and the rot is the result.

I differ and say keep it, get it running and driving, live with it for a while and if you love the car as much as your memories of it, when permitted, send it to a body shop to get it pretty again.

As for the iceberg slice through the top of the fender, that sure doesn’t look like it originated from the glass, or the car at all, quite frankly.

Not all that unusual actually. My own Series III, for just one, has evidence of prior rust repairs in that exact area and I’ve seen many others rusted in the same area.

Jaguar had a big block of foam tucked into the body work in that area. The rear screen aperture would begin to rust out and water would then trickle into the foam. That’s my understanding, at least.

Good point Doug - my line of reasoning being that a botched repair would be (the only?) reason why you could get rot that extensive, or a concentrated pool of standing water trapped between the tarp and the car.

All conjecture of course, as the damage is done.

It appears there is a newer repaint on the top of the fender and an older one around the filler neck. I’ve just not seen one that extensive without the corner of the screen being a mushy mess as well.

My plan was to get it dried out and then drain all the fluids and replace hoses and start trying to get the engine running again.

The first step in getting the engine running, Mitchell, is a compression test…?

That said, one floor pan needs welding the others probably only needs a clean and paint; but that gash in the rear fender would put anyone off. And you need to remove loose underbody coating - it may hide a lot of bad things - as may be the screen channels

Sentimentality will cost you…

The system will only let me upload five photos at a time but here are the front and rear windshields as asked. 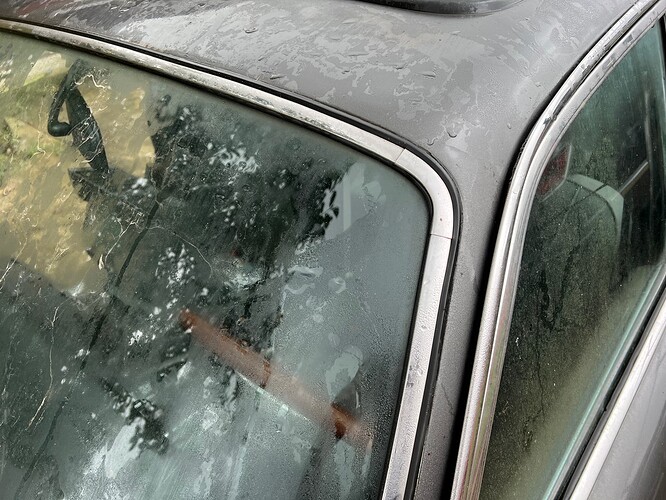 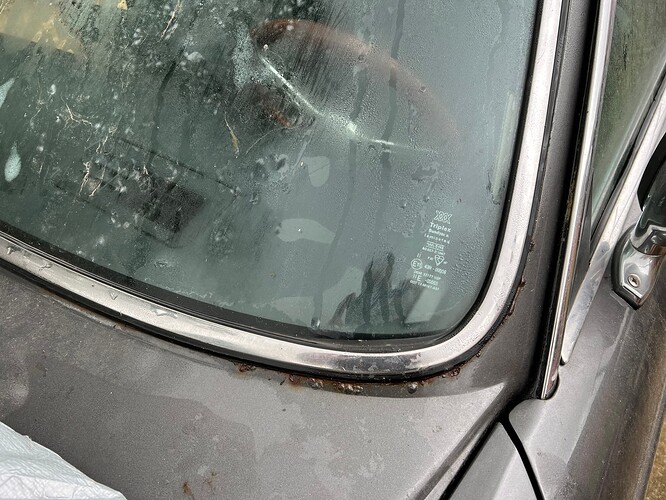 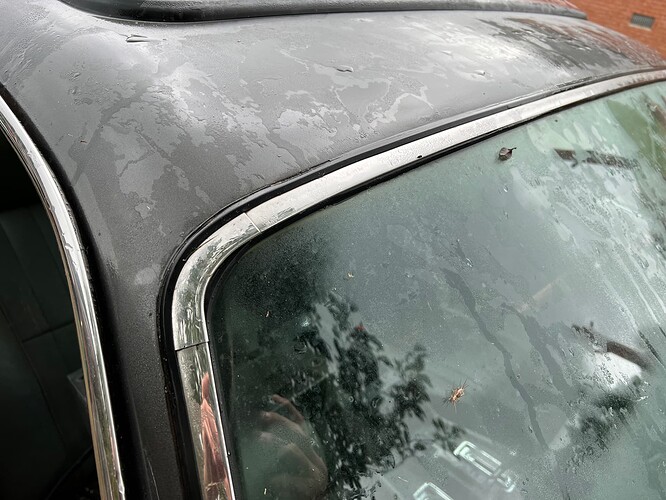 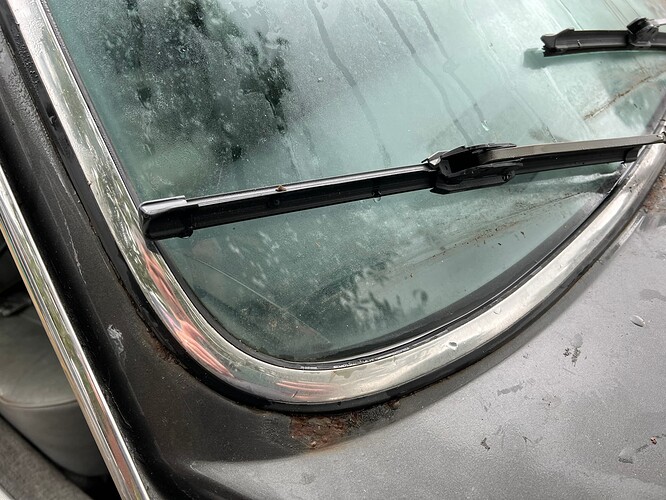 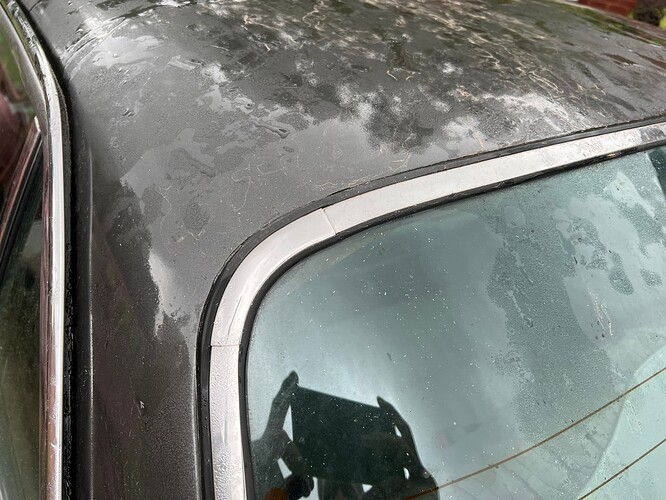 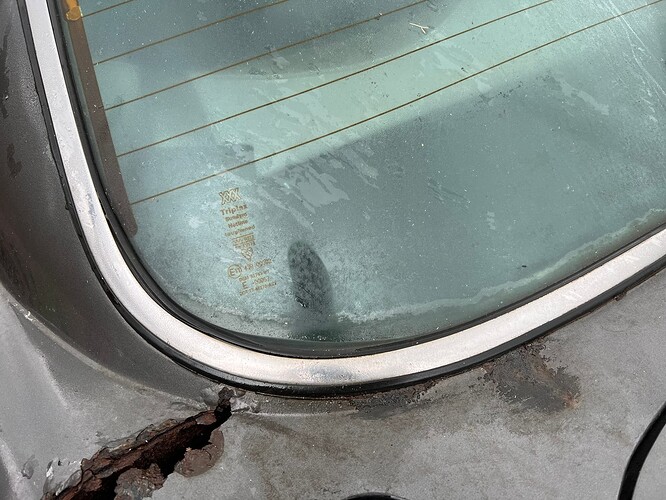 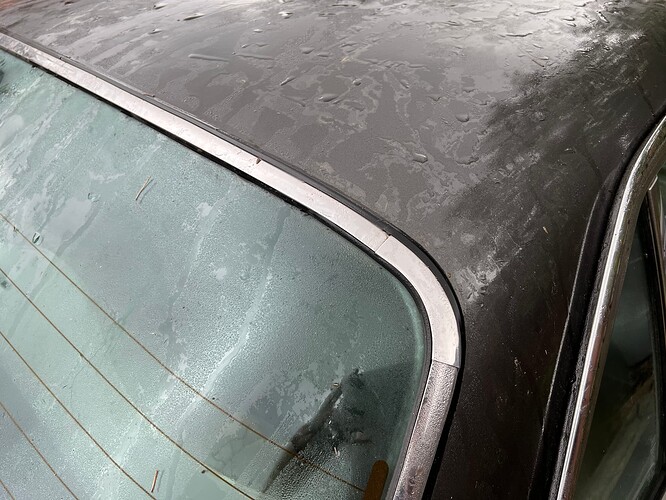 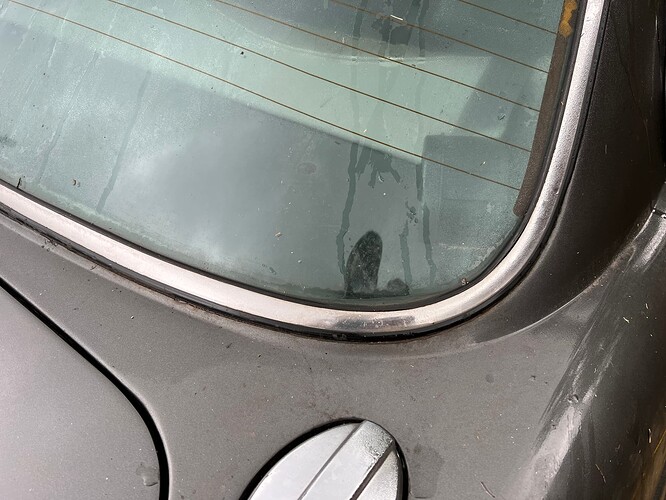 Hi Michael and welcome.
Your screens have to go out, and the channels repaired.
Leaking screens are the source of your misery at the floors and iceberg gap at the rear fender.

If the engine and mechanical stuff are ok , interior leather is good and there are no other heaps of rust, I would keep the car of I was you (but I do the work myself).
It’s all matter of spare budget and sentimental value.

Bingo - here’s what I was looking for - someone has been in there before and did a corner repair - on both sides - thus the crazy rip on the drivers side. 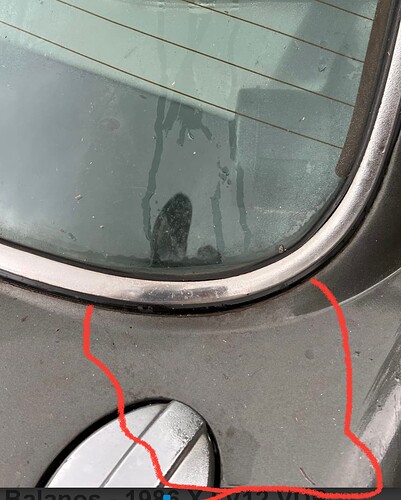 Repairs, in totality, on this car aren’t going to be financially pleasant at your local bodyshop unfortunately.

Does the sentimentality still apply if all the good bits are transferred to a decent, donor bodyshell? Ie, same seats he sat in, same steering wheel he held, just different body. IF you can find one, that would be the sensible way to go, IMO. Get a good body, clean and paint it, if necessary, and then transfer bits over, refurbish as you go if you like and end up with a classy car.

Mitchell, if you have a dry place to keep it, you might consider just sitting on it for a while. As discussed, the body work is going to be pricey; but, Series III cars are in this weird spot right now where they haven’t been discovered yet. Player-grade cars have been selling for five grand since the late 1990s, in the meantime they’ve disappeared from the roads … sooner or later that will change.