I have mentioned this before. One of my four 420G cars (one is a 4,2 Mk10), has always been much noisier than the others, esp on accelleration. They all have the same mild steel exhaust systems and Dynamat in the same positions etc.
I have now concluded that it is the odd looking fan, in the noisy car, that is the culprit. The dar in question came from Chicago with this large, flex bladed dan, and I have never had a reason to question it, as it does the job well. I think that the 140mhad a fan like that, but am not sure.
I will now source a stock fan, and have a NOS fan clutch/viscous coupling
2 questions:
Can the fan be changed with the radiator in place?
What secures the fan to the shaft from the water pump? The 4 nuts secure the fan to the clutch, but then what…?
Is the clutch just pressed onto the shaft? Difficult to pull the current fan off the shaft, and difficult to press the clutch onto the shaft?
Has anyone done this, and can share their tricks?
Thanks,
Peder

What if you removed the fan from the clutch and put the nuts back on the clutch to hold everything together. Test drive it for a few miles without a fan to see if the noise is gone. You can always easily install an electric fan that will be virtually silent.

Good idea. But how is the clutch attachef to the shaft going into the water pump?
I need to remove the clutch in order to remove the fan. But this is looking at another G with stock fan and clutch…
The noisy fan does not have the clutch, I think. Will go and check in the other garage, 5 min away

Oh, I took a photo yesterday of the noisy one: 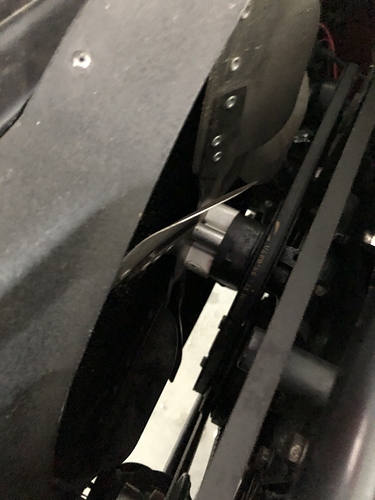 Has anyone done this, and can share their tricks?

some issues to consider

on a 420G, the original Viscous Fan Clutch, is NLA.

space is very tight only about 65mm, so not many fans will fit

the original VC is the same as S1 XJ, and 420 (but not later XJ)…they are NLA to my knowledge.

there is a post from Paul Breen about a Dayco unit that fits right into his S1 XJ6, but afaic, their is more room on an XJ than a 420G…only about 20mm, but enough to matter

early MKX have a fixed fan, no clutch…does yours have a clutch ?

to take off the original, you must remove 4 nuts each from the fan and clutch unit, they will come out then, VC is bolted to the water pump flange

I have a NOS clutch and can easily source a fan, but the idea of running an electric fan is tempting

the original VC is the same as S1 XJ, and 420 (but not later XJ)…they are NLA to my knowledge.

I successfully fitted NBC 2215 AA to my S1 XJ/Daimler Sov - they are still available if that helps.

I have successfully run a pusher fan for a long time ever since I had the engine move ever so slightly and go right into my $700 USD Al radiator. I got $17 scrap from the recyclers for that mess. That attached with something like cable ties what you push through the radiator and secure with a plastic washer on the inside. Might as well boil out the radiator for another 40 years of service. I was told that a pusher would hinder the flow of air but that person was wrong! Installation of a pusher can be a bit touch as you need a beautiful assistant with small hands to reach up through the access hole to get all the fiddly bits. I did not find that there was enough room for a puller fan, although I am sure there are some slim models out there. I am using a Derale brand.
I would go with a hidden switch to turn the fan on in case you see that you are going to be stuck in slower traffic awhile and want to turn it on earlier than the rheostat would activate itself at.

I successfully fitted NBC 2215 AA to my S1 XJ/Daimler Sov - they are still available if that helps.

that appears to be the later S1/2/3 VC…it fits in an early XJ, but because there is about 20mm less in a 420G, that means it runs within about 5mm of the radiator, which is way too close

the early/late XJ VC can be distinguished by the clock shaped spring in the front of the later VC, the early one is absent this

I have successfully run a pusher fan for a long time ever since I had the engine move ever so slightly and go right into my $700 USD Al radiator.

Do you know what size and CFM ?

The VC moves an awesome amount of air, I have managed to source a couple of good spares,

I have a pusher in front of my A/C condensor…they are somewhat visible thru the grille, which I dont like much. (imo), you should find a better way than cable ties to attach that fan, if I could, ultimately they can (will) fret a hole in the rad

I know that in Australia, it was possible to fit twin electrics from some Ford model, including BA Falcons, very powerful and reliable, but did need some nasty cutting of the plastic shroud to make it fit

The twin AU fans are known to be really good, cheap used, and often used in aftermarket projects, the Ford engine is a 4.0 I6

I know that a US “Ford Taurus” has a single fan that moves huge air and is also used to replace VC fans in some vehicles, including modded off-road trucks…check its dimensions

Isn’ t a puller electric fan better? Lots of space and nuce not to see the fan from the front.

It will have to be a VERY thin puller fan to fit and not interfere with the engine pulleys. This is why I went with a pusher model. Take some measurements and check the specs on the fans you are looking at.

How does the VC work? Something about it stopping when not needed, or at higher speeds? I have it on 2 420G cars. The fan spins freely with engine shut off and gets going when engine is started.
Butback to my question about replacing the 8 large alu bladed fan which I want to repkace as it makes a lot of noise. I have what I think is a NOS VC and xan source an orig fan.
I see on the blue car how the VC is attached to the fan. How is the VC attached to the shaft going into the wster pump? Just pressed and ending flush with the back of the VC?
When I put a finger behing the mounted VC the back is flat. But the spare VC has a hole (for the shaft)…
If the VC is pressed onto the shaft, I think that the radiator needs to come out so that I csn use a hammer to press it onto the shaft, until it is flush with the back of the VC 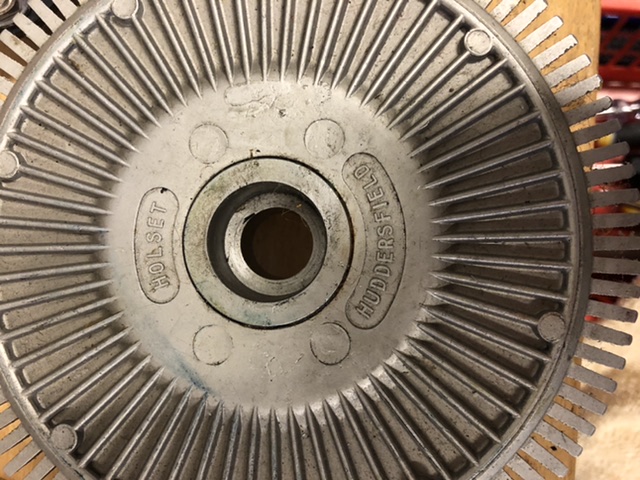 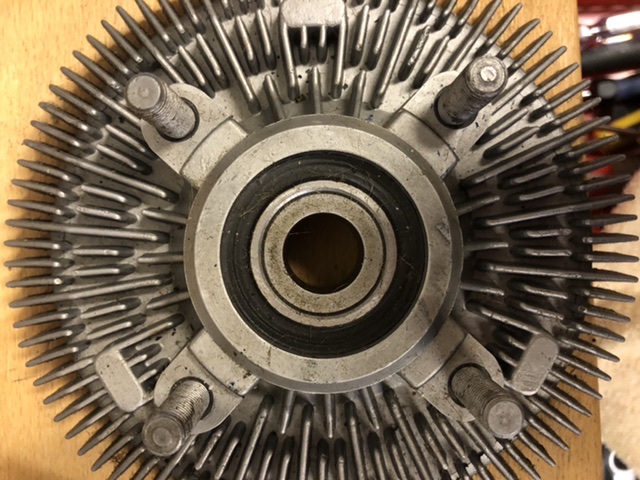 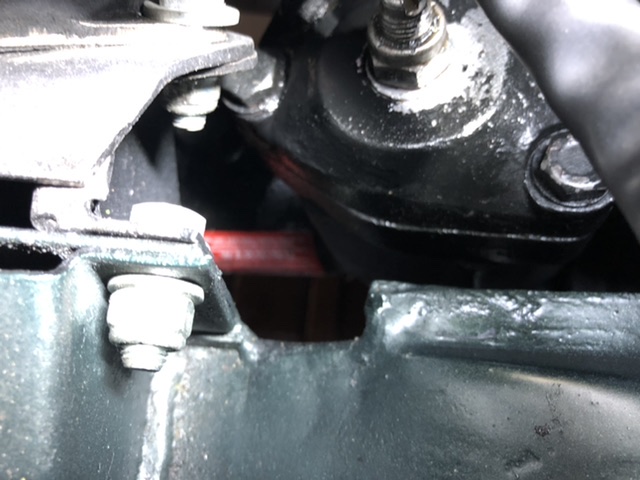 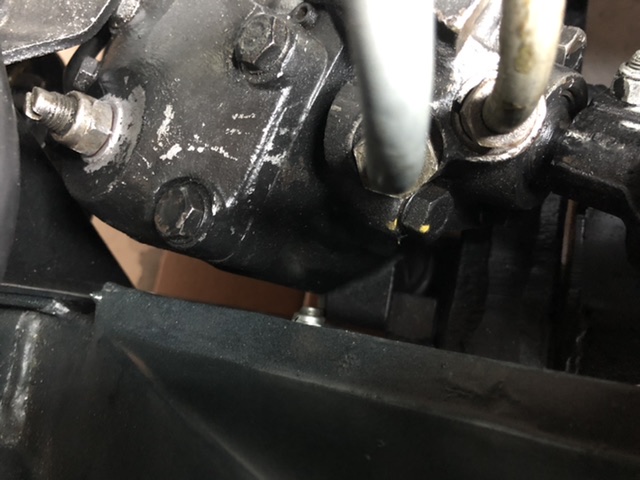 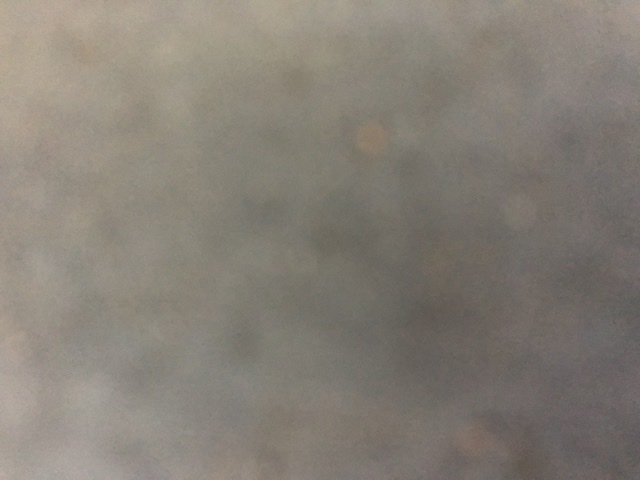 They do not have a hole in the front, they are smooth

(I just checked my spares)

I do not know exactly what it is you have there

If the fan fits to it, and it can be bolted in, it may work

Peder, if the fan spins freely at rest as you say, the VC is no good. It should turns only stiffly when the engine is stopped, but freewheel at higher speeds.

i fitted a staiinless flev fan bladed from an american jobber and is another world of cooling and balance it.rerquires mnnor sanding to achieve perfect fit.if i remember correctly it was about $25. 30 years ago ,likely much less now. jjj

Peder, if the fan spins freely at rest as you say, the VC is no good. It should turns only stiffly when the engine is stopped, but freewheel at higher speeds.

too little or too much is both a fail

In addition, when rotated very slowly and carefully, the movement must be perfectly smooth, not at all notchy

Great info. I just checked another car and the fan spins but not as freely as on the first car (but not as little as you say).
(And on a BMW coupe 1973, with a new fan with integrated VC, the fan is super locked with engine off. So same principle😅)

But does it really matter if the no longer available VC works as intended or not?
Just means that the engine wastes a couple of HP in turning the fan when not needed!?!?

But does it really matter if the no longer available VC works as intended or not?
Just means that the engine wastes a couple of HP in turning the fan when not needed!?!?

my understanding of the situation is the VC is a turbine-like structure inside, with a bush and valve.

The problem takes place is that the VC can self destruct under bonnet, and its very bad, happened to one of our club members in his S1 XJ6

A “seized” clutch also should not be ignored, as it probably means the internal parts are worn…and may separate

I was fortunate to scavenge several of these off seized motors on wrecks from 420G or early S1 XJ, therefore when I found mine to be a complete failure on the wobble test, I installed a very good spare

another way to tell it is good, is you dont hear it for about 2-3secs after engine starts, then it comes in with an audible whoosh

I also have a home made adaptor which allows direct fitment of the steel fan blade to the water pump, this was used by a guy that had several of these cars as wedding cars, because they idled so much, this was the best way to keep them cool

Peder,
There are apparently some nuances to the Jaguar VC that I was unaware of, but in general, it does matter whether the fan works properly. I had this experience with an 80s BMW with a bad VC (free-wheeling when spun with the engine stopped). It had a tendency to run warm during stop and go traffic. The fan was spinning, but not with proper force to move air and cool the engine sufficiently Of course, at speed, it was still free-wheeling. I replaced the fan clutch and the problem resolved. As you said the intent is to save the energy and noise at speed, so you could theoretically go to a non-VC fan. I have a flex fan on my Mk2, but admit that it is a bit noisy - cools great, though!
Ron