My grand father drove a Swallow SS Cars before the WWII in the north of France. The car belonged to his boss, he was just the driver/mechanic but he was amazed by this car.
He often told me stories about the car, like the fact he drove it when German arrived in 1940, when he had to drive his boss to different facilities in the country, or when he has to rescue people on road during exodus.
But he didn’t tell me what was the model or what the car became after the WWII.

What i know for sure :

Do you know how i can find more information about that car ?, i assume the car is not there for a long time but i want to recontruct a part of its history and maybe find it in a barn !

I think it’s true to say that any reference to the Swallow name disappeared in the very early 1930s. If the car had four seats and left the factory in 1938 or 1939 it could have been a saloon or a four seat drop head coupe with one of three engine choices. A four cylinder 1½ litre, a six cylinder 2½ or 3½ litre. The photos below are of six cylinder models. The four cylinder cars were the same from the windscreen backwards but had a shorter bonnet. 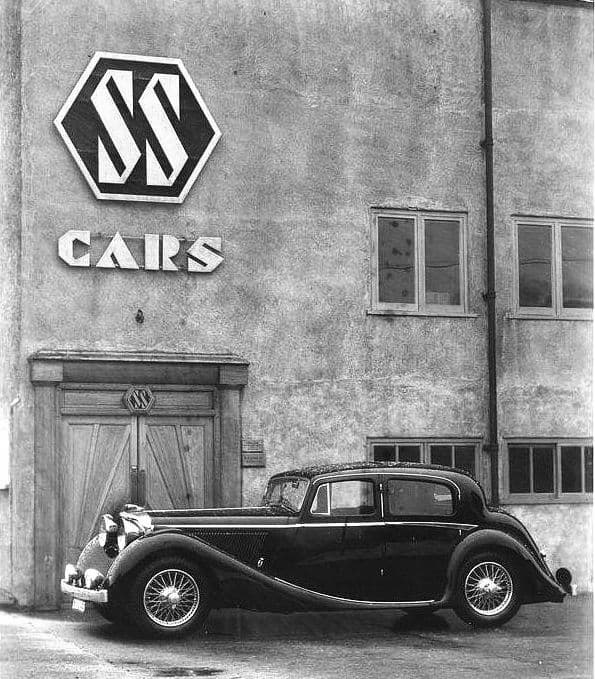 I hope this helps,

My Grand father always refered to the car with the name “Swallow”. He never talked about SS1 or any other names, always “The Swallow”.

So if i understand correctly, the car could be older than expected, from early 30’s. 1938/39 is when he became a driver, he was 14 at that time so maybe his boss already had the car previously.

I guess you will already have found this link: Swallow Sidecar Company - Wikipedia

Without much else to go on, I suggest it could have been a Swallow body on another chassis, such as a Standard, Swift, Austin, Fiat or Wolseley. The Swallow name would have been prominent on the radiator badge or on the grille. That would put the date of the car more like 1927-1932. 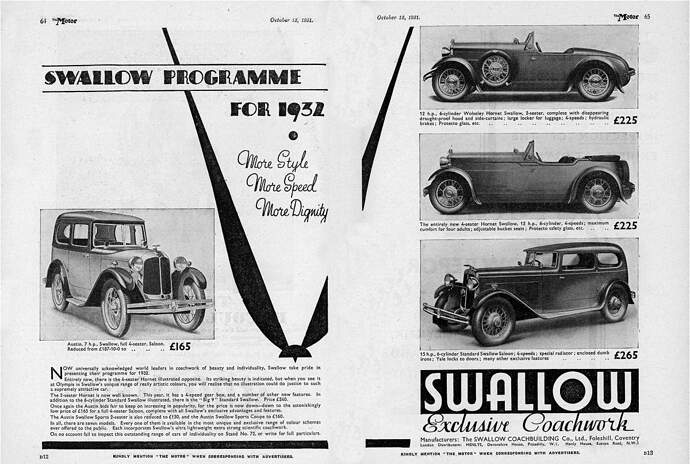 Oh i see. On their website, he is a kind of an archivist/librarian !

Was sagen Sie?
Anyway, here are a couple of cars and grille badges. 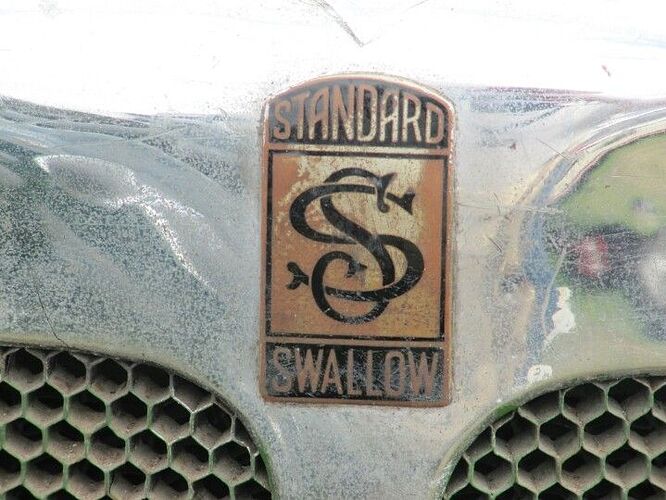 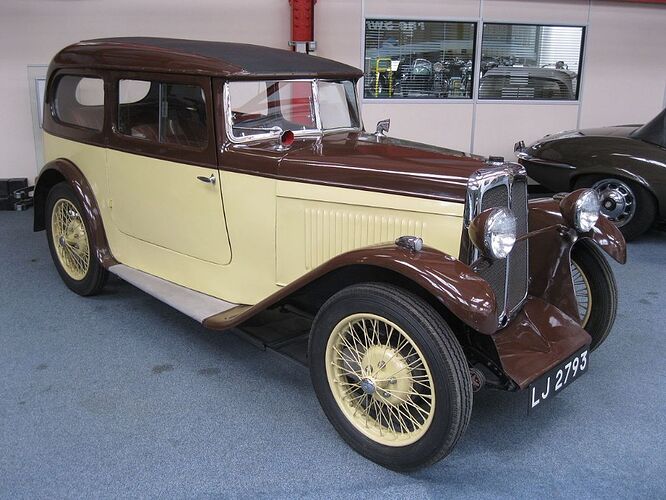 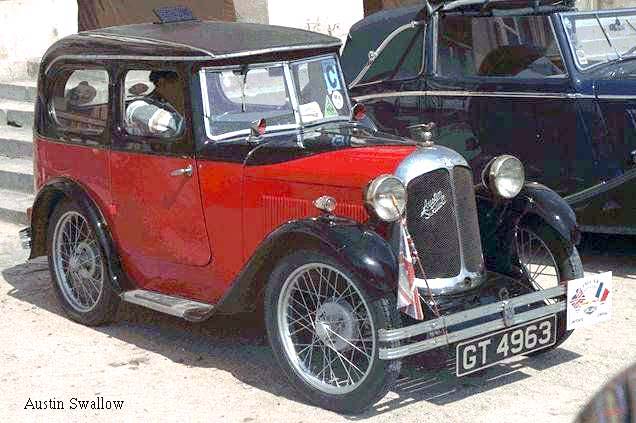 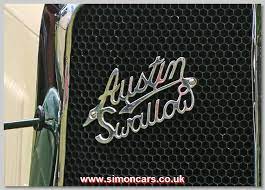 I continued my research.

I found that the official importer in France at that time was Charles Delecroix, whose garage was in a town called Marcq en Baroeul, next to Lille, about 50 km from Abscon, where M. Delloye live.

The car i am looking for is probably one of these 19 SS One.

I am going to consult the registration for these years in the next few days at the archives of the region, and i hope to find the register number and the model of that car.

I also know that my grand father frequently drove his boss to Lille, mainly for his business, so he probably drove him to the garage in marcq en Baroeul

I found the car in the archives !!!

I hope this helps to find the car and its story

I hope that you find its current whereabouts, and it will be great to hear its story! 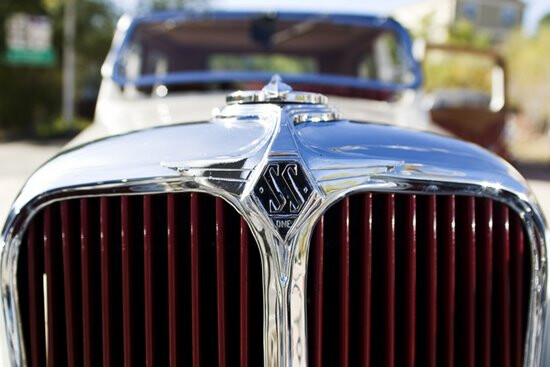 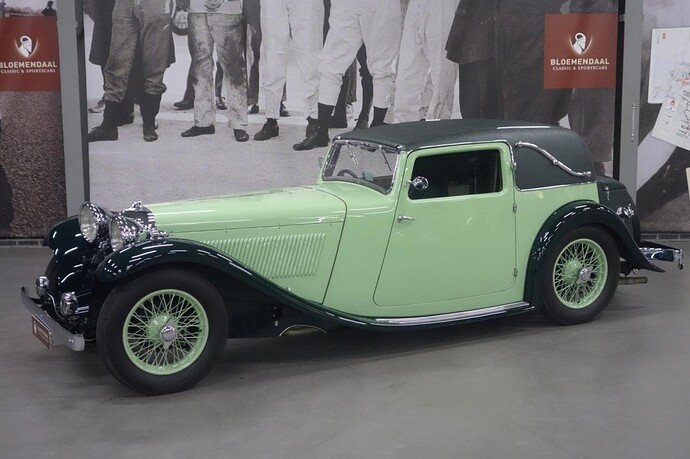 How do you know it was a RHD ? there were all RHD at that time ?

15 swallow : 14 SS1 and 1 Swallow Jaguar.
I have all the châssis number, and first owner. So if someone wants my small register, i can send to him.

there were all RHD at that time ?

Yes. SS Cars never made any LHD cars. Jaguar Cars made the first (MKIV) LHD cars after WW2, from 1947 onwards. At least on the bigger cars also the engine numbers have an ”L” in the prefix for LHD configuration. I have engine number SL2199 from late 1947.

Good catch you found the numbers in the archives,

The ”Swallow” is confusing.

Swallow Coachbuilding continued until 1955 with for instance the Swallow Doretti.

SS Cars Ltd was the company that made the SS1 and SS2 from 1932 to 1936. In September 1935 SS Cars intruduced the SS Jaguar. After that no more SS1’s were made, except the SS Jaguar Open Tourer for a very limited time.

The Swallow Coachbuilding cars were built before the SS1 & SS2 and the formation if the SS Cars Ltd. But it did not end there, it continued as a separate company, so no SS1, SS2, SS Jaguar or SS90 or SS100 was ever a “Swallow”.