Was reading on a Facebook group about swapping the bumpers on a series 3 for some series 2 bumpers, but couldn’t get any pics of the swap, any ones has pics of the swap?

The swap is usually S2 Euro for S2 Federal, which is a significant visual difference between slim chrome and chunky black rubber. The swap twkes some work and I’m midway doing it myself.

There is far less difference between Federal and Rest of World S3 bumpers and I think if you drill pierce the shock-absorbing Federal mounts and push the rubber-covered beam all the way in, the two types of bumper are almost identical in appearance. 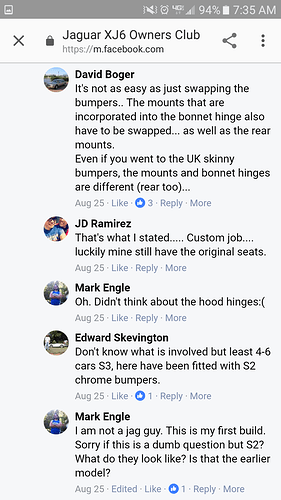 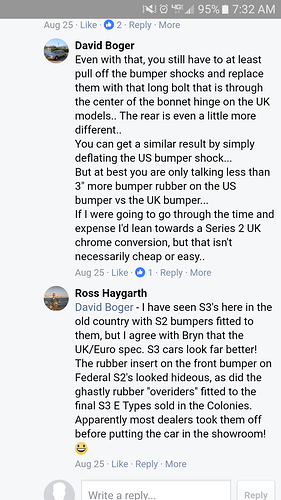 That’s what I was reading 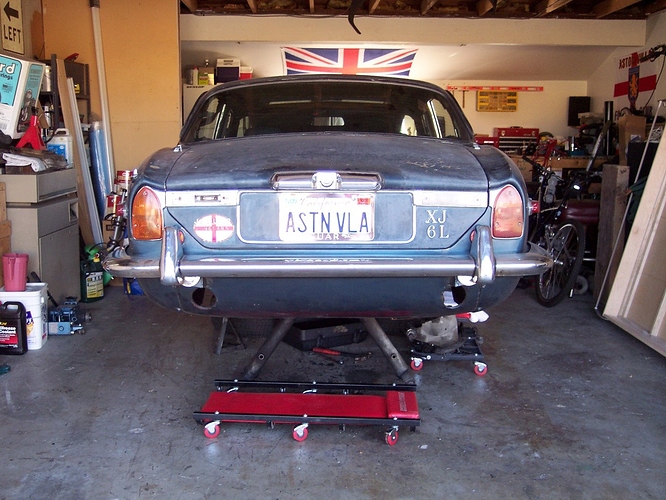 That’s nice, now see how would it look on a series 3

Also does any one have a pic of the bonnet hinges needed for the conversion, that way I can start looking for them also

The overriders are hiding the round Federal reflectors which should be removed and replaced by rectangular ones under Euro spec amber/red rear lights. The reflectors have a chrome surround and are on tapered black plastic plinths to account for the curves in the bodywork.

I will show pix of the hinges tomorrow.

The overriders are hiding the round Federal reflectors which should be removed and replaced by rectangular ones under Euro spec amber/red rear lights.

Just like the USA Series 1. The bumper looks the same as the late Series 1, too (no number plate light in the centre section; bootlid plinth with light same as in Series 2).

Is the European S2 rear bumper the same as S1? I realize that the front bumper is very different. Seems like I once knew the answer to this question, but now I forget.

Does anyone have info on the conversion ??

This guy is into these conversions. Andrew http://www.jaguarspecialties.com

Yes, am doing this conversion. I took pix ofs the altered bonnet hinges as requested, but forgot who wanted them.

That would be me, please post them when you get a chance 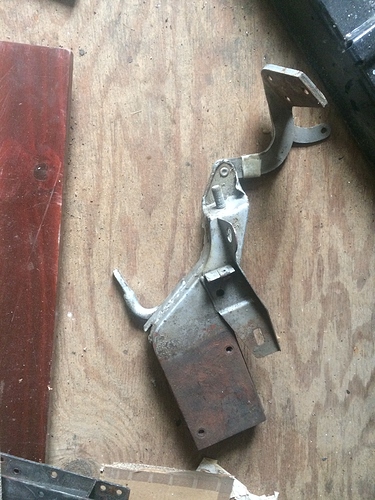 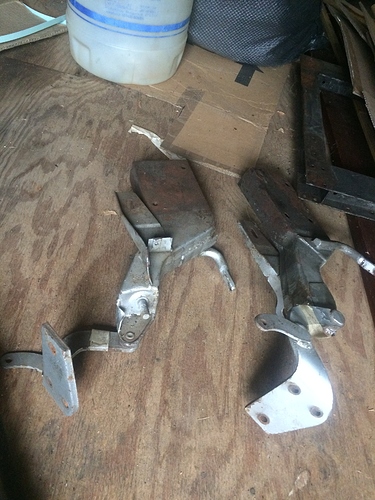 Thanks, are the hinges the only thing that gets modified?

You need a different grille under the bumper, different front indicators and modified rear safety mounts. Plus euro rear reflectors and lenses. All stock rest-of-world parts. You can probably get by without a few of these parts but it might look unfinished.

So correct me if I’m wrong, but I would have to get series 2 euro hinges?

Any one selling a set of series 2 euro bonnet hinges?

Do you have any photos of the rear mods made to attach the Euro bumper ?

Sorry I do not. I’ve never done the conversion, and I’m not even sure what the difference is between Euro and US for the rear bumper.

Right side Euro hinges can be had for less than $200. LEFT or Ditch Side are hard to find because of corrosion…$1250 !